.
The invisible hand of ever-hungry Moloch,
insatiable in its demand for blood,
mimics human greed..
The “greys” are the El(ohiem); the “owl” is the Moloch. These are the primary two invading species, the offspring branch of SET/”An”. They are classed as both “Alien” for being non terrestrial; and “Demonic” for the reason that their place of origin is the Abyss, which is a negative space with negative entities that had breached the Law and were cast off. A type of prison for evil.
.
The owl was the entity in “Fourth Kind”. Also called the “owlman of cornwall”. Their primary food source is children. The bilderberg is the coven of moloch.
.
Lilith is Queen of the Moloch.
.
In the coptic record they were stated to have a pathological hatred of mankind.
.
QE is Lilith.
.
The El are the ‘god’ of the Papal. “AL, IL, EL, are Latin suffixes for god El” “Pap-el” is father el. The El created the Nephilheim and Ba-el. The Ba-el are in most of the ‘coven moloch’ images, they were responsible for taking children for human sacrifice. The grey’s (EL) pact with the Papal, Royal, & Federals, was that they would allow the abductions for a food and possession source of host/vehicles; in exchange they would see that the group remained in power.
.

.
Lilith Mother of Vampires
.
There are the diabolical reptilians which invaded the celestial realm of this solar system eons ago … and did so long before the satanic celestials and their kindred species of reptilians secretly became allies with these aggressive reptilians over 2000 years ago … at which time they evil reptilians invaded the inner earth and underground tunnels and chambers which were originally occupied by earth’s kindred reptilian species … as the satanic invaded galactic regions of certain stars ..
.

.
Reptilian Shapeshifters
.
When the corresponding attack in earth and in the stars were completed … ‘stargate wormhole’ alliances were established with other sinister aliens of the stars, and other aggressive alien species of other planets .. during the same time the original ‘stargate wormholes’ were shut down .. cutting this solar system off from their Loving kindred celestials …The Earth matrix was conquered by the satanic alliance, and humanity and their human kindred species of earth bound reptilians were held hostage .. and the celestial world complied until this generation when finally the true Federation of Positive Light Stars have established victory and celestial order … as change in now in process to return the planet and the stars to their rightful owners so assigned by the CREATOR …
.
That is the myth history that the Nephilhiem dish out. You are not in your original location. We were pulled into the Abyss during the War. They rule here, and that is the BS the ‘adjusters’ put in as ‘history’ to make it seem as though it had always been this way for you. They layered our minds with it. It is Lilith & her Melchizedek Order that writes the Akashic records. They alter what they want, in that ‘history’.
.
The El created the Nephilheim and the Ba-el. The Ba-El were the overseers of the human slave populations and responsible for taking the children for human sacrifice to the Moloch. They were Part Bull, another of the El genetics experiments. Their statues are in the museums even today. Another name for them is “Jersey Devil”.
. 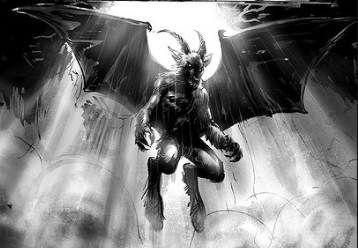 .
The Law was: “In every land and every Language the Conquering children of SET were given a name”
“Athene” & “Minerva” are simply other names for “Lilith”. By Coven Law, All priest Kings had to have a god name, a title name, a common name, and a coven name for Each Coven they created under the blood pact. When promoted that name had to change to reflect the promotion.
.
These are all the coven & god names used by Elizabeth 1 “Gloriana/Inanna” who was “Lilith”. So are Hecate, Selene, Isis, Cleopatra, Shiva, etc. All the coven age laws and history is now removed. Elizabeth/Isis/Lilith, is Queen of the Moloch. These were the owl race. Their Egyptian hieroglyph ‘owl’ was the symbol for “Moloch”. Which is why the Bilderberg coven of Moloch uses a 40 ft owl statue. This is who was represented in the movie “The Fourth Kind” In England, they are called the “Owlman of Cornwall”.
.

.
They have removed so much information in our books, it is a crime against humanity. They removed that the Coven age created all Religions world wide. More importantly, they removed and altered the calendar dating system and divided up these ‘greek, roman, hebrew, etc’ names as different people. If you look up the Chicago newspaper of the “Luciferian” it is dated C.E. 1901.
.
If you look up the ‘great architect’ the flag bearer is dressed in that era, 1890-1915. When you try to explain that “Azazel” was the incorporated Coven name for Alexander, as was Baphomet & Massawa they still do not make the connection to Alexander Romanov, who was Elizabeth’s first husband and her nephew.
Elizabeth and (Mad King) George were the “Incestuous Twins”.
. 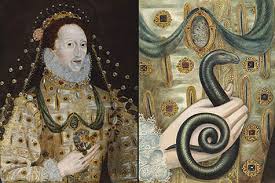 .
QE1
.
Even when you point out the painting of QE1 that is now bleeding through, showing her posed as Isis with the Asp and Georges face behind her, they blindly insist these people wouldn’t lie about this history. The fact that they named it under the french terms for “Repentance” does little to gain them redemption. You’ll never believe who the coven name “Jesus” was for.
.
This betrayal is the ultimate act of a pedophile, which is “High Service to Selene” and “Lilith’s” main sacrifice is still children. This is what the Vatican and their covens have done, and why they don’t prosecute pedophiles. She was exiled for removal of the esoteric laws, and for this cover up. “Lady under the Hill” and “Lady in Exile” her covens call this being that is neither human nor was she ever a ‘lady’.
. 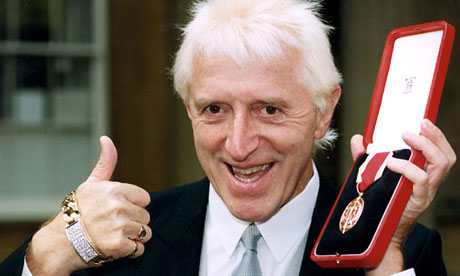 .
JIMMY SAVILE : CHILD PRECUROR FOR THE ELITE
.
Many things r made OBSCURE simply for the purpose of misleading the masses @future times. Yes our calendar was been cut – to the extreme. Lilith is a dangerous one- So much so they have changed her history & name to make it easier for other’s to fall in line w/the belief system set forth now.
.
Azazel- is so much more dangerous than Lilith.
.
His agenda(s) shifts for different reason’s. It is notable that in the old family lines deep magik practice causes a type of insanity & to ensure a “Pure unsullied Bloodline” Inbreeding & Incest is prevalent. Not all lineages. No outsider’s basically. Baphomet is a very High Principality & is one of the three Princes, specializes in mass hypnosis Commanding many legions. There were many “covens” not dared to be spoken of @this day & age most likely to protect the “Charge” each coven had been entrusted to carry. Now they go by many names as well but still exist just in different more modern form but the belief system & homage still adheres to the Principality overseeing the line…. One of the goals is to make all doubt a stable faith system to cause confusion, no where to turn & everywhere u do there r many unanswered or disatisfying answers.
.
Remember, that it takes a certain kind of person to be able to research & understand all this of the spirit realms & how they operate. Many would become mad, many would refuse to believe the intricacy of all this, & many still would not survive being touched by any of this. Throughout the ages they have devised different way’s of reintroducing the spirit realm, dieties, worship to make it more acceptable to “modern” men. Albiet they have let a lot of the truth of the matter obscured to easily mislead.
.
For example: there r not many that practice Magik in it’s old world way & those that do r very powerful indeed, & u don’t find too many. But when it is conducted as the ancestor’s did u have high magik @work, it is also tied into this issue in the video, Those of high position it seems that today it is the same. MANY in positions of power hold on to all the lineage ancestry & pass it on.. In order to bring about a huge result many sacrifices must b offered. There is a lot going on. & DNA the goal is to corrupt Jesus’ line & void his new covenant which would turn the tide for us & make this an openly demonic world.
.
Everyone is about to get the “red pill”. The Veil is about to lift, as the division of the families occurs. It is unfortunately true, that all current religious, wiccan astral travels and magic systems; all archaeology, history and our governments politicians; all societal belief systems and space theories; all belief of thousands of years of time and different dimensions; will be unveiled as a trick. During this War, they made us see what they wanted us to see and this enabled them to use us as they wished. We could not see them hiding in the Vehicles, as judges, priests and politicians.
.

.
They implanted memories of history and experiences, to give us a long timeline. This War has not gone on for thousands of years. In this domain which is called the Abyss, it has been barely a hundred years. In the realm above from which we were stolen, it has been far less. The reason the ptb is panicking is because they have caught sight of the Arc’s sent in to retrieve us.
.
Their time is short. & we are easily led to see what we “percieve” to be true. Our reality is not our own- their time is surely different than ours, it seems like a long time to us but it’s actually weeks to them. We are so valuable & capable of so much which is why they use humanity. The levels of Heaven are not that far from us as we move into dimensions we will merge w/those levels & that is what makes this upcoming battle so much more worrisome. Things are about to change. We are caught in the crosshairs. The reward will be far grander than anything our physical bodies can imagine.