Let Food Be Your Medicine - Your Body is Your Temple Investigative Journalist, Sherri Kane interviews Dr. Leonard Horowitz on the Big Island of Hawaii in Kona at the Earth Day Festival about his new extremely controversial documentary film "PharmaWhores", that names all the big players and their roles in the genocidal agenda taking place, including the Polio fraud fright that is occurring right now with a goal to get billions of children vaccinated for profited population reduction.


A Harvard University trained expert in health education and media persuasion, he has additional expertise in genetics and electrogenetics, virology, and vaccine research and development, by reason of his academic trainings, scientific publications, sixteen published books, and internationally recognized authority in these fields.

Over the past 30 years he has become a best selling author, personal care educator, consumer protector, alternative and complementary care specialist, and by far healthcare's most controversial critic of the pharmaceutical cartel, especially following the release of his second documentary film, In Lies We Trust: The CIA, Hollywood, and Bioterrorism.


His celebrity has expanded internationally making him the second most popular alternative healthcare professional on YouTube, following Depak Chopra, despite frequenty reported suppression of his information and reduction of registered views and viewer ratings.

Dr. Horowitz has formulated, or co-created, numerous natural remedies for public protection and remediation of diseases; and holds trademarks covering several products that compete powerfully with the drug industry’s monopoly over infectious disease prevention and remediation.


In this "Age of the Great Plagues," the doctor's most important advancement is the 528Hz frequency resonating silver hydrosol called OxySilver, that Dr. Horowitz describes as "a combination of God/Water, LOVE/528Hz energy, and superconducting nanosilver bonded to oxygen." He predicts OxySilver will put BigPharma out of business as people learn how simply and powerfully this mineral Water works energetically, "especially when coupled with heart-felt loving, faithful, and prayerful intention, to heal virtually every physical or chemical malady ailing humanity."


As you might expect from his biospiritual orientation, Dr. Horowitz is a Levitical priest by virtue of his bloodline, spiritual direction, and ecclesiastical commitments. He is the body corporate and Overseer of The Royal Bloodline of David, an omni-denominational healing ministry.


In 1999, Dr. Horowitz was voted "Author of the Year" by the World Natural Health Organization for his first national bestseller, Emerging Viruses: AIDS & Ebola—Nature, Accident or Intentional?

In 2006, he was honored by the World Organization for Natural Medicine as a "World Leading Intellectual." Later that year, he was honored for his global efforts to advance public health and vaccine risk awareness by officials of The Sovereign Order of the Orthodox Knights Hospitaller of Saint John of Jerusalem.


Dr. Horowitz received his doctorate from Tufts University School of Dental Medicine in 1977. As a student and faculty member at Tufts, he taught medical and dental histology, graduated with honors, and was awarded a research fellowship in behavioral science at the University of Rochester.


He later earned a Master of Public Health degree from Harvard University focused on behavioral science and media persuasion technologies, and a Master of Arts degree in health education/counseling psychology from Beacon College, all before joining the research faculty at Harvard School of Dental Medicine to study psychosocial factors in oral health and disease prevention.


While in Boston, he also taught master’s candidates, “Pain, Fear and Stress Management” for Leslie College’s Institute for the Arts and Human Development.


For more nearly 30 years he has directed the nonprofit educational publishing company that has evolved into Tetrahedron, LLC.  See more at www.drlenhorowitz.com


Aluminum - A light metal that causes dementia and Alzheimer's disease. You should never inject yourself with aluminum.


Antibiotics - Chemicals that promote superbugs, which are deadly antibiotic-resistant strains of bacteria that are killing tens of thousands of Americans every year.

You can see this yourself on the National Toxicology Program website, featuring its 12th Report on Carcinogens.

This is the "dirty little secret" of government and the vaccine industry.

Monosodium Glutamate (MSG) - A neurotoxic chemical called an "excitotoxin." It causes brain neurons to be overexcited to the point of death. MSG is toxic even when consumed in foods, where it causes migraine headaches and endocrine system damage.

You should NEVER inject MSG into your body. But that's what health workers do when they inject you with vaccines.

You should never touch, swallow or inject mercury at any dose. There is no safe dose of mercury!

Doctors and vaccine pushers LIE to you and say there is no mercury in vaccines.

In addition, National Toxicology Programs admits in its own documents that:

Thimerosal was found to cross the blood-brain and placenta barriers.    The hazards of thimerosal include neurotoxicity and nephrotoxicity. This means brain and kidney toxicity.

Similar toxicological profiles between ethylmercury and methylmercury raise the possibility that neurotoxicity may also occur at low doses of thimerosal.

There are no existing guidelines for safe exposure to ethyl mercury, the metabolite of thimerosal.

The assessment determined that the use of thimerosal as a preservative in vaccines might result in the intake of mercury during the first six months of life that exceeded recommended guidelines from the Environmental Protection Agency (EPA).

In the U.S., thimerosal is still present as preservative in some vaccines given to young children, as well as certain biological products recommended during pregnancy.

Thimerosal remains a preservative in some vaccines administered to adolescents and adults.  Thimerosal continues to be used internationally as a vaccine preservative, which creted irreversable eye damage. My mother wend BLIND taking vaccinations each year from this toxic mess.

The report then goes on to say that the FDA studies thimerosal and somehow found it to be perfectly safe. THEY LIE.

It also states that vaccine manufactures are "working" to remove thimerosal from vaccines, but in reality it's still being manufactured right into the vaccines.

This report also reveals that the FDA requires preservatives like thimerosal only in so-called "multi-dose" vaccines -- vials that contain more than one dose of the vaccine.

Drug companies could, if they wanted to, produce "clean" single-dose vaccines without any mercury/thimerosal.

Multidose vials are preferred by some physicians and health clinics because they are often less expensive per vaccine dose and require less storage space.

So the reason why your child is being injected with vaccine boils down to health care offices making more money and saving shelf space - and dumbing down of the population!


Visit this CDC vaccine additives web page, which openly admits to these chemicals being used in vaccines right now.

It's not a conspiracy theory, it turns out. It's the status quo of modern-day vaccine manufacturing!


And just in case the CDC removes that page, here's a screen shot, taken October 22, 2012, showing exactly what was on the CDC vaccine additives page.

The most common side effect of a vaccine injection is a headache.

The CDC admits that over 30 percent of those receiving vaccines experience headaches or migraines.

What could possibly be in vaccines that would cause headaches, migraines and brain damage?

How about the mercury, the formaldehyde, the aluminum and the MSG!

The argument of the vaccine pushers is that each vaccine only contains a tiny dose of these highly toxic substances, and therefore it's okay to be injected with them.

U.S. children are now receiving over twenty vaccines by the time they're six years old!

What's the cumulative effect of all these vaccines, plus the mercury from dental fillings and dietary sources?

What's the effect of injected mercury on an immune-suppressed child living in a state of chronic nutritional deficiency?

Doctors are playing Russian roulette with our children, in other words, where every injection could cause a seizure, coma, autism or death.

If vaccines are supposed to be good for you, why do they contain so many additives that are BAD for you?

You wouldn't want to eat mercury in your tuna fish.

So why would you allow yourself to be injected with these deadly substances?

When you buy health food, you want that health food to have NO mercury, NO MSG, NO aluminum and certainly no formaldehyde.

No sane person would knowingly eat those neurotoxic poisons.

And yet, astonishingly, those same people literally line up to be INJECTED with those exact same brain-damaging poisons, with the justification that, somehow, "This injection is good for me!"

Absurdly, the vaccine industry says these toxic ingredients are intentionally added to vaccines to make them work better!

The theory behind vaccines was that weakened viruses would give the immune system a rehearsal so that it would build up antibodies to the real thing.

Where does mercury, MSG or formaldehyde fit anywhere in that theory?

Does your body benefit in any way from exposure to formaldehyde? Of course not. The very idea is ludicrous.


Nearly all vaccines for the masses are deliberately formulated with neurotoxic chemicals that have absolutely nothing to do with the science of vaccinations, but everything to do with autism, Alzheimer's disease, early-onset dementia, immune suppression, and the mass dumbing down of brain function.

That's the real purpose of vaccines

Not to "protect children" with any sort of immunity, but to inject the masses with a toxic cocktail of chemicals that cause brain damage and infertility.

Mercury, MSG, formaldehyde and aluminum. The whole point of this is to dumb the population down so that nobody has the presence of mind to wake up and start thinking for themselves.


The smartest, most "awake" people still remaining in society today are the ones who say NO to vaccines. 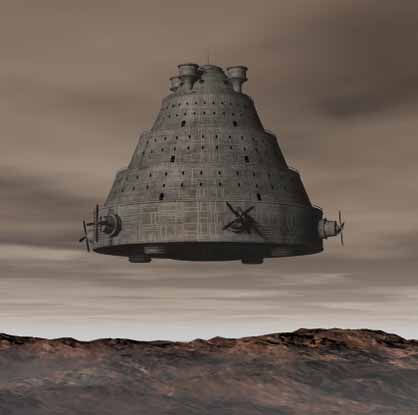 ★Legacy of William Cooper★★Hero of Truth 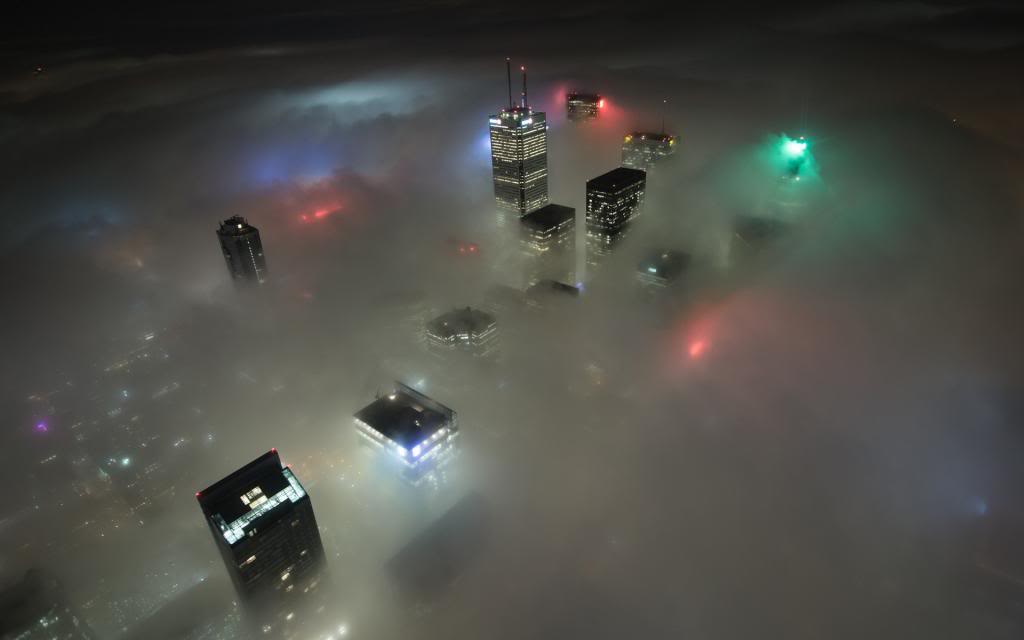 Monsanto’s Crony Capitalism Ben Swann exposes video exposes the truth) Is this still the Land of the Brave and Home of the Free?

Health Effects of Radiation You cant see it, smell it taste it Heres How It Can Hurt You Celebrated Physician: Fukushima has humanity on brink of a possible worldwide nuclear holocaust The world as we know it has changed Effects on our health are incomprehensible

GMOs have NO PLACE IN INFANT FORMULA 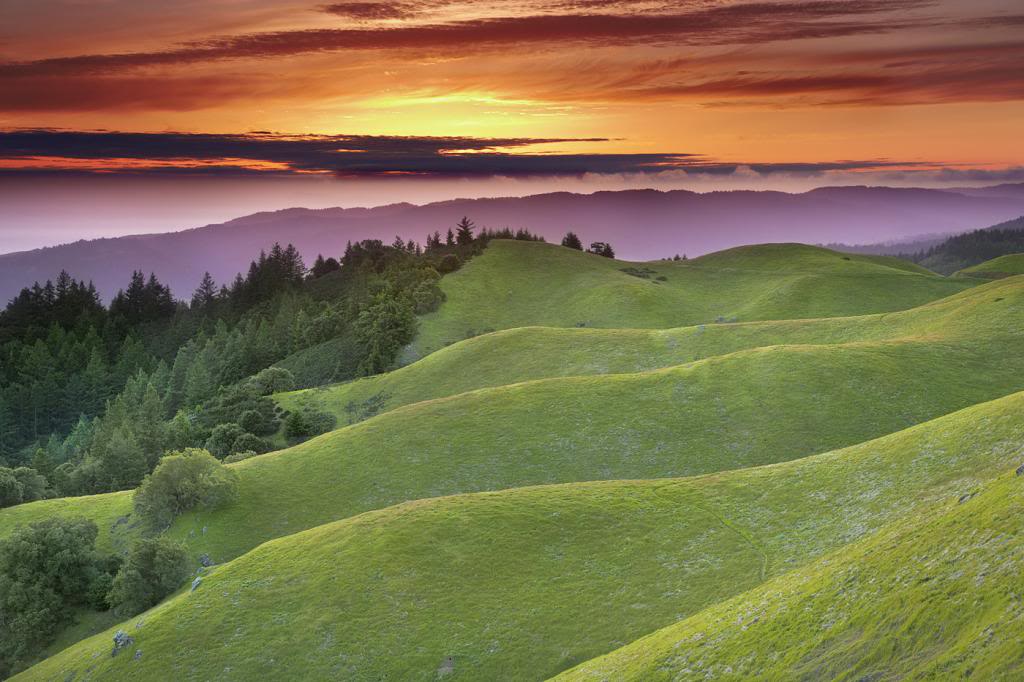