By John DiNardo
Although The Washington Post reported N.A.S.A.’s discovery of “Planet X” in 1983 , most people cannot imagine why this dwarf star has taken so much time to be gravitationally pulled in by our Sun. To understand why, we must realize how vast our Solar System is, and that this body is actually decelerating after it overshoots the Sun at the underside of our Solar System’s Ecliptic plane, as it then makes a huge U-turn through the outer Solar System, up and over the Sun.
The late Dr. Harrington discovered that Planet X was coming in way below the southern skies of the South Pole, so in its natural elliptical trajectory, obeying the laws of Newtonian mechanics, it would overshoot the Sun below the Ecliptic, and would begin to decelerate as the Sun would then begin to pull back on it during its overshoot. The resulting vast looping U-turn could, depending on its mass and velocity during its overshoot, take it beyond Pluto before it could decelerate to a speed component of its velocity vector equal to zero miles per second, as it would gradually be reversing its direction, beginning to loop up into the Ecliptic plane, then above the Ecliptic, on a trajectory over the paths of all the planets, including Earth, and then over the north pole of the Sun.
Notice the great many record-breaking floods, hot and cold temperature extremes, droughts, wind storms, etc. Well, these are all caused by the repetitious, uniformly periodic, cometary return of this dwarf star (every thirty-six and a half centuries) which ancient witnesses called “Nibiru” and which N.A.S.A. actually called “Planet X” in at least one of its internal documents, several decades ago.
Thanks to: http://planetxnews.com 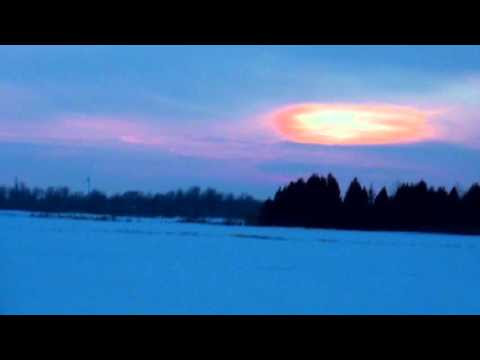 By John DiNardo
The diabolical ruling elite have their weaknesses, for sure. Their mass surveillance system, for example, must be overwhelmed with dissidents they would like to track and crush. There are just too many people who are becoming dissidents.
Also, the elite are descending into their underground cities to wishfully, hopefully, desperately evade the Earth disasters caused by the dwarf star which NASA has called “Planet X” in its internal documents for nearly a half-century.
That methane burst in California is one manifestation of Earth’s solid metal inner core having been forced off-center by chronic solar blasting over the past decade or so, impacting Earth’s magnetosphere and feeding back to its source: Earth’s molten metal circulatory outer and also to its once normally centered solid metal inner core. It gets kind of complex and technical, but suffice it to say that the quakes, volcanic eruptions, solar blasts knocking out civilization’s electric power grids, etc. . . . all these disasters are becoming more frequent, more severe, and the big ones more likely. That’s why I’ve been installing a solar+wind electric power system plus a natural gas fueled generator for my home, and storing water, food, etc.
The elite are now off-balance and fleeing underground. And I suspect that the reason why they have not ignited their desired world nuclear war is that Russia — now the good guys — has contaminated and/or damaged their elaborate trillion dollar underground cities at Cheyenne Mountain, Colorado and at Mount
Weather, West Virginia. The elite dare not trigger their nuclear world war until they’re safely ensconced underground — and Russia knows of these diabolical ruling elite’s nuclear war plot that will so fragment the sovereign nations of the world that the elite hope they can emerge after the dust settles, and set up their one-world dictatorship. They’re scared and doubtful about their ability to pull this off, but hey, they have no choice but to flee underground and dump their “Grand Chessboard” upside down by igniting a nuclear world war for the establishment of their hoped-for one-world dictatorship over all of human civilization . . . or be destroyed by God’s oncoming Planet X-induced Earth disasters along with Earth’s seven billion inhabitants, as God vowed to His prophet ISAIAH, in Chapters 24 and 13 and 63.
Thanks to: http://planetxnews.com