An Open Letter to Aliens

An Open Letter to Aliens

Viewzone looks at life and human culture from different angles. An open letter to the Aliens or whoever runs this planet.
Source: An Open Letter to Aliens / Viewzone
http://www.viewzone2.com
November 2014
From: Anonymous
Attn: Read the letter to see if it is you

This is a request for intervention in the human affairs of planet Earth, also known as Terra, Gaia, Spaceship Earth, 'The Zoo', 'Home', and 'goddam place' among many others.
The request comes from a group of members of the human species known as homo sapiens sapiens, a species which is known to have been created under unusual circumstances and tampered with in a big way in the course of its more or less brief history. And perhaps more than once and by different parties. 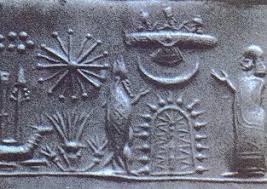 Ancient astronauts proponents suggest that aliens came to Earth long ago, citing such evidence as this ancient Mesopotamian cylinder seal as proof
Our loose group would like to justify this request by stating the obvious:
This planet is going to the dogs.
Human affairs greatly affect the rest of the species here, whether they know about it or not. Most definitely the effect is negative because species are disappearing from the zoo because of the actions of a small group of humans who are a parasite. In other words, this planet has a medical problem: it is infected.

Human affairs are apparently managed by a small group of certified insane people, supposedly mostly older men and mostly white caucasians with middle initials or several extra letters which are not on their birth certificates.
If you have been "dealing" with them in order to improve things for the rest here, please note that we are finding out about them just now, mostly thanks to the internet. And thanks to a few courageous people who know a bit more than the rest and are able to articulate this situation for us who are just useless eaters and/or cannon fodder, according to those old farts and fartesses just mentioned.
Apparently, these loonies are managed by not-so-human entities. Some say interdimensionals, some say small greys, tall greys, some say draco-reptilians, mantids, tall whites and/or nordics. Please note that these entities are not capitalized.

Nazca skull
Some people down here have been convinced (by others, usually) that one or the other species or individuals is actually God, the one and only, who is hence responsible in full for us being here in the first place, and secondly for the state of affairs of this planet. Which is going to the dogs, as mentioned. Others here have never heard of such a notion, that of a white bearded and pretty angry large invisible male running things (badly).
So there is a problem with regards to identity. Apart from the medical problem.
We, the initiators of this letter of request, are not quite sure how to address you. The task is yours to figure out whether this letter is meant to be read and considered by you or whether you got this by accident and are not really into this.
Please note that you have to be somewhat enlightened, well-intentioned, smart, and courageous, and willing to do the job. In other words: ruthless, cunning, patient and sweet. You have to be what we call "the good guys" in the local Hollywood movies, which by the way suck bigtime, mostly, but people don't know what else to watch, mostly. 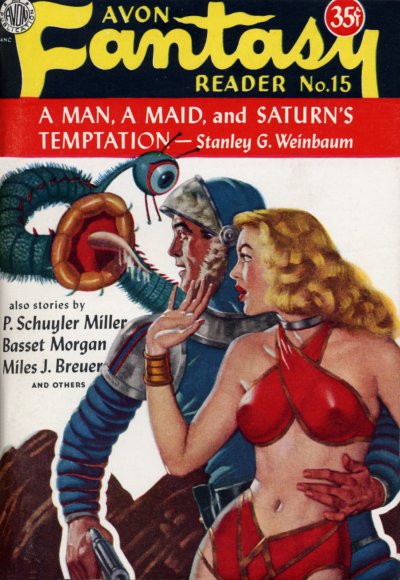 You yourself determine whether this letter could mean you are the one being addressed here. If it doesn't click right away you are probably the wrong entity, therefore please disregard this note and don't copy it around to your "best friends". We would like to keep a low profile for now.
It doesn't really matter who you are because "they" are the problem we are addressing with this request. We are quite certain that the (bad) management of Terra is caused by demented, malevolent, tasteless and in all cases without exception, ugly individuals, families, dynasties, foundations, councils, commissions and "churches" where various alien individuals are adored as being the ones who did it. Did "The Zoo", that is.
All of these five or ten thousand individuals (an estimate) who "run" Terra have to be quarantined immediately. Don't worry about a vacuum left here as a result of this. They never occupied any real meaningful space in the first place. Please take care of them.
It won't be heavy on your conscience to take care of quarantining them because the actions and inactions of these "people" result in several times the human deaths per day than this tiny number of assholes make up. And yes, they are all ugly and tasteless.
Just look at Soros, Heinz Kissinger, Ted Turner, any of the Rockefellers and Rothschilds, any of the Popes and Jesuits, royal bloodlines. All of them beady-eyed entities masquerading as members of our quirky mammalian species. They are not. They are parasites. We don't want them, we don't need them, and they throw a really bad light on our little planet.

Trust us, these people are not mammals as we are, that is, everybody else down here minus the five to ten thousand, and we would never invite them for dinner or drinks or let them near the chickens. They hate humans and women in particular and they have managed to mess up the relationship between our two sexes in quite a few countries which are considered to be advanced countries (by thorough brainwashing combined with glitzy things bought on credit).
Each country chooses for itself whether it is advanced or not, by the way. When you guys hover over the night side of "The Zoo" you can see all those bright lights (by our standards), mostly in the upper half. That's the areas where advanced countries are located because they have already cut down most of the trees. The more lights there are the more the place is totally different from, say, a hundred years ago. Yes, time flies.
In closing, a metaphor for our situation here is that a group of hyper-criminal teenagers on crack cocaine has stolen the keys to the Ferrari and they have figured out where the keys go by now (it's a button to start it).
Non-intervention on your behalf, following this supposed "prime directive", is not applicable here on the Zoo because we have been infected with mad chimpanzees. It would be irresponsible and a bad example for other places in the universe to let this really nice place (Terra) go to the dogs because of this small group of psychopathic apes and those behind them.

We think you might want to know that most humans actually make good choices if they are given the chance. The thing is, they are easily manipulated to behave badly by those who are intrinsically bad and ugly and jealous and homicidal and rich in material wealth and power.
Now, if this sad state of affairs is part of a larger cycle, as so many very old traditions here affirm, then just carry on, keep an eye on unauthorized intromissions into this process, and thank you for your time. If this is not part of the big scheme, please consider intervening on behalf of this infected planet and its inhabitants.
Thank you and good luck.
* * *