OUT OF MIND » PERCEPTUAL AWARENESS » THE SHIFT IN CONSCIOUSNESS »  You are all Love incarnate - August 31, 2012 by John Smallman 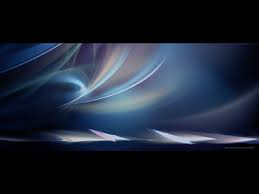 Humanity’s
awakening is the most significant and momentous event in your history.
It has been meticulously planned and is being perfectly executed.
Within the illusion it is very difficult for you to get a real sense of
your approaching moment of awakening, although many of you are getting
intuitive intimations that it is coming, and that it will be soon (that word
again!). Trust those feelings, focus on them, and ask for help from the
spiritual realms for the strength to offer love — and only love — in
every situation. You are all potential divine channels or conduits, so
invite God to pour His Love through you into the world and into the
hearts of all those who choose to open to Him. It is the most powerful
and effective thing that you can do to assist in humanity’s awakening,
and it is one of the reasons for your being on Earth now.


You
are all in the process of awakening. It is a mass process in which you
can help one another by honoring and respecting yourselves at all
times. Watching others, and judging their behavior – whether you judge
them as good, not so good, could do better, or downright sinful – is not
your responsibility; it is an unnecessary distraction. In Reality you
are all one, so judging another is judging yourself. As I have told
you, God does not judge, He Loves – everyone, infinitely,
unconditionally, indiscriminately – and He wants you to do likewise. To
do so is your nature because you are divine beings. When a judgmental
thought pops into your mind, don’t act on it and don’t judge it! Let it
pass, and focus your attention on the flame of Love burning permanently
within you.

When
you invite your Father to use you as a conduit for His Love, the
eternal flame of His Love within you burns brighter as a direct result,
because you are aligning with His Will for you. The more in alignment
you are, the brighter burns the flame of your Love, which is of course
His Love shining through you. The effect that you have on others when
you make a point of living like this is life-changing, for you and for
those others. And you will feel it, as will they. It probably will not
be physically apparent – the physical world is illusory – but in truth the effect of living like this wonderfully changes the way you, and others, experience the world.

You
are all Love incarnate, bursting with the desire to share your love,
and longing for others to share their love with you. Make it happen by
doing it! Do not react to apparent attacks or offensive behavior; you
know that these are desperate cries for love, so respond lovingly and
quietly – not loudly and patronizingly – and know that what you
are doing is God’s Will for you. You have abundant help from your
guides and angels to hold and act on the intent to do this, so do not
concern yourselves with details — “how can I possibly be
kind/loving/accepting of so and so after the way they . . .” — just let
go of those thoughts and surrender into the stream of Love that God
channels through you 24/7, if you have made the intent and have invited
Him to. Love is contagious if you do not seek to “vaccinate” yourselves
against It! Consequently, It will spread easily and widely as you open
the God-fed conduit within you to allow It passage.


Opening
yourselves to be a channel for God causes you to be suffused with the
Light of His Love and to be absorbed more fully into the oneness that He
is. You arealways one with Him; however, the illusion was a
space you made in which to hide from Him, and which effectively cut you
off from your awareness of Him and of His Love for you. This led to
intense fear — something that does not exist in Reality — which seemed
to remove you even further from Him, and caused you to experience a
sense of impending doom.


You knew God,
and could never completely forget Him, but because of the unreality and
darkness of the space that you had made, He too became unreal in your
minds — a god of vengeance, anger, and condemnation, who would impose
horrendous, eternal punishments on you if you did not appease him
adequately by constantly abasing yourselves. Added to that terror was
the belief that this all-powerful entity required you to judge and punish others who disagreed with what you knew to be the only way to please him. Their gods and their beliefs were unreal and unacceptable, and they had to be forcibly shown that this was so!


As
a result, you began to judge and judge and judge — to assuage your
intense fear. Then, to make matters worse and to appease this monstrous
creature of your far-too-vivid imaginations, you began to torture and
persecute those who held beliefs that differed from your own. You
believed that this made you holy in his sight! What a disastrous
concept to invent, prove correct (yes, many thought that this concept
was divinely inspired and was therefore a divine truth), and live by.
Naturally, “holy” wars followed, as you went about defending your weird
gods from those who would offend them.


Although
your apparent separation from your Father has been but momentary,
within that ongoing moment you built an environment of constant fear and
insecurity. Over the eons, many have come to show you the way out, the
way to dissolve the illusion, and finally that is happening. You have
realized that love is the only path to peace, but due to the imaginary
environment in which you seem to have your existence, to actually
embrace that realization and follow through on it appeared at best
unwise, and at worst insanely dangerous, as others apparently continued
to attack you and take advantage of you if you did not defend
yourselves.


You
have an enormous number of ingrained and absurd beliefs that have
caused you untold suffering and which, with the help of the divine field
of Love surrounding and embracing you, you are now finding the courage
and determination to discard. As you do so, your perception of your
situation lightens, and encourages you to discard more of this
unwholesome baggage with which you have burdened yourselves for so long.


You,
the Light-holders and Light-bearers, are at the forefront, leading all
into Love. So do not allow your doubts and anxieties to undermine your
courage. You are constantly and divinely protected as you move forward,
living and demonstrating love in action, and dissolving the fear that
has overshadowed you all for so many eons. The Light of God’s Love has
never before burned so brightly in front of you as It does now, clearly
defining the path to awakening. You are on a roll, and nothing can
deflect you, delay you, or prevent you from reaching your destination
because your will is in complete alignment with God’s, and His is to
bring you gloriously Home. Never forget: His Will is always achieved.

OUT OF MIND » PERCEPTUAL AWARENESS » THE SHIFT IN CONSCIOUSNESS »  You are all Love incarnate - August 31, 2012 by John Smallman