Published on Mar 24, 2017
We have been talking about an artificial sun for awhile now, when will they talk about what has already been deployed?
Contact WSO olson.steven.d@gmail.com. WSO depends on its listeners for support, donations of $15 or more also
get a 13 month membership on https://wsolive.com . https://www.paypal.com/cgi-bin/webscr...

https://wsolive.com to take advantage of our $18.99 offer - or donate and get extended at: https://www.paypal.com/cgi-bin/webscr...

With all the crap in our environment, you need to detox with ‘GET THE TEA’ trust me on this one! https://getthetea.com

Published on Mar 24, 2017
Conspiracy theorists claim the world's scientists and governments have been covering up this impending doomsday. For years, conspiracy theorists have claimed that Nibiru, or Planet X – an alleged planet with a large orbit – will wreak havoc on Earth.
The world may be ended by hidden planet hurtling through our solar system called Nibiru. 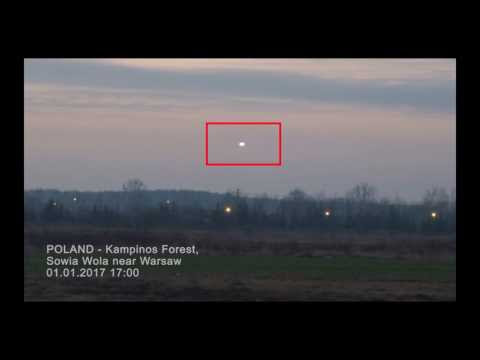 “I see him, but not now; I behold him, but not nigh; there shall step forth a star out of Yakov, and a scepter shall rise out of Yisrael, and shall smite through the corners of Moab, and break down all the sons of Seth.” Numbers 24:17 (The Israel Bible™)

This artist’s concept shows what each of the TRAPPIST-1 planets may look like, based on available data about their sizes, masses and orbital distances. (Courtesy of NASA/JPL-Caltech)
Last week NASA announced the discovery of a relatively close star system, but according to one opinion, the discovery comes 2,000 years after it was first described in detail by a classic Jewish text as a necessary element preceding the Messiah.
The Israeli filmmaker and lecturer who revealed the connection claims the new astronomical discovery goes by many names but in his video on the subject, he calls it by its most popular: Nibiru.
NASA research revealed seven planets orbiting a dwarf star, called Trappist-1, roughly eight percent the size of the sun and located 39 light years away from Earth. Four of its seven planets are similar in size and mass to the Earth, and three are in what scientists believe is a habitable zone.
The recent discovery required NASA’s most advanced telescope, the Spitzer space telescope, to verify its results, but Jewish sources have been discussing the appearance of  a seven-planet star system preceding the Messiah for thousands of years.
This is the claim made by Yuval Ovadia , an Israeli filmmaker who has made several award-winning films on the subject of Nibiru and Planet X. Ovadia spoke to Breaking Israel News about his last video , “Amazing Revelations”.
Ovadia emphasized the similarity between NASA’s recent discovery and the description in the ancient Jewish sources. 2,000 years ago, the Zohar, the foundational work of Jewish mysticism, predicted the appearance of a star with seven ‘stars’ orbiting it.

After forty days, when the pillar rises from earth to heaven in the eyes of the whole world and the Messiah has appeared, a star will rise up on the east, blazing in all colors, and seven other stars will surround that star. And they will wage war on it.

“Jewish sources say that this astrological phenomenon is a necessary part of the geula (redemption),” Ovadia said. He explained that if the star does not appear, then any claim that the Messiah has arrived will be rejected by Judaism. He pointed to an example: 400 years ago, Rabbi Yaakov Sasportes used the absence of a new star as an argument against Shabbetai Tzvi, a Jew who falsely claimed to be the Messiah.

The belief in a planet-sized object that will catastrophically collide with or closely pass by Earth in the near future has resurfaced in recent years, with the astral body referred to as Nibiru or Planet X. Many rabbis have acknowledged the possibility of the object hitting Earth.
“This is not a foreign idea that was incorporated into Judaism,” Ovadia, an observant Jew, told Breaking Israel News. He noted that the Bible contains a prophecy of a star signalling the arrival of the Jewish Messiah.

I see him, but not now; I behold him, but not nigh; there shall step forth a star out of Yakov, and a scepter shall rise out of Yisrael , and shall smite through the corners of Moab , and break down all the sons of Seth. Numbers 24:17

Ovadia lectures on the subject and has been following it closely for many years. He believes that data is being suppressed.
“There is not enough knowledge on this subject because the authorities, especially NASA, obscure the facts,” Ovadiah claimed. “One day they will say it is impossible, then the next day they will say it is far away. It can’t be both.”
The appearance of this pre-Messianic star is predicted to be catastrophic, accompanied by extreme natural disasters. The Vilna Gaon, an 18th century Jewish scholar, stated that the power of this star system could destroy the world. Ovadia explained that this may not be caused by the star colliding with the Earth but rather by God exerting his influence on global weather events via the star.
“We are already seeing its influence. In the last ten years we have seen a sharp rise in the number and intensity of natural catastrophes,” Ovadia told Breaking Israel News. “Authorities admit that the number of meteors striking the earth has gone up enormously in recent times.”
The NASA discovery seems to confirm his claims, but for Ovadia, the conclusion is more important.
“The fact that the star exists is incontrovertible,” Ovadia states emphatically. “It exists. But we knew this all along. It is part of our tradition. The rabbis who wrote about it tell us that Jews have a major part to play. Our actions, our relationship with God, can influence the outcome.”