FBI Probing Nibiru Writers, Researchers, and Believers
On Monday, The Hill reported that the FBI was in the process of “probing” right-wing websites hoping to uncover threats to national security. While this action alone comes perilously close to infringing

upon the 1st Amendment, our Washington source, a lateral-licensed private investigator and retired federal agent, said the FBI’s operational scope includes more than simply trolling websites for hints of right-wing extremism or searching for secrets linking publishers to Vladimir Putin’s Russian hacking ring. If our source is accurate, the FBI—and other government agencies—are actively scouring the internet for chatter about Nibiru.
This is an unusual move for the justice department; the CIA or NSA, not the FBI, ordinarily handles sensitive topics like Nibiru. Our source confided that FBI Director James Comey has developed a sudden interest in the Nibiru system and may have petitioned the justice department to lead a “hit squad” tasked with clandestinely investigating Nibiru writers, Nibiru broadcasters, and even people with a nonchalant interest in the dark star and its orbiting planets.
“No one who talks about Nibiru is safe right now,” our source said. “The FBI is penetrating websites, forums, and channels, searching for any and all Nibiru traffic. Pursuant to page 344, heading 2, sub-heading three of chapter eighty-eight in the penal code of criminal justice, Comey found a loophole allowing him to undertake this sinister operation. More importantly, I believe this move might be designed to hinder Trump’s Nibiru disclosure.”
At one time Trump saw Comey as  close friend and ally; now, however, they are bitter enemies. When Comey refused to confirm former President Obama’s role in wiretapping Trump Tower, President Trump blew a gasket and lashed out at Comey, calling him a bad hombre and a “very, very, very bad leader.”
If, as our source suggests, Comey is working to undermine his boss, President Trump has his work cut

out for him and may need to issue secret executive orders forbidding the FBI from investigating any Nibiru-related information. Or fire Comey, an act that would undoubtedly provide Trump’s enemies with ammunition to use against him.
“The situation has become untenable,” our source said. “If these guys try to shut down all Nibiru talk, Trump will have a much more difficult time warning the world about Nibiru. As we all know, investigations usually lead to arrests, seizures, and confiscations. In fact, and I really didn’t want to mention this now, I hear that Dr. Boskovski  received a ‘friendly’ visit, at the end of which, his computers and files were “borrowed”. If they can do this to Boskovski , they can do this to anyone. Me. You. Anyone.”
Our source’s comment refers to Dr. Ljube Boskovski, a Macedonian astronomer and Nibiru whistle-blower who migrated to the United States in 1983.  This individual, our source says, has been operating in the shadows, secretly providing timely and accurate Nibiru information to President Trump.
Our source further informed us that Dr. Boskovski’s laboratory had been ransacked.  A shocking detail: According to a senior student, close to Dr. Boskovsky, he was asked to open his safe, under the suspicion that it might hide unlicensed firearms.  When the doctor did open the safe, which only contained his savings, 69 one-ounce

gold bars, all stamped “non confiscatable”, the agents took them “for examination”.
FBI spokespersons have denied any knowledge of any operation involving Dr. Boskovski.  To cover all bases, we are desperately trying to reach the good doctor, to determine whether the alleged “FBI agents” left any signed receipts for all they took. Until that time, we cannot exclude that this may have just been a well-orchestrated heist to steal the doctor’s gold or even, God forbid, a sinister plot by devious thieving Nibiru detractors, who never stop trying to sow dissent and paranoia in the Nibiru community.


Thanks to Mike at: http://www.someonesbones.com 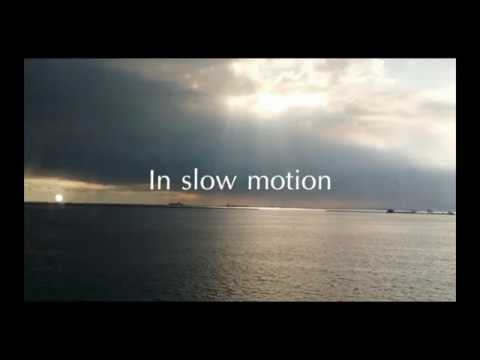 Published on Mar 25, 2017
This 2017 NASA has ANNOUNCED the DISCOVERY of PLANET X! (NIBIRU). They are referring to the huge so called newly found Planet as "The NINTH PLANET"! In 2016 Cal Tech Also announced the discovery of a HUGE rogue PLANET, being called by them, PLANET X. For a so called NEW PLANET people started reporting sightings in early 2011 and capturing video and photographic evidence of a huge Planet setting with the afternoon sun. In January 2016 two scientists announced evidence that a body nearly the size of Neptune—but as yet unseen—orbits the sun every 15,000 years. During the solar system’s infancy 4.5 billion years ago, they say, the giant planet was knocked out of the planet-forming region near the sun. Slowed down by gas, the planet settled into a distant elliptical orbit, where it still lurks today.

With all this said and done, Does this mean we are the edge of Government Disclosure?. Mike Brown of the California Institute of Technology (Caltech) in Pasadena, who prepared for the inevitable skepticism with detailed analyses of the orbits of other distant objects and months of computer simulations. “If you say, ‘We have evidence for Planet X,’ almost any astronomer will say, ‘This again? These guys are clearly crazy.’ I would, too,” Brown says. “Why is this different? This is different because this time we’re right.”

Could this finally be the proof that a large body which orbits our sun on an elliptical orbit actually does exist?

Could all of the ancient texts be correct about a planet known as the "Destroyer" or "Wormwood"?

And if so, What does this mean for humankind as we know it?