OUT OF MIND » DISCLOSURE » NIBIRU, PLANET X & 9 & SUN SIMULATOR » NIBIRU News ~ IS THIS PLANET GIANT PLANET OR MOON? plus MORE

NIBIRU News ~ IS THIS PLANET GIANT PLANET OR MOON? plus MORE 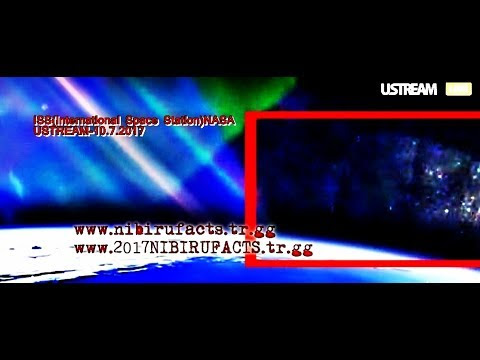 Posted on July 9, 2017 by https://dublinsmick.wordpress.com/

Scientists at the University of Arizona believe they have spotted the elusive ‘Planet X’ orbiting the sun in our solar system.
According to researchers with the Lunar and Planetary Laboratory, Planet X is between Mars and Earth in its size and exists just beyond Pluto.
The discovery has reignited fears among researchers that the mysterious tenth planet could be about to wipe out all life on Earth, as it slowly heads towards our planet.
Some researchers claim that Planet X, or Nibiru as it is also referred to, was once home to a race of extraterrestrials who travelled to Earth millions of years ago and interbred with humans.
Mlive.com reports:
These researchers with the Lunar and Planetary Laboratory believe the planetary mass object to be between Mars and Earth in terms of size. The mass was discovered thanks to its perceived ability to control the orbital planes of space rocks referred to as Kuiper Belt objects, the authors of the study, Kat Volk and Renu Malhotra , write.
“The most likely explanation for our results is that there is some unseen mass,” Volk, a postdoctoral fellow and the lead author of the study, said in the university’s news release. “According to our calculations, something as massive as Mars would be needed to cause the warp that we measured.”
Before anyone huffs and puffs that there are currently only eight planets, astronomers from the California Institute of Technology found evidence for a planet 10 times the size of Earth beyond Pluto in early 2016.
That possible planet was dubbed “Planet Nine,” so this other unconfirmed “planetary-mass object” could be the 10th planet.
“This object would be different from — and much closer than — the so-called Planet Nine, a planet whose existence yet awaits confirmation,” a news release from the university reads.
For their study, the two authors studied more than 600 objects in the Kuiper Belt in the quest to determine the common direction and tilt of these orbital planes. Space.com  points out that while this newly discovered object has yet to be actually be discovered, it is much too small and too close to Earth to be the hypothetical “Planet Nine.”
“Planet Nine,” from early 2016, is said to be 25 times further away from the sun than Pluto is somewhere between 500 and 700 astronomical units from Earth.
“That is too far away to influence these KBOs,” Volk said in the release. “It certainly has to be much closer than 100 AU to substantially affect the KBOs in that range.”
The University of Arizona researchers note that the “planetary mass object” has not been spotted in the Kuiper Belt yet, but believe that the under-construction Large Synoptic Survey Telescope will help find hidden worlds such as this one.

OUT OF MIND » DISCLOSURE » NIBIRU, PLANET X & 9 & SUN SIMULATOR » NIBIRU News ~ IS THIS PLANET GIANT PLANET OR MOON? plus MORE