5 Kids Who Recall Having A Past Life 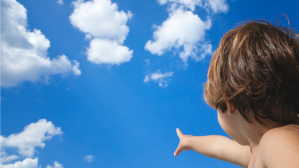 By Wes Annac, Editor, Openhearted Rebel
Reincarnation is a fascinating topic. It gets even better when we hear about children who not only claim to have had a past life, but who remember intimate details about it that make you wonder how they could have such knowledge. Often, when a child claims to have been someone in a past life, research confirms that the person once existed.
It would make sense if these children only claimed to be someone famous whose existence we can easily prove, but it gets strange when they can accurately recall details of a life of some obscure person nobody knows anything about.
The stories we’ll read in this article give us hope that consciousness survives after death, but despite this, they’re a little unsettling. They’ll certainly make you think: is reincarnation possible, and did these children live as other people before dying and returning?
I can’t answer those questions, but the topic sure is fun to read about. With that said, here are five stories of children who say they remember their past life.
Sabine Bevers at List Verse writes that at 18 months old, Gus Taylor began telling his parents he was his grandfather, who died a year before Gus was born. Gus had no doubt he and his grandpa were the same person. By four years old, he could identify his “Grandpa Augie” in family photos. (1)
Sabine writes that Gus’ claims really became interesting when he displayed knowledge of a “family secret” nobody had told him or talked about near him. His Grandpa Augie’s sister had apparently been “murdered and dumped in the San Francisco Bay”. Gus’ family was amazed when he started talking about this sister he was supposed to know nothing about. He explained to his family that “God gave him a ticket after he died”. This ticket let him “travel through a hole” and be reborn as Gus. (1)
Danny Burke at Most Amazing Top 10 tells us that 3 year-old Hunter claimed to be the famous golfer Bobby Jones. The child pointed at Jones when he saw him in a photo and said that’s who he was. Hunter did the same with a picture of Jones’ childhood home – he claimed it was his home. (2)
Danny tells us that Hunter’s detailed memory of this man’s life could be coincidental, but it’s worth noting that the child happened to be “insanely good at golf”. At 7 years old, he’d won 41 out of 50 junior golf tournaments. These included 21 consecutive victories. Danny asks: “Is it a coincidence that a golfing child prodigy claims they were the reincarnation of an actual legendary golfer?” (2)
It could be a coincidence, or it could be a kid who’s excellent at a sport and looks up to one of their heroes a little too much. But you never know; maybe Hunter really was Bobby Jones, who reincarnated because golf is just that addictive.
Chrissy Stockton at Thought Catalog shares the story of Reddit user JawClamp . JawClamp writes that one day, her four-year-old told her a story about her “older mother”, who the child said, “died a long time ago on a Thursday”. She chalked it up to childhood imagination until her daughter gave more details about her “other mother” named Sally. (3)
Sadly, the “other mother” suffered a grim death. JawClamp writes that her daughter told her she was playing with her father’s gun and accidently shot her other mother, killing her. No guns were kept in the house at the time her daughter was saying all this, and the family never discussed guns near her. They hadn’t told their four-year-old that guns can hurt or kill people because she wasn’t old enough for such a conversation. (3)
Sarah Alender at Wall Street Insanity writes that James Leininger of Louisiana, who was 8 at the time Sarah wrote the article, was fascinated with aviation by the age of 2. His parents didn’t know a thing about aviation and were “amazed” at his knowledge on the topic. It became concerning, however, when he started having nightmares. (4)
Sarah writes that in these nightmares, James was flying a plane that was shot down by another plane with a red sun on it. He also talked a lot about his “dreams and memories” in which he was Lieutenant James McCready Huston. Huston was a World War II fighter pilot who hailed from Pennsylvania and was killed in Iwo Jima over 50 years before James was born. (4)
According to Sarah, “Andrea, his mother, said that James would scream at the top of his voice, ‘Airplane crash, on fire, can’t get out, help,’ as he kicked and pointed to the ceiling.” (4)
Sarah writes that James told his parents the plane he flew in was called the Corsair and came from a boat known as the Natoma. James’ father did some research and found a “small escort carrier” that was called the Natoma Bay. It was in the Battle of Iwo Jima, and records show that a pilot named James Huston did exist. On March 3, 1945, Japanese fire hit Huston’s plane. Dr. Jim Tucker (whom we’ll learn more about later) says James’ description of Huston’s plane crash was startlingly accurate. (4)

Stacy Horn at Reader’s Digest writes about a boy named Ryan from Oklahoma who woke up screaming late at night a few years ago. In the months leading up to this, Ryan had apparently “been pleading” for his mother Cyndi to let him visit a home he said he used to live in. He would cry and beg his mother to let him revisit his old life in Hollywood, where he had a “big house, a pool, and fast cars”. He said his previous home was “much better” than where he lived now. (5)
Stacy writes that the night he awoke screaming, he told his mother he was homesick. Cyndi described his demeanor that night as “like a little old man” struggling to remember the life he’d lived. When Cyndi and her son discovered a photo from a film made in 1932, Ryan reportedly got excited and said it was the “old me”. (5)
After Cyndi went to the library the next morning and collected some books about the early to mid-1900s era of Hollywood, Stacy writes, one book stood out to Ryan. He “became more and more excited” when they thumbed through this book, until they came to a picture from a scene in a 1932 movie known as “Night After Night”. (5)
Stacy writes that Ryan pointed to one of the actors the book didn’t identify and said excitedly that it was him. His mom was “shocked” because she never thought they’d find the person her son claimed to be. Cyndi and her husband never believed in reincarnation, but despite this, she returned to the library the next day to find a book about children who remember past lives. (5)
She found a note at the end of the book from its author, professor Jim Tucker MD. He wrote that he wanted parents of kids who claim to remember past lives to contact him, which Cyndi did. (5)
Stacy writes that Dr. Tucker, a child psychiatrist, became interested in reincarnation when he learned of research Dr. Ian Stevenson MD was conducting on the subject. Dr. Stevenson is the “founder and director of the Division of Perceptual Studies at UVA”. With Dr. Tucker taking over as leader of the division’s research on past lives when Dr. Stevenson retired, the team has collected over “2,500 documented cases” in which children have reported remembering a past life. (5)
One of these cases, Stacy writes, involves a girl in India who woke up and could suddenly speak “fluently” in a language she’d never heard. Dr. Tucker wrote a book, “Return to Life: Extraordinary Cases of Children Who Remember Their Past Lives ”, in which he detailed this and many other fascinating cases. (5)
Conclusion
These stories don’t prove reincarnation is real, but they certainly give it credibility. It’s difficult (but still possible) to argue that children knowing details of the lives of random deceased strangers is a mere coincidence.
To be honest, it makes me wonder where we draw the line at assuming something is coincidental. When do we stop and think that given the anecdotal evidence, maybe these children possessing this knowledge is more than a neat but random and meaningless occurrence?
I like to think there’s more to life than what we see around us. Despite our progress in understanding the universe through science, we hardly know anything about this bizarre existence we’re all a part of. This simple fact doesn’t make reincarnation real, but I think we should approach these weird alternative theories with an open mind. We should never assume we have the full picture when we’ve only grasped the tiniest fraction of it.
I’d love to know your thoughts. Is reincarnation possible, and if so, do you think a child could remember his or her past life? Let me know in the comments.
Sources:

Featured image credit
About the author:

I’m a twenty-something writer & blogger with an interest in spirituality, revolution, music and the transformative creative force known as love. I run Openhearted Rebel , a daily news blog dedicated to igniting a revolution of love by raising social and spiritual awareness.
I also have a personal blog in which I share writings related to spiritual philosophy, creativity, heart consciousness and revolution (among other topics).
I write from the heart, sharing informative and enlightening content with anyone who wants to check it out.
Follow me on Facebook (Wes Annac , https://www.facebook.com/openheartedrebel) and Twitter (Wes Annac, https://twitter.com/love_rebellion)
If you enjoyed this post and want to support my work, consider a donation by sending funds via PayPal to wesremal@yahoo.com.