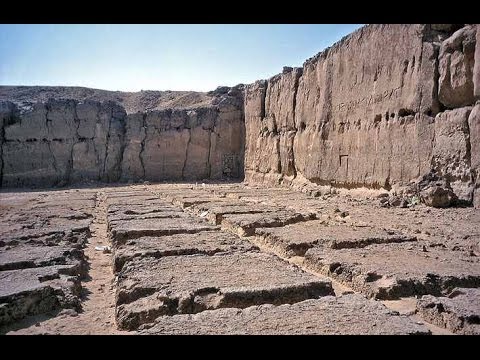 
Patreon: https://www.patreon.com/MysteryHistory Facebook: https://www.facebook.com/MysteryHisto... Twitter: https://twitter.com/Mysterytweetery Steemit: https://steemit.com/@mysteryhistory Narration By Don Moffit: www.DonMoffit.com Many ancient sites found all over the world, can no longer be explained away, with currently attested academic opinion. Who they say built them, why, or when they were created. The most popular of these anomalies, are the ancient monuments that can be found upon the Giza plateau. Currently explained as having been build by our copper-tool wielding ancestors, a mere 4000 years ago. Somehow successfully creating some of the most precisely built, and indeed enormous ancient structures found on earth, decidedly choosing to use granite blocks many tons in weight as their building material of choice... Ironically, although these sites are somehow exclaimed as having been built by the ancient Egyptians, any actual, literal explanation of how this was actually done, has never been provided. Not only is academic opinion severely lacking any logical understandings, as to the constructions of these sites, they seemingly attempt to ignore, and in some cases conceal, additional controversial anomalies they simply cannot understand. Enormous stone megaliths are hidden all over Giza, and especially around the base of the great pyramids, and not only were these buildings adorned with incredibly hard granite, but also Basalt, a similarly tough stone, and another which would be near impossible to have hewn with mere copper implements. Known as Giza’s basalt floor, it is what many people now see as “the smoking gun,” for evidence of advanced engineering, having once been responsible for the construction of the site. Amongst the remaining fragments of The basalt floor, is overwhelming evidence of ancient machinery, tell-tale precision signatures left on may stones, suggesting high-technology was responsible for the shaping of Giza’s enormous stones. Cut marks that could only have been left by high speed disk cutting, striations, precise ridges and countless other curious features, have been thankfully left upon these stones, and these surviving tool marks, could one day be used to actually identify the technology once used to build the site. We now feel that the evidence to suggest that the modern attested, and mass published theories, regarding the origins of the Giza plateau, its age, and indeed it creators past capabilities, is currently incorrect, is now overwhelming. And that it is only a matter of time before a revival of this past knowledge, and indeed understanding’s, again begins to flourish.