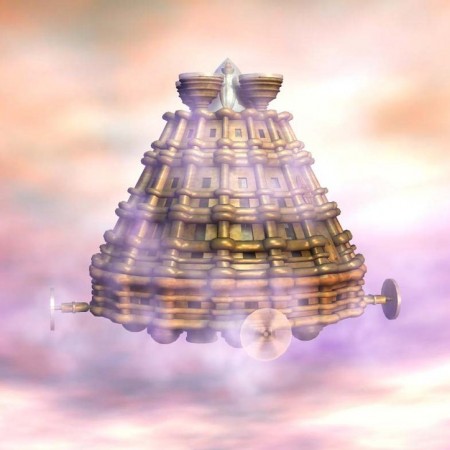 
Patreon: https://www.patreon.com/MysteryHistory Facebook: https://www.facebook.com/MysteryHisto... Twitter: https://twitter.com/Mysterytweetery Steemit: https://steemit.com/@mysteryhistory Narration By Don Moffit: www.DonMoffit.com The Nazca lines are undoubtedly one of earths most perplexing ancient relics. Not only are they unimaginably big, but their accuracy still baffles all who try to explain them, even to this day. With many of these ancient drawings seemingly only visible, or indeed fully appreciated from great altitude, many people over the centuries, have predictably pondered upon the possibility of there having once been ancient flying machines. And although many of these ancient marks, could be perceived as possible past runways or landing sites, there exists one site in-particular that possesses some of the most compelling, if little shared characteristics of them all. Known as "El Fuerte", it can be found amongst a Pre-Columbian archaeological site in Bolivia. It is believed that for over a thousand years, the site served as a ceremonial centre for various pre-Colombian cultures, ultimately becoming the home of the Inca, who turned the site into the east capital of their empire. We have often stated that we strongly believe, that at some point within earths distant history, a highly advanced, intercontinental civilisation, once flourished, building enormous stone structures, with knowledge and capabilities in stone carving and building, we the modern man, are yet to unravel. And although the site consists of an average ancient settlement, complete with buildings, agriculture and irrigational ruins, the most intriguing feature of the site, and the purpose for the video, is what was once carved out of the solid rock atop the mountain. Along the crest of the hill is the most intriguing feature of the site, or possibly Nazca itself, known as the El Cascabel, which can be translated as 'The Rattle'. It is two parallel lines oriented to the eastern sky, with a position of azimuth at 71° and an altitude of about 6.75° . Interestingly, This is the exact orientation of the rise of Pleiades, at different times within history. An observer at the top of the hill could see the rising of Pleiades at around 500AD, the rising of Regulus in 600AD. An alignment with the 8 points of the Pleiades constellation at 500BC and of Aldebaran at 500AD. Why was this curious carving, etched into the top of this mountain side within Bolivia? Why was it created using two parallel lines, aligned with star constellations within the night sky? Was this ancient site once used as a launching pad, for some type of ancient Vimana? Furthermore, intriguingly, much of the surrounding stone seems to have experienced ancient quarrying. Is this ancient mountain the site of an ancient quarry, once done by a group, who had flying vimanas at their disposal? An incredible site, which we find, highly compelling. https://everardseclectic.wordpress.co... http://www.ancient-wisdom.com/bolivia... https://en.wikipedia.org/wiki/El_Fuer...