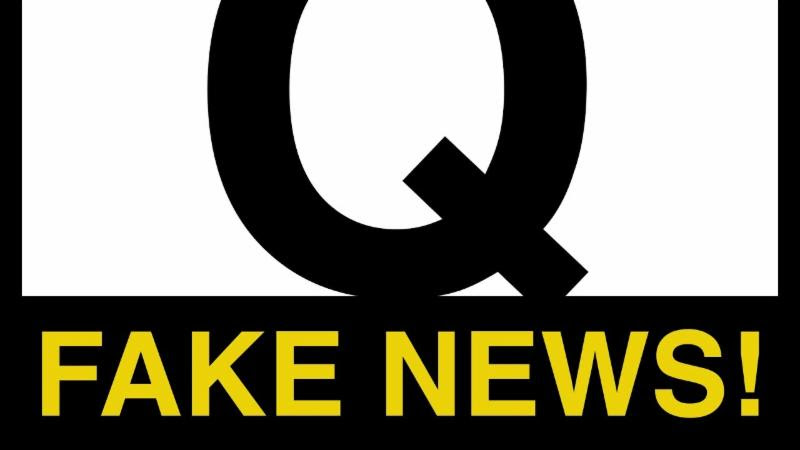 
QAnon had gone dark since January 9th but returned over the weekend and was very busy again on Monday, as you can see on one of the sites that collates the Q posts made anonymously to the 8Chan image board, QMap.pub
As longtime FKTV readers know, I have not been following Q all that closely but I’ve become increasingly intrigued by its persistence and by how the posts have become less cryptic and more like MAGA Twitter !
This latest flurry of posts asked why the Mainstream Media was so obsessed with attacking QAnon . “What are they afraid of? People coming together and thinking for themselves? Q”
This video, by Red Pill Book, strings together mainstream entertainment and news segments from as far away as Australia that either ridicule the Movement or decry its “dangers” by trotting out trusty authorities like Daily Beast reporter, Will Sommer and a former FBI Special Agent (natch), who warns, “People can…make conspiracy theories faster than the social media companies can identify them and swat them down. [Hilarious!]
“So, I’m not so much worried just about Russian disinformation, I’m worried about American disinformation, because it’s a public safety issue and if you look at this, this has got all the elements of what would maybe be an uprising.” [Oh, be very afraid!]
It’s priceless when The PBS NewsHour’s Judy Woodruff asks VICE News producer, PJ Tobias if Q followers are doing anything illegal and he responds, “There’s nothing illegal about it, at all I mean they’re just talking on social media but as these people start appearing in the real world, I think we’re all going to be watching them much more closely.
“Look, the bottom line about this conspiracy theory is that it’s a conspiracy to protect Trump . So, things that, to the rest of us might seem like bad news for Trump , like the Mueller investigation, they look at as actually part of Trump ’s grand strategy…he wanted to make it look like he was colluding with Russia on purpose, so that Robert Mueller would be hired and he could team up with Trump . Mueller and Trump teaming up together to investigate the Clintons and the rest of the Deep State and their global pedophile sex ring.”
Yes. That is exactly what Q is about.