Dr. Lenny Thyme has a PhD in inorganic chemistry, in the area of group theory. He is using Out of Mind to explore boundaries of thought at the intersection with reality, in holographic context.

Cloud therapy is a knew weigh of looking at interdimensional travel. A portal into the whirled exists where you can scrye your weigh into seeing other beings. https://youtu.be/QHTpBoMZ-H8 . Enjoy this video clip to see images from screenshots of clouds and then begin to interpret this other reality.

As a chemist, i am used to looking at stereoscopic molecules. The changes between the left hand photo and the right hand photo reveal themselves as different, causing a spacial orientation change. Stare at the photo, cross your eyes and a third sentience forms in the middle of the two original frames. 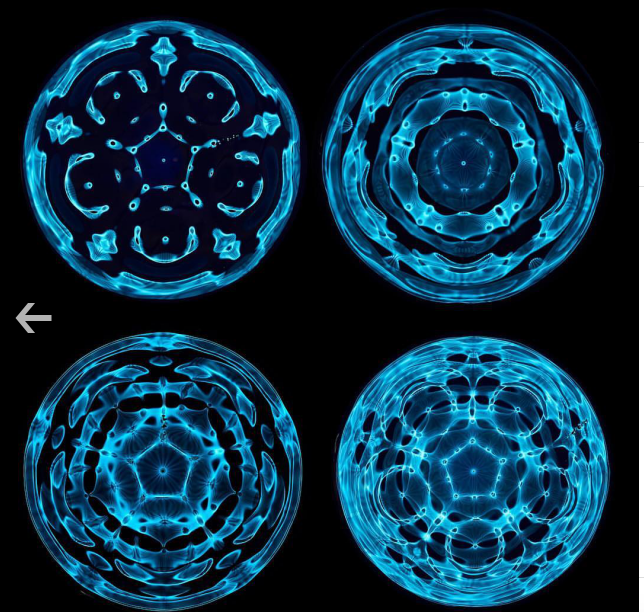 The images arise differently depending upon whether you are looking in, or the image is looking out. Since cloud therapy involves the same photo being duplicated in stereo, the context of the image is a single field containing the lessor fields ... perhaps even the image of an original sky.

Amazing what mind tricks the eyes can play, when they observe something that isn't there, and yet appears when filtered through the perceptions of the human brain. Can we apply this lesson to human behavior?

No. We are not supposed to study people by scientific techniques. The images of nazi germany are brought up any time somebody wants to treat humans as non-material objects of study. This education bias creates narrative for human scale action different from fact based data collection in 'real' science. Eugenics is off limits evil for we the people, but not for corporate persons who control the monetary system. Why?

Scientists are humans that spend their time studying beyond the depth of knowledge of the average person. The time spent in the depth of mind constructing a hypothesis for the way it is, is then followed by measurement that weigh the way using method applied to madness.

A mad scientist is not angry, just insane. However, an angry scientist can do a lot more damage, by constructing an alternative hypothesis to a mechanism of understanding. You break it, you own it. How this does not apply any longer is why science is broken.

Science is a method of approach. It attempts to explain things in terms of what we know, to provide a greater understanding. Scientists make assumptions in order to control variables. These assumption are okay by the method, as long as they can be validated after the fact. That means outlining the expected results based on those assumptions, then going back and testing their validity.

When you question a scientist's work, you have to start at their assumption of where the variables are under control, and where they aren't. The measurement attempts to tease the role of each variable from each other, by setting some constant, then making alterations in one variable, and seeing how the others change. You have to hold some varibles constant to isolate the function of each variable.

Science is based on materialism. This has nothing to do with how you spend your money on things. Materialism is the need to have a tangible physical mechanism to explain how you got to there from here. The process may be reversible, but cannot be backed up in time to reverse it, because time moves forward.

This means that mechanism cannot change after the fact. The explanation of the mechanism can change, it gets better with more observation, but you cannot undo time once it has been done. Or can you?

Maybe our concept of time is fatally flawed. What if time can be traversed backward and timelines are individual and relative to each other as a function of scale? What if size does not matter, that consciousness is the same on all human fractals, which differ only after they arise from the zero point energy onto human scale? Humans are a variable on all other scales, which are placed in relative context by human scale.

In other words, human consciousness exists on every scale, and all scales are tethered to each other in fractal forms. You have recently changed scales and your reality now has physics changes that allow you to get here from there, but you can never get back, get back to where Jojo once belonged.

Welcome to the knew reality, come listen to the radio show ... steempunk radio, 10 a.m. eastern standard time, weekdays. Although, i am working on a technique to broadcast on strong days too ... depends on interpretation of the concept called void. Be there to be entertained, by illusions of cryptofiction reality, the template for the narrative called tomorrow.

Addendum: Photo credit: https://www.instagram.com/journey.of.curiosity/
Found on discord, interesting that many of the memes i have collected have appeared at this site too. Credit given when due, but are photos on the net actually not available for fair use? Worth questioning what passes for intellectual property law these daze. L