OUT OF MIND » PERCEPTUAL AWARENESS » THE SHIFT IN CONSCIOUSNESS » Counting Down the Final Moments of Debt Slavery: 3...2...1... 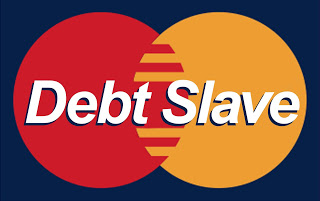 The last two paragraphs alone in this article, make posting it worth while. IT IS DONE. It is about to be made visible. Thanks to the One Peoples Public Trust filings it is no longer necessary to try and re-claim the bond that was created from your Birth Certificate (aka your strawman acct). it has already been done for you. Set your intentions for life beyond the matrix folks, because the flood gates are about to open....~BK

So, what assets are left? So how does the United States finance its daily operations?
The only asset left is the people. In the government's own language, it is called "the
good faith and credit" of the American people. But, what is that "faith and credit" based
on? Look at Senate Resolution #62 above. "ALL PROPERTY BELONGS TO THE
STATE" and you are now a "mere user" of "their property". In their own words; you
allegedly have "so-called ownership" by the (so-called) "virtue" of a Bankrupt
Government? But, how did this take place? Where did the U.S. Government find the
"faith"?

Solution; collateralize people for the "credit" by getting the people to "believe and
have faith".

How? By registering them (all United States Citizens and Americans) into international
commerce, and selling bonds on them. The person becomes the surety on the bonds, or
the "pledge" for the "faith" to build the "credit of the United States". The asset bonded
(the personal collateral) is the "energy" or the future labor of the people which is payable
at some undetermined future date. Thus, the people become the "utility" for the
"transmission" of energy, which is your labor and intellectual property over time.
When a baby is born in the United States, a birth certificate is registered with the Bureau
of Vital Statistics in the state of birth. The keyword here it is "registered"; as in, "gifted
with a certificate" that is given by the parents of the child to the "virtue of the
government", and then registered in international commerce through the DEPARTMENT
OF HUMAN RESOURCES. We are Human Resources [Executive Order 13037
Sec. 2(b)] WILLIAM J. CLINTON Filed with the Office of the Federal Register, 8:45 a.m.,
March 5, 1997

Here is the document listed above, showing the mention of "human capital."


NOTE: Now you know what a "human resource" is. Your energy and intellect are "resourced",
meaning taken from the "source" (i.e. You) and "sourced" to something else
(i.e. The U.S. Government's monetary system of "good faith" (belief) and credit.
The baby becomes the surety, whose energy is due at some future date. When the Birth
Certificate is registered in the U.S. Department a Commerce, the Department of Treasury
issues a bond on the Birth Certificate and the bond is sold at a SECURITIES
EXCHANGE as a "Derivative" (meaning a derivation on the Name....in ALL CAPITAL
LETTER NAME See Blacks sixth edition dictionary) and bought by the Federal Reserve
Bank through the Deposit Trust Corporation (aka: DTC) at 55 Water Street, in New York
City, about two blocks down the street from the FED. The DTC is a high-rise office
building and the sign out front reads: "The Tower of Power". 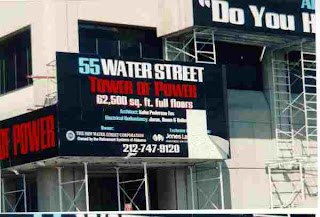 You've seen that TOWER, right? Remember the LORD OF THE RINGS and the Energy
Transfer Towers of the MATRIX.

When the Birth Certificate is registered, a separate legal entity is created; a mirror image
of the real flesh and blood. This separate entity, or alter ego is called the "straw man".
Remember the Straw Man with "no brain" in WIZARD OF OZ?

The Straw Man is the “accommodation party” of UCC 3 -- 415. The name is credit. (See
Blacks 6th. “Accommodation party” and "Straw Man"). Therefore the right (or the use)
has been separated from the title (or deed). The “"straw man” holds the title (and "he/it"
belongs to the government's client who bought the bond/title) and the flesh and blood
man has only naked possession with the limited “right” to use the thing (like his body or
his alleged possessions and land, which now becomes “usury” of another title/property).
When the straw-man violates some rule or statute (for instance a traffic ticket), the flesh
and blood man must appear at the arraignment and admit the straw-man's name (credit)
and then "pay it's debt to the society". The “energy” on the surety is due and payable by
the flesh and blood man who is in use of the straw man. The flesh and blood man is the
“offender” through the improper use of the straw-man. An “offender” is on the offensive
team until he screws up and goes on the defensive with the defendant and loses.

This is why civil rights suits get dismissed out-of-court on Civil Rule 12 (B)(6): "failure
to state a claim upon which relief can be granted". The word: "claim" is another word for
"title". So you have "failed to state a "title" upon which relief can be granted". You do
not own the "title" even to our own bodies anymore, and the United States verified this
with SENATE RESOLUTION #62..."All ownership is in the hands of the State" and your
"use" of any property or labor, including your own...."is subordinate to the STATE".
What is the result?

A very sophisticated form of peonage-servitude and the Constitution does not apply
because the government, on all levels, is thrown into international commerce, the law
merchant, now known as the Uniform Commercial Code. [See Public Law 88 -- 244 in
which the U.S. subscribed to private international law. See definition of "goods" under
the UCC at 2 -- 105 (1) and 9-- 105 (1) in which animals, i.e. -- humans and their unborn
offspring, become "goods" sellable in commerce.]

Revelation 18:.....11-17"The traders will cry and carry on because the bottom dropped out
of business, no more market for their goods: gold, silver, precious gems, pearls; fabrics of
fine linen, purple, silk, scarlet; perfumed wood and vessels of ivory, precious woods,
bronze, iron, and marble; cinnamon and spice, incense, myrrh, and frankincense; wine
and oil, flour and wheat; cattle, sheep, horses, and chariots. And slaves—their terrible
traffic in human lives.

So if this scenario is correct, how does one get back the bond that has been sold on the
Birth Certificate? How does one "break the collusion" with a system that one does not
believe in or even really know or understand?
Posted by Brian Kelly at 12:00 PM

Posts : 983
Join date : 2013-03-22
Location : Mother Earth
So if this scenario is correct, how does one get back the bond that has been sold on the
Birth Certificate? How does one "break the collusion" with a system that one does not
believe in or even really know or understand?

OUT OF MIND » PERCEPTUAL AWARENESS » THE SHIFT IN CONSCIOUSNESS » Counting Down the Final Moments of Debt Slavery: 3...2...1...