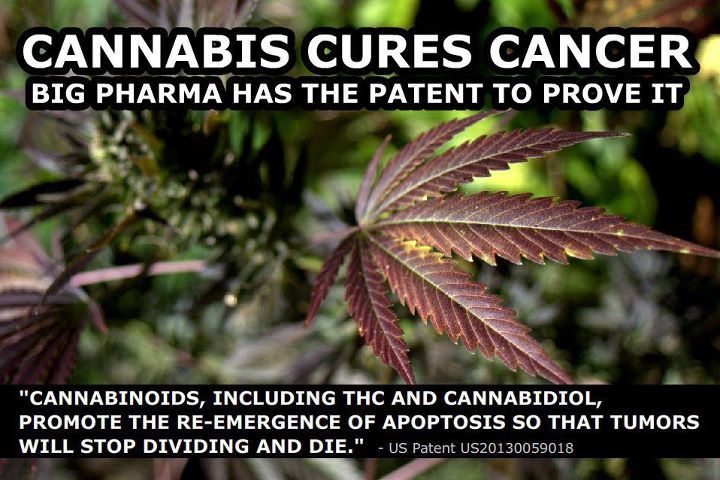 4th February 2014
By Marco Torres
Guest Writer for Wake Up World
In 2011, Lindsay Bunn Rogers was diagnosed with hyperthyroidism and was immediately placed on medication to control her symptoms. She became more ill and eventually her entire thyroid was covered with palpable masses. Despite her doctor’s position that “nothing natural” would ever heal her, Lindsay not only found relief but a dramatic healing potential in cannabis oil. This is her story….
Cannabis Oil Works!
Lindsay Bunn Rogers: In May 2011, it was discovered through a blood test at a routine Dr. visit that I was pregnant and also displaying signs and symptoms of Hyperthyroidism. Immediately I was placed on medication to control my thyroid and that is when my problems really started. I stayed very sick on the medication and my Dr. felt my concerns of being ‘poisoned’ were over-exaggerated. I felt like I was dying, but I was afraid to go against the doctors orders as I was still suffering terribly inside from the loss of my last pregnancy. I had lost my last baby in my fifth month of pregnancy and no one had any answers ‘why’ or what had went so wrong. That kept me sad and secretly confused – I did everything ‘by the book’, there was no reason for the miscarriage, and no explanation of any kind except the repeated phrase ‘Only God knows why’.

With this new diagnosis I did my own research and realized I must have been suffering from Hyperthyroidism during my last pregnancy. By not treating it correctly, the side effect was miscarriage late in pregnancy. I was NOT going to let that happen again so, I followed doctor’s orders, stayed on my medication and remained extremely sick the entire pregnancy. I was told the masses on my thyroid were growing, but intervention couldn’t happen until the baby was born. One of the masses had a high level of blood flow and the risk of bleeding to death was high so an emergency surgery was scheduled to happen within 2 weeks after delivery. My entire thyroid was covered in the masses, some even wrapping around it and it was impossible to remove the masses without removing the entire thyroid. I would be on the thyroid medicine that had kept me feeling ‘poisoned’ for THE REST OF MY LIFE. I was beyond devastated and began searching for alternatives. With each natural alternative I discussed with my doctors I was reassured there was NOTHING NATURAL ever going to fix my thyroid.
I delivered a healthy baby in Dec 27th 2011. Surgery was scheduled for Jan. 11th 2012. Days before the surgery happened, I cancelled it and RAN. I had a 6 month supply of thyroid medicine and I decided to wean myself off and see what happened. Over the next 9 months the masses continued to grow. They gotten to the point that they were choking me so, feeling defeated, I agreed to schedule the surgery and get it over with. Before surgery was scheduled, my husband offered to buy me some cannabis oil to give it a shot and see if it worked. We ordered a 7.5 gram tube from a reliable source. The first tube worked great and my husband agreed to try to purchase me a tube each month for as long as we could afford it. I had people suggesting to get up to a gram a day but, at almost $45.00 a gram there was NO WAY I could ever afford that amount. I had made my first 7.5 grams last over a month.
In October 2012, a divine intervention occurred! Friend, Peter Otoole, contacted me and invited me to Cannabis Camp – Offering to help me if I became a legal MMJ Patient. I ran for my cure straight to Michigan! He quickly got me up to a gram a day and using an infused coconut oil topically. I was feeling great in no time- The swelling was gone, the masses were shrinking and all my symptoms of thyroid disease were disappearing. In May 2013, ultrasounds concluded the masses were all stable, nothing had grew and my doctor considered my disease as ‘stable’ saying I no longer qualified for emergency surgery! I cut my daily doses of oil down to practically nothing, experimenting with how small I could dose and still have good effects. I had switched to maintenance doses of a cannabis infused coconut oil. I was only taking a small dose about once a week for the next month and then I didn’t take any oil for about 2 months after that. After being off the oil for almost 3 months, my thyroid started to swell again and the main mass started to become noticeable again.

In August 2013 my friend, Janet Sweeney, of Rick Simpson’s Phonenix Tears Foundation, created me a topical salve made from cannabis, emu oil, and other essential oils. I started using the salve daily, and started back on a daily dose of cannabis oil. Immediately, I started getting relief and seeing results again.
In November 2013. GREAT NEWS… The doctor confirmed my Thyroid is functioning! Better than that, it was functioning at almost perfect levels! I was actually 5% above normal, which in his words was ‘Almost perfect, pretty much impossible and must be a FLUKE in the blood work’!
He scheduled MORE blood work and wanted to do a complete panel screen. He scheduled another ultrasound to compare the one from May. Since we were paying cash, we were waiting till after the holidays to redo the blood work and to get the ultrasound. According to the doctor, if I was a new patient, he wouldn’t even consider putting me on medication! So far, I have been off ALL the medications for almost 14 months! He can’t believe that my levels are so good! It’s the first set of perfect blood work results since this ordeal started! (Well, it’s not PERFECT but, that 5% can fluctuate so I call it perfect!)
I haven’t had any medical intervention in almost 14 months besides the scans in May so, ALL healing credit goes to CANNABIS OIL for SURE! The doctor really does think this is just a fluke and that my thyroid levels are all over the place because I’m NOT taking the meds he prescribed.
This was the same specialist that told me NOTHING ALL NATURAL was gonna HELP my thyroid- That my thyroid could NOT function properly any longer- That the masses HAD to be removed surgically with the entire thyroid, there was NO other way to treat them! He told me “STAY OFF INTERNET FOR MEDICAL ADVISE or THAT WILL BE THE DEATH OF YOU!” I LOVED it when he was writing everything down, he said ” So, the ONLY thing you have used for your thyroid in the last 14 months has been supplements over the counter”? I said -”NO. SUPPLEMENTS FROM OVER THE INTERNET!” LMAO
The Final Word
Lindsay’s story is a testament and first hand observation of the power of cannabis. The effectiveness of cannabinoids are no longer disputed in the scientific community. In fact, any query of cannabinoids in PubMed will yield well over 10,000 publications on their effectiveness in scientific study.
Cannabinoids, the active components of Cannabis sativa L., act in the body by mimicking endogenous substances–the endocannabinoids–that activate specific cell surface receptors. Cannabinoids exert various palliative effects in cancer patients. In addition, cannabinoids inhibit the growth of different types of tumor cells, including glioma cells, in animals. They do so by modulating key cell signaling pathways, mostly the stress response, thereby inducing anti-tumor actions such as the death of tumor cells and the inhibition of tumor growth.
The good safety profile of THC, together with its growth-inhibiting action on tumor cells, justifies the setting up a wealth of future trials aimed at evaluating the potential anti-tumor effects of cannabinoids.

About the Author
Marco Torres is a research specialist, writer and consumer advocate for healthy lifestyles. He holds degrees in Public Health and Environmental Science and is a professional speaker on topics such as disease prevention, environmental toxins and health policy.
This article was reposted with the express permission of the kind crew at preventdisease.com