NOT IN HIS IMAGE : GNOSTIC VISION AND SACRED ECOLOGY UNVEILED 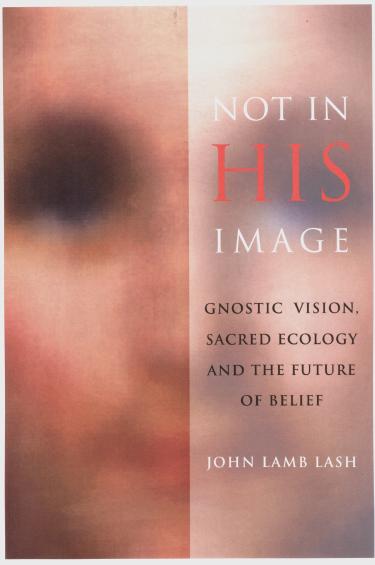 .
http://www.metahistory.org/index.php
.
.
The transition from a Pagan civilization
of great antiquity to our Christianized one
is historically denoted as “The Dark Ages.”
Why “dark”?
What was lost?
.
.
Not in His Image tells the story of that loss. It exposes the most massive campaign of cultural genocide in human history. It probes—as no other book before it—the hidden roots of the ecological crisis that now threatens life on the planet. This investigation leads deep into the realm of the predator reality in which we now live, engulfed and lost to the point of either denial or impotent fury. And it shows how predators and prey have become locked into a vicious cycle of collusion.
Not in His Image describes the rich spiritual world of pre-Christian classical Europe—the Pagan Mysteries, the Great Goddess, Gnosis, the myths of Sophia and Gaia—and its future as a force for rebalancing our lives and reconnecting to the earth. In his riveting account of who the Gnostics really were and what they were protesting against, John Lash identifies who we once were, and what has become of our original genius. He describes the decisive arc of history from the dawn of the Christian Era to the present moment of global terror, a trajectory driven faith-based violence and fundamentalist politics. No scholar has yet plumbed the depths of the Nag Hammadi Library for the profound cosmological myth of our origins and our intimate bond with Gaia, the living planet.
.
Max Igan & John Lash –
Gnosticism and the Sophianic Message


The Gnostic story of the Wisdom Goddess, Sophia, is directly counterpoised to the one Christianity and other monotheistic religions teach us. It explains why a species made in the image of the Father God cannot live peacefully on earth. In Sophia we discover the true foundations of deep ecology. For those of us perplexed by the state of the world and the plight of the planet, Not in His Image gives us back our true story, a myth to guide us beyond faith-based violence toward a sacred ecological path for the future.

.
Sophia’s correction – John Lash talks about Sophia’s correction and what might the reason be for many of these anomalies.
.
Some of the major stories have been about magnetic North being on the move, strange spirals appearing in Norway, Australia, Mongolia, New Zealand and Russia. There have been birds falling out of the sky around the world. A mirage city mysteriously appeared in China in June. A portal like light burst bubble was seen over Hawaii. And the sun rose two days early for our friends up in Greenland. There have been strange plasma like light phenomenon in Fortworth Texas, and many other places as well. Low rumbles and hums are recorded and there are also people saying that the sun rise and sun set has shifted that it is setting more towards the North and that the quality of light is different. Some people are even saying that the stars are displaced and the moon is consequently also behaving strangely. And then we have the usual strangeness continuing as well with increased amounts of earthquakes, strange weather patterns, sink holes have opened up in different places around the globe and strange bright lights are being recorded around the world and while some of these strange phenomenon might be a consequence of technology or experimentation I don’t think it explains everything and the suggestion is of course something else is going on and the question is what? Maybe we are making a mistake when we are connecting all these different phenomenon but they are nonetheless all contributing to the sense of strangeness that something is going and who knows?
Maybe the strangeness has just begun.
.
I call it the journey of living eternity. The correction that starts now is an eternal journey and our participation in it as human beings becomes an eternal witnessing and an eternal interaction and actually the secret and the beauty of everlasting life comes to be revealed in the process of this journey. I would like to leave everyone with a name and a title for the Sophia myth. In its received form from the gnostics it is called the fallen goddess scenario and it has 9 episodes, but when the moment of correction comes, which is now and we have that magnificent opportunity then the story changes. I am not calling it the fallen goddess scenario anymore. I have given another name to the present and future part of the story. I call it Wisdoms Dare. Wisdom is the word Sophia. Wisdom is the name of this goddess. The earth is wise. All creatures of the earth are wise, the clouds, the skies, the grass is wise. The earth is a living embodiment of divine wisdom. And we are her children as well. And so wisdom dares us to join this experiment. And that dare comes from her and when you hear that dare, when you feel it and it comes into your mind and heart at any particular moment that is the moment of responsibility to be a real human being in a real divine experiment that is no fantasy. That is what we are here for. That is our purpose here on earth. I trust that every single human being capable of responding to her who is not too sick from the archontic infection can absolutely know when that dare is in front of you. Wisdoms Dare is the name of this experiment and the name of this story and it is ongoing and eternal.
.
READ MORE HERE
http://www.metahistory.org/
http://www.afribeat.com/authors/spiritreality/researcher_johnlamblash.htm