OUT OF MIND » PERCEPTUAL AWARENESS » THE SHIFT IN CONSCIOUSNESS » Blake Brown: Advancements in Consciousness and the Human Condition

Blake Brown: Advancements in Consciousness and the Human Condition 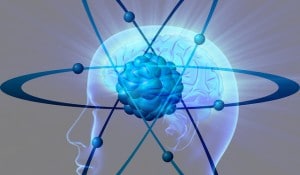 Blake Brown, Contributor for Waking Times.
We recently took a look at the comparison between the human experience and computer science. In our analogy our bodies and brains are our hardware but the things that make us (our beliefs, emotions, thoughts, etc) are like software. We talked about the importance of doing regular maintenance on ourselves and installing great anti-virus programming to keep the evil at bay. Basically we said that we, as humans, get to choose who we are by deciding which software we install.
In keeping with our computing analogy it is important to remember that new developments are happening all the time. Every day scientists work on solving the mysteries of our consciousness and morality.
Time recently reported on the researchers from Belgium’s University of Liege who have been trying to figure out if there are physical indicators that will help doctor’s predict a coma or vegetative patient’s chances of recovery. The scientists are trying to better determine the difference between a vegetative state and a minimally conscious state. Of the different methods these scientists tried, the PET scan, when paired with the FDG imaging agent showed a 74% accuracy rate. These tests don’t measure or dissect consciousness (at least not yet) but they have helped doctors get a better idea of what, physically, constitutes consciousness than they had before.
According to a recent article in Extreme Tech, a scientist named Max Tegmark (from MIT) has decided that consciousness—something we have always thought of as ethereal—is actually a state of matter. He says that, like with liquids, there are lots of different types of consciousness—types that can be tracked and measured using informational theory and quantum mechanics. If he’s right, we’ll be able to measure the difference between self awareness and why we perceive the world in three dimensions.
On the other side of the coin is, of course, the more philosophical approach to the human condition, consciousness and morality. It’s the basis, for example, of the work that Jeremy Griffin is doing with the World Transformation Movement.
Of course, Jeremy Griffin isn’t the only person doing significant work in this area.
A recent article in the Washington Post posited that there was no link between atheism and amorality. The article cites a source that decries atheists for insisting that morality and self sacrifice alone are proof of a deity and then goes on to talk about the different mechanisms through which someone who is not a theist could use “rational choice theory” to justify a self sacrificing act (valuing another’s life over one’s own) or sociologically enforced norms surrounding ethics and behaviors.
The Burbank Leader cites extensive sources that prove that one does not need to believe in a deity or “God” to be a moral person (in spite of what most people believe, according to a recent Pew Research Poll). The article talks about social responsibility being the basis by which we live out our human conditions and navigate the waters of good-vs.-evil as opposed to simply fearing retribution from a higher power if one does not conform to specific constructs of morality and behavior.
Eastern philosophy has been attacking these problems for centuries, coming up with theories on our interpersonal connections, our emotions and our consciousness. Groups like the World Transformation Movement are using science and philosophy to get to the root of our humanity. What do you think? Are you on the side of the purely empirical scientists? Or do you think there is something more…metaphysical guiding our time on this planet (and others in the future if we ever leave this planet and go out into space)?
This article is offered under Creative Commons license. It’s okay to republish it anywhere as long as attribution bio is included and all links remain intact.

OUT OF MIND » PERCEPTUAL AWARENESS » THE SHIFT IN CONSCIOUSNESS » Blake Brown: Advancements in Consciousness and the Human Condition