THE PROGRAMMING OF AN ENTIRE SPECIES… (almost)

THE PROGRAMMING OF AN ENTIRE SPECIES… (almost)
By Laron
By transients.info writer 'The Happy Wonderer'

What's the difference between the average MSM-driven sheeple and the average ‘conspiracy theorist’?

Think of the old ‘elephant in the room’ analogy.  Then consider the house in which those rooms are…. with their elephants.

The sheeple barely even look at the rooms of elephants.  They may see the house, but that’s it - just an edifice…..   But the thinking, enquiring, conspiracy theorist with the Free-Range Brain sees the house, the rooms, and the elephants, but cannot put that into any language that sheeple can speak, imagine, conceive of, or otherwise grasp - because they are programmed only to see a building. 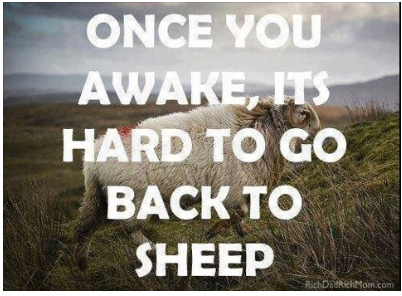 The good conspiracy theorist (I prefer the term ‘Open Minded Researcher’, or maybe ‘Free-Range Thinker’) has retained an ability above that of the average sheeple - it is the ability to view a very broad, complex and long-term picture IN CONTEXT and to try to make sense of it, holding in view a mix of facts, events, history, objective perspective, and all that with a suspension of disbelief ..... but WITHOUT gullibility.

Then comes the ability to view and accept the results of that viewing and consideration, without pre-judgement.  All of that, without the four-letter word 'coincidence' being allowed into the dictionary! Or any fear of being ‘wrong’ - the ability to change or reject a previous idea in favour of a more reasonable thesis is invaluable …. and most certainly not shameful.

I would say that the average open minded researcher is using tertiary level thinking … but the entrained sheeple, regardless of educational qualification, are barely out of kindergarten when it comes to objectively adding two and two and being able to reach an approximate ‘four’ without fear or entrainment getting in the way.  Of course, there are exceptions to every rule!  And NB - that has NOTHING to do with ‘IQ’ at all; it has everything to do with entrainment - the old “Give me a child ‘til s/he’s seven” syndrome.  Make no mistake - the majority of the planet’s population suffers from various forms of PTSD - ranging from abuse, through war, to far more subtle psychological manifestations.  Is not the infliction of life-long ignorance an abuse leading to mental debilitation and disability?

It would take a book (or rather a library) to expound on the conspiracy theorists' assorted 'takes' on our current global situation, but there is a short-cut to the Big One, and it comes in two stages:

Stage 1 is to assume.

ASSUME, just for fun, that our planet is under attack. Who by is irrelevant. OK, is there any hard evidence for this?  Let's look at the dots before we connect them. 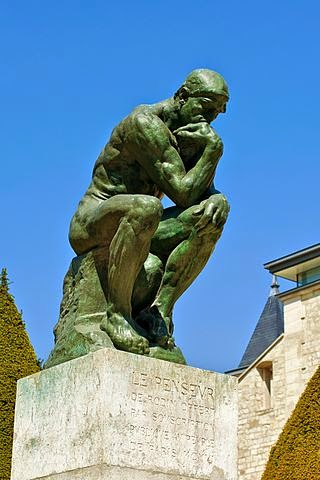 And, my friends, that's just the quick-and-easy short list......

Stage 2 is to look at stage one and see how it actually fits with the global news/reality/events of NOW.  Does it fit a pattern?  Is the pattern negative for human survival? Does it appear to be co-ordinated at all, at any level? Does any of it appear covert? Does anyone in ‘authority’ seem to be ignoring any of that list?  Playing it down?  Preparing deep, safe retreats?

I think we can say a brief "Yes" to that.  So OK - what does that MEAN?  It means that, by taking a broad and sweeping overview, you have  forced yourself into opting for one of two alternatives. Sheeple-ism is out of the running now.  Makes the choice nice and simple, eh?

Alternative 1 is that all phenomena listed in 'Part 1' are pure coincidence and human stupidity.  Any 'threads' that lead back thousand of years in history are also coincidence.  The entire list is pure chance, and proves or implies nothing at all except human greed and stupidity.

Alternative 2 is that yes, there IS a dominating power that has global reach, engulfing this planet and its populations like a black octopus.  Human or not, it is the enemy of humanity, and its intent is total, dominant power and control in every respect regardless of the consequences for humanity.  Basically, a global-size slave society.

How simple is that, as choices go?  How’s your Free-Range Brain?  Have you broken your programming?

Are you ready for the reality club yet?

Posts : 1826
Join date : 2012-02-15
Age : 66
Location : Ct
Now that's fairly simple to understand.....Now the only thing I want to know is who could do this. We all know its true, but who would have the patience to wait and let their heirs get all of the spoils...I mean could a MAN or WOMAN do all this work to let their offspring be the recipient of their labor. Its against human nature...... As I found out a few years ago it is indeed not a human. There is so much in play behind the scenes that I would not know where to start in trying to explain this to people, most of whom would dismiss me as being crazy. But until you have seen it with your own yes, the fear in grown men at even the mention of this beings name, the cowering down in hopes that they would not get a visit.......History knows who he is, our leaders know who he is, and you know who he is.....This planet is a battle for souls, no more no less. Our options are plenty. We know intuitively what is right and wrong, what to eat, how to behave.....Make good choices my friends, really good choices.....Take time to help others, not because of fear of hell, but because we know its the right thing to do....

Posts : 983
Join date : 2013-03-22
Location : Mother Earth
Hi topspin,
I believe that most here would not dismiss what you would have to say outright. I am always intrigued with what you have to add at OOM.

Speaking for ones self I would be very interested in what you have to say on this subject. I will ask you, even if it were in small bites to PLEASE share what you have learned and found out over the past few years. Your knowledge on information and the way you have stated your views have always aroused curiosity in me.

Besides I am all ready the "crazy one" among family and friends and have come to like it. So make me WACKEY!!

Posts : 1826
Join date : 2012-02-15
Age : 66
Location : Ct
Without going into the details , I will tell you that I have met the other side...You see all the religious texts tell us there was a battle in the heavens and there was a loser.You can pick you name for this loser. I call him Lucifer...This is his domain...Its my belief this planet is a battle for souls....He is unable to just take them, he must win them over..He just sets the stage......You see, society tells us to go externally for salvation.....Not I, it just gives them the control they want...Its my belief we should go internally....using our souls as our guide.....Some think this is a conscience.... I have met the soulless ones and they are plenty....When you look into their eyes there is NOTHING there...I mean nothing. No passion, no love.....no nothing... They are empty....You see we live in a matrix where the truth is very difficult to find...You should talk to Purps, she knows the truth..She knows how this planet works....You see , once you truly believe and understand the truth, your world will never be the same....

Admin
Posts : 107587
Join date : 2012-01-04
Location : Woodstock Nation
The truth is so horrific that most just can not or will not want to even consider. That is because they are good beings and it would hurt them to much to want to know that mindset.

I have been a student of the serial killer mentality for decades. Gruesome as that sounds, I think that little hobby actually readied me for this battle. Kind of like the place a surgeon has to go to. After awhile you just do not react to the fact that you have just splayed open another human are covered in their blood and are pulling them apart. Only difference is the doctor will put you back together. These guys keep you alive so they can absorb your fear and suffering.

The bottom line, it is like topspin said. This is good against incredible evil. I think the good guys are gonna come out on the top this time. There are just to many that are awake and using the internet to connect. So epic fail on that for them. We are using the very tools that they created to find us and study us for our advantage. And it beats having to stand out on a busy street corner handing out flyers like in the 60's! That sucked!

I also have met the other side..... which is why I do what I do here. Now the next step as I see it is actual mobilization and removal of the ones that need to be removed. Notice I did not say killed? But I know the perfect place to sequester them. It is where they house all of the abducted missing children. Apparently these underground places cover the entire planet so problem solved!

and yes thumbs up to free range thinkers! LOL

and this is why I don't make very many comments about truth. LOL