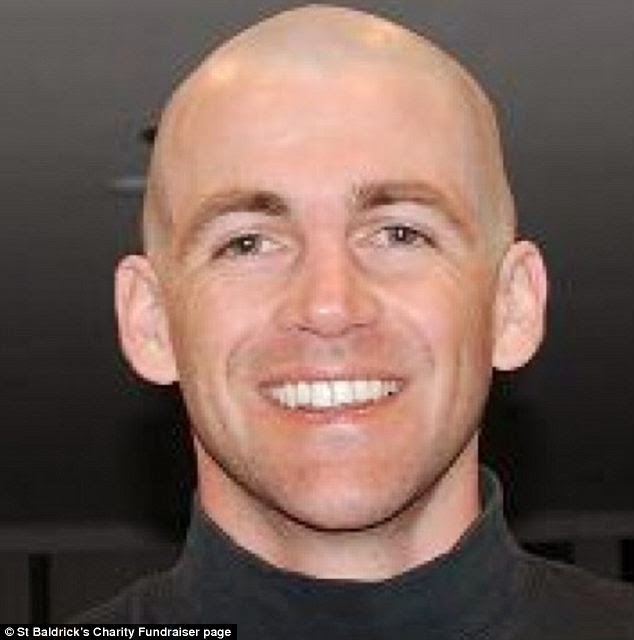 The body of 39-year-old Nicholas Valtz was found floating off Lazy Point in Napeague Harbor, Long Island, on Sunday.

The amateur kiteboarder was still attached to his kite, while his gear was scattered in a grassy area of the harbor.

Full article here: http://www.dailymail.co.uk/news/article-2700515/Goldman-Sachs-managing-director-Nicholas-Valtz-39-dead-kiteboarding-outing.html
Posted by Obi-Wan Kabuki at 4:58 AM

Another high level banker has been found dead.
Nicholas Valtz, a 39-year old managing director at Goldman Sachs Group Inc. in New York, was found dead Sunday afternoon in Napeague Harbor where he had reportedly gone earlier that day to kiteboard. Valtz’ body was found still tied to his kite.
Kiteboarding, also called kitesurfing, combines elements of windsurfing and paragliding which can garner speeds of up to 40 mph. His brother told Bloomberg that Valtz was still new to the sport.
“As a cross-asset sales executive, he helped manage orders for trading clients and pitch them products and ideas among different types of securities. His wife, Sashi Valtz, also works at Goldman Sachs as head of global third-party research sales, according to her LinkedIn profile,” Bloomberg reported.
While the majority of articles have made it clear the police are still investigating this incident and the cause of death is yet unknown, the Daily Mail already ran with the headline, “Goldman Sachs managing director, 39, found dead after kiteboarding accident“.
The incident marks the 15th reported death of a senior banking and finance executive in recent months as just a few weeks ago, JP Morgan Executive Director Julian Knott shot his wife Alita to death with a shotgun before turning the weapon on himself.
Zero Hedge posted the recap of recent banker deaths below after a 52-year-old female banker at France’s Bred-Banque-Populaire jumped from the 14th floor of the bank’s Paris headquarters back in April:
*Note: The count is not actually 16, as #2 on the list Karl Slym was not actually a banker but the managing director of a major car company.

In other news, billionaire Jeremy Grantham, co-founder and chief investment strategist of a Boston-based firm with $117 billion in assets under management, says he is positive another horrific stock market crash is coming and will be “unlike any other” the modern world has seen…
Newsmax Money News reported yesterday:

Melissa Melton is a writer, researcher, and analyst for The Daily Sheeple and a co-creator of Truthstream Media. Wake the flock up!
Don't forget to follow the D.C. Clothesline on Facebook and Twitter. PLEASE help spread the word by sharing our articles on your favorite social networks.
Share this: