A Pennsylvania witness at Marietta recalls a UFO encounter where an orange sphere-shaped object just 40 feet over his home lit up the ground as it slowly crossed the neighborhood, according to testimony in Case 61106 from the Mutual UFO Network (MUFON) witness reporting database.
The witness was sitting on his front porch at 1:10 a.m. Sunday morning, June 10, 2013, when he noticed that his front yard had lit up orange from a source above the home.
“The light was so bright that I could barely see my front lamp post light,” the witness stated. “So I proceeded to step off my porch and out onto our walkway to see what it was.”
The object was just 40 feet above his home. 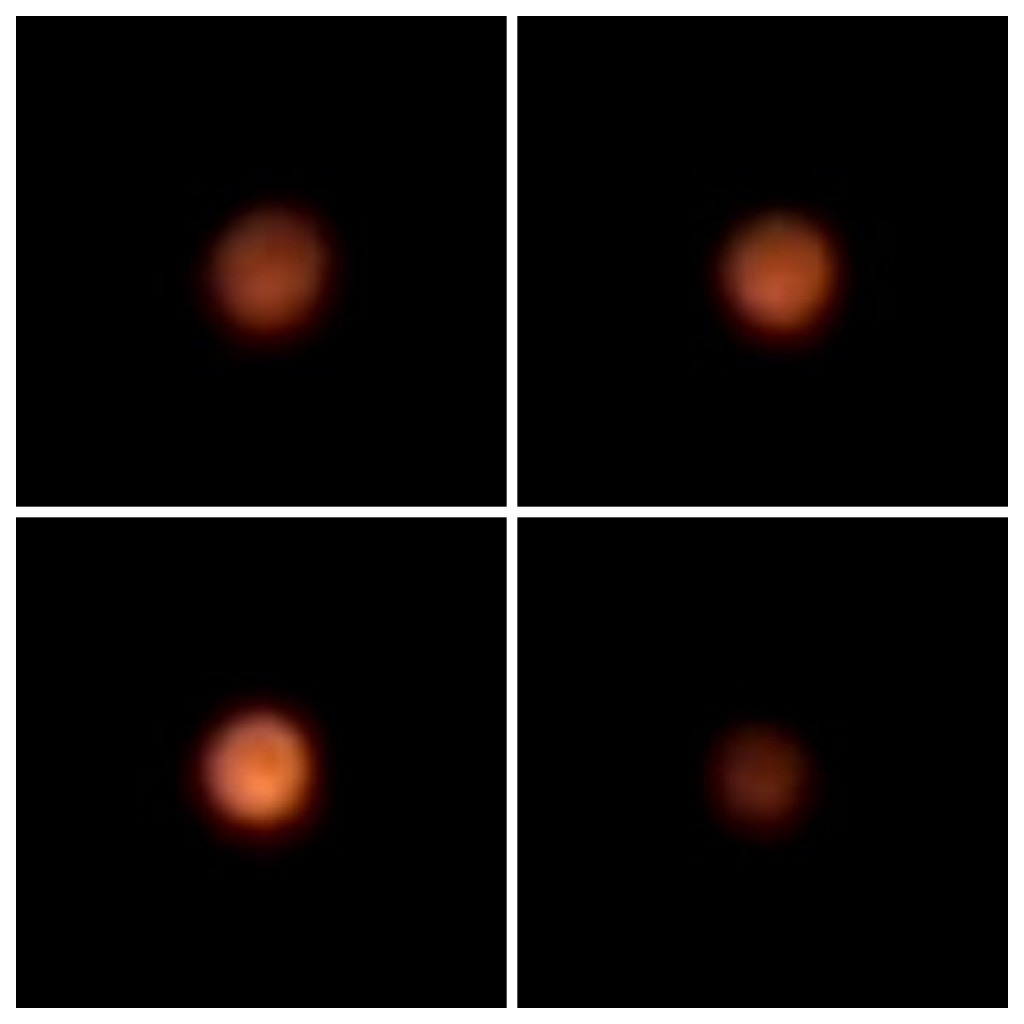 Witness image – which includes four screen shots from the video. (Credit: MUFON)
“I saw an orb-shaped object about 40 feet above my home heading slowly to the west. Needless to say I was stunned. I thought it might have been a Chinese lantern, balloon, or something else easily explainable. I didn’t notice any of that. The object was 5 to 10 feet in diameter and all I could hear was a static electric crackling.”
The witness looked for structure in the object.
“I could not see anything. The object continued across my street and across a small park in front of my house, and at all times lighting up the ground as it moved. The light from the object emanated from all directions. It proceeded to move over the homes just on the other side of the park and the roof tops lit up as well.”
The witness pulled out his phone camera.
“Not the best, but it’s all I had at the time. Took a video around 40 seconds and then it blinked out. The last 15 seconds of the video is me moving the camera around trying to find the object again, but never did.”
The witness included one image (which includes four screen shots from the video) and one video with the report, which was filed on October 31, 2014.


Marietta is a borough in Lancaster County, Pennsylvania, population 2,689. Pennsylvania MUFON is investigating. Pennsylvania has a current UFO Alert Rating of 5 with a low number of recent reports nationally. Pennsylvania had 22 UFO reports that occurred during September 2014 – calculated at 1.72 sightings per million population. 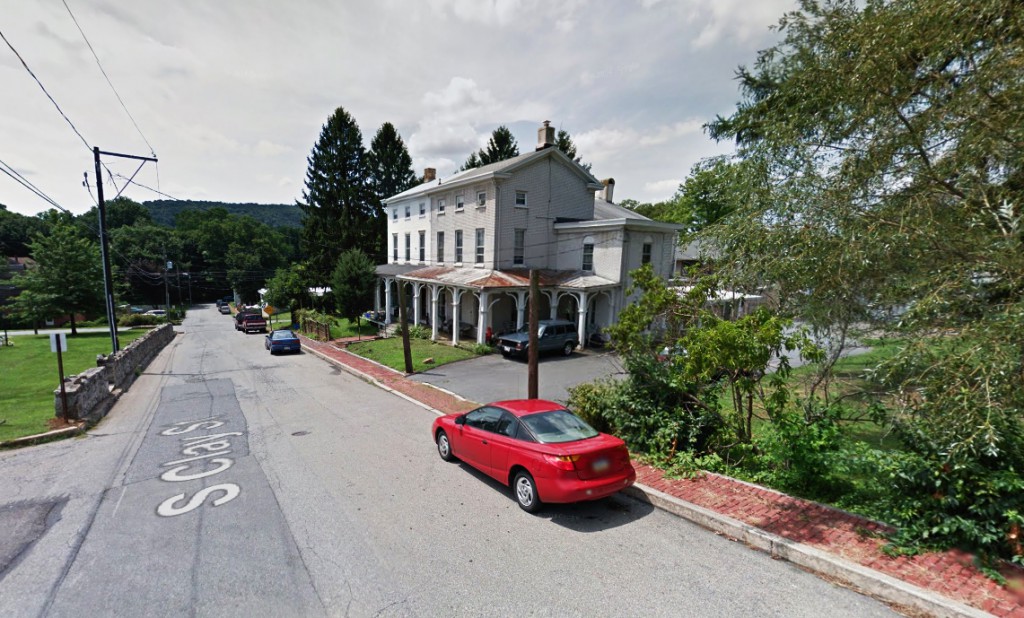 The object was just 40 feet over the witnesses’ home and was lighting up the ground beneath it as it crossed the Marietta, Pennsylvania neighborhood. Pictured: Marietta, Pennsylvania. (Credit: Google)
The UFO Alert Rating System is based on five levels – 1 through 5 – where states with 4.01 or higher reports per million residents are rated an Alert 1; 3.01 – 4.0 reports are an Alert 2; 2.51 – 3.0 are an Alert 3; 2.01 – 2.5 are an Alert 4; and those states with 2.0 or lower are rated an Alert 5.
Please remember that most UFO reports can be explained as something natural or man-made. The above quotes were edited for clarity. Please report UFO activity to MUFON.com.