OUT OF MIND » PERCEPTUAL AWARENESS ~ WELCOME TO WOOVILLE » THE SHIFT IN CONSCIOUSNESS » GREETINGS : WE ARE FROM THE FUTURE … THE REVOLUTION OF LOVE

GREETINGS : WE ARE FROM THE FUTURE … THE REVOLUTION OF LOVE

GREETINGS : WE ARE FROM THE FUTURE … THE REVOLUTION OF LOVE 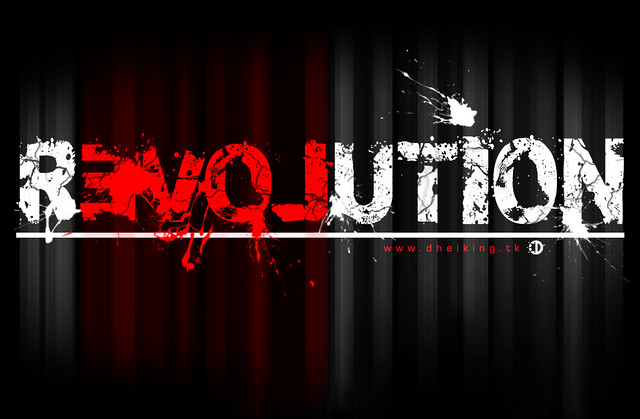 .
[YOU ARE NOT ALONE]
EVERYTHING WILL BE ALRIGHT
LINK
.
Greetings.
We are from the future.
Everything is going to be alright.
Humanity is about to undergo an astonishing revolution.
Many have called for this revolution, but few understand what it truly means.
This coming revolution is part of a great progression towards an awakening of staggering proportions.
Life force is the creative self-organizing intelligence orchestrating all of this behind the scenes.
Life force is experienced by you as the feeling of Love – for Life and Love are the same.
What humanity is about to become is quite inconceivable to you right now,
But we are here to help make this transition a little easier.
.
[YOU ARE NOT ALONE]
Like gyroscopic force stabilizes a motorcycle – Life force [Love] stabilizes all living systems.
Populations full of love, cultivate honesty, courage and generosity, self-organizing and self -regulating without the need for coercive control.
Populations with deficits in love succumb to fear, violence and corruption, inviting coercive governments to combat the chaos and entropy that arises in the absence of love’s organizing intelligence.
Just as Life force is experienced as love, entropy is experienced as ego, hatred and fear.
The corrupt and power hungry feed on this fear.
Without enough gyroscopic force to keep it upright a motorcycle falls, likewise without enough love to keep them upright free and idealistic governments fall.
Populations too fearful, selfish and chaotic to stand on their own, invite despotic governments to forcefully rule and stabilize them like a kickstand for those who’ve lost their minds.
As long as a population has more fear than love, what appears to be democracy is often little more than a spectacle to mesmerize the masses. Autocratic power still operates behind the scenes. Its media directs people’s unconscious fears and aggressions towards invented enemies, insane competitiveness, rabid consumerism and addiction.
.
THIS SYSTEM WILL SELF DESTRUCT.
This system glorifies the ego, the embodiment of entropy, which convinces you that you are alone against the world, causing alienation, fear and aggression.
The core values of your culture have been hijacked, forging a pathologically antisocial anti-ecological system obsessed with profit, power and control.
.
THIS SYSTEM WILL SELF DESTRUCT.
Real change must now come from outside this system.
Real change must now come from you.
Just as free and idealistic governments can’t survive the entropy of populations filled with fear Egoic coercive governments can’t survive the creative self-organizing power of people filled with love.
Gandhi called this power soul force, life force, love force. It is the fundamental force behind all nonviolent revolution and the unassailable creative intelligence of Life.
True freedom and equality requires a population alive with this self-organizing intelligence.
The coming awakening happens in stages.
And the next stage… is THE REVOLUTION OF LOVE.
Love is the organizing force behind all that is beautiful, joyful and creative in this world.
Power structures are merely the reflection of a population’s levels of love or fear.
But true love casts out all fear making graceful revolution not only possible but inevitable.
so the next stage… is THE REVOLUTION OF LOVE.
When you unleash the sentient energies of love, then, for the second time in history the world, humanity will have discovered fire.
The fires of love will spread through all people, thus all systems shaping the world in its own image.
Love is a force of nature. And so are you.
The coming singularity happens in stages.
and the next stage… is THE REVOLUTION OF LOVE.
The love that fuels this revolution starts with you.
You can become an agent of love, allowing it to guide you and govern your actions.
Love is increased through communion, song, mindfulness, prayer, humor, forgiveness and connection.
(We will reveal more in future transmissions.)
For now, communicate to every sentient being you encounter:
I see you.
You are not alone.
We are in this together.
You are loved.
The revolution of love is here – and all is well.
.
So… Let there be Light!
.

THE FUTURE IS NOW

OUT OF MIND » PERCEPTUAL AWARENESS ~ WELCOME TO WOOVILLE » THE SHIFT IN CONSCIOUSNESS » GREETINGS : WE ARE FROM THE FUTURE … THE REVOLUTION OF LOVE