The MOST MERCIFUL THING in the world, I think, is the inability of the human mind to correlate all its events.
H. P . Lovecraft.  The Call of Cthuluhu.
Elva Thompson
Contributor, ZenGardner.com

There Lies a World Hidden,
Mysterious, unknown, and forbidden.
Where dwells entities with technologies beyond our comprehension,
And knowledge kept hidden from us, in this other dimension.
Will the truth ever be revealed?
Earthly forces of power and greed want forever sealed,
Forbidden knowledge for warfare to wield.
Frank Scassellatii
Amid the bright lights, the hustle of every day life and the sensual allure of sex, food, entertainment and consumerism, lies a dark secret known only to a select few.
A secret that rivals any science fiction film or novel ever written.  A scenario reminiscent of H. P. Lovecraft’s Cthulhu Mythos.
The Traumatisation of Humanity

In the last 2,100 years, Homo sapiens has been engineered from a tribal existence of ethics, morals, and inclusive sonic consciousness… into a greedy, lustful, competitive, selfish and violent society.
And, it is no accident that the transition from inclusive consciousness to exclusive thinking has happened in the last 2,100 years of the Grand Cosmic Year.
The Piscean Age
During the age of Pisces, the 12th house, the Alien Installation of the’ I’ has been programmed into our psyche as the false All.  The deliberate stimulation of the ‘reptilian acquired mind’  by our handlers, has sabotaged our ascension timeline, and sent us in the opposite direction…that of devolution.
From a being with simple needs, we have been hijacked and engineered into a sensual creature trapped by the lusts of our body software, immersed in sensuality, and wanting more and more gadgets, gismo’s, titillation and distraction.
It would appear that each time, the hominid called ‘man’ reaches an ascension time line, he has been blocked by conditioning, the trauma of war, disease, pestilence and ongoing electromagnetic genetic manipulation.
The down grading of the Divine
The down grading of the Divine is the elite’s work in progress…and there is no such thing as ‘natural man.’  We have been bred like dogs and genetically manipulated throughout the Ages.
From the divine being, the ALL, we have been split into sexes creating the dual polarity and blueprint of the third dimension, and subsequently modified into Australopithecus, Homo Habilis, Homo Erectus, H. Heidelbergensis, H. Neanderthalensis, H. Floresiensis and  Homo Sapiens.
Mankind is the product of eons of genetic modification and as Linda Moulton Howe says in her video:  ‘Secret History of the Progenitors’ : ‘Homo sapiens can be compared to the 27th model of a Hoover vacuum cleaner!
Homo Borgiensis
The definition of Xenogenesis: the supposed generation of offspring completely and permanently different from the parent.
The twenty first century is the age of digital technology. Our cell phones and ipads are taking over our lives, and it is a small step to the micro chip and the frightening cyber world of transhumanism. Homo sapiens is in for another downgrade and will soon be replaced by another genetically engineered species….one that will be attached to a super computor, monitored and directed by the ‘Astro-Albas’, the blue bloods with their enhanced reptilian genes. The hybrids who have from the beginning been the directors and jailors of humanity,  are slowly engineering homo sapiens into a mammal/reptile Borg.
I have called this new ‘man’: Homo Borgiensis
Could Homo Borgiensis, the new species in the making, explain the terra-forming of our planet, the genetic manipulation of our food, the irradiation of our seas, and the poisoning of our air with chemical trails?…just to name a few of the crimes against humanity.
And, does all the madness of ecological genocide now make sense?
Extinction level Event
There is no doubt that Earth is under the gun, and there is mounting scientific evidence to show that we are facing an extinction level event, and whether it be a nuclear holocaust in a Third World War or an Ice Age, asteroid, kill shot from the sun…it really doesn’t matter.  In line with duality, all things manifest go through a cycle of creation and destruction.
Will Earth end up like Mars…a dead, red planet?
The Mars scenario
Rev: 12
And there was war in heaven: Michael and his angels fought against the dragon; and the dragon fought and his angels, And prevailed not; neither was their place found any more in heaven.
And the great dragon was cast out, that old serpent, called the Devil, and Satan, which deceiveth the whole world: he was cast out into the earth, and his angels were cast out with him.

Dr John Brandenburg, a plasma physicist and an expert in propulsion technologies and a former consultant on Space 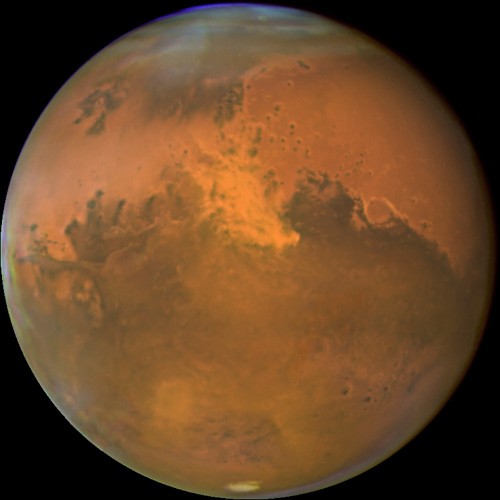 Missile Defence and Directed Energy Weapons, believes that the ancient life on Mars was eradicated by aliens armed with nuclear weapons. In an article entitled:  Evidence of a Massive Thermonuclear Explosion on Mars in the Past’, he writes:
“Given the large amount of nuclear isotopes in Mars atmosphere resembling those from hydrogen bomb tests on Earth, Mars may present an example of civilisation wiped out by a nuclear attack from space.

Did the story of Noah’s Ark take place on Mars?

Ecclesiastes 1:9 : The thing that hath been, it is that which shall be; and that which is done is that which shall be done: and there is no new thing under the sun.
We are told in the scriptures that before the flood destroyed the world, all living things were herded onto a ship of some kind and taken to safety. Physically this would be quite an undertaking!
But to store the DNA codes of all living things on a computor chip would be a piece of cake for a technologically advanced civilisation. The codes could then be transferred to another planet.
Was Earth colonised by Martians fleeing from catastrophe? Were they the so called gods of ancient texts?
The seeding of planets:

All is resonance and DNA researchers are finding out that when certain frequencies are directed to water or light, a  molecule akin to a double helix automatically emerges.
Is it possible that our multiverse is a piece of software waiting to be activated by waves of frequency applied to light and water? If this is so, a civilisation with the appropriate technology, could easily seed life anywhere in our multiverse.
Gen. 1 v1  ‘ In the beginning, when God created the heavens and the earth, the earth was without form or shape, with darkness over the abyss and a mighty wind sweeping over the waters.
Here is a reference to water in the creation story.
and then God said ‘Let there be light, and there was light’.
And then the narrative goes on to say that god brought all things forth after their kind…their DNA blueprint.
Do the hybrids and their genetically modified farm animals move on through these cycles of destruction to another planet…where the game of ‘us and them’ begins again?
MORE HERE>>
+++
ZenGardner.com