UFO SIGHTINGS: "I Don't Think It's Anything Of Ours" - "UFO" Has Hamilton Residents In New Zealand Guessing?! 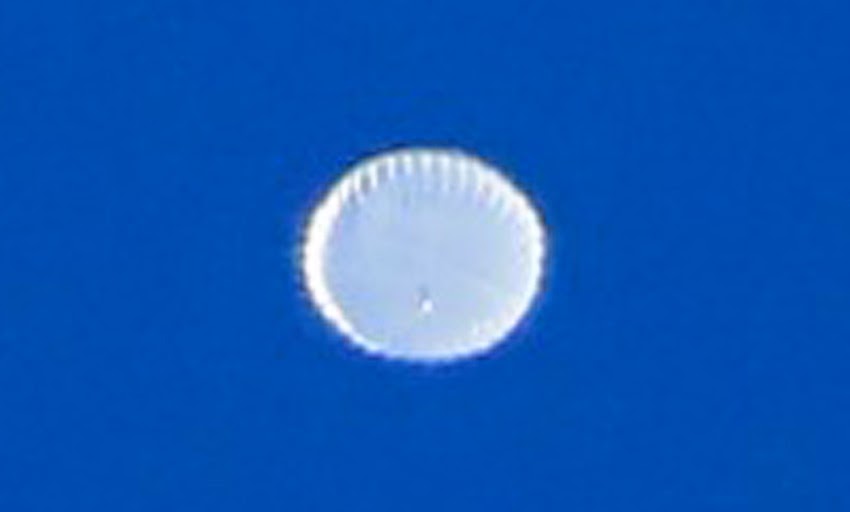 UFO SIGHTINGS: "I Don't Think It's Anything Of Ours" - "UFO" Has Hamilton Residents In New Zealand Guessing?!

I live in the Waikato and I saw this and commented in status about it:
√ℓἇ∂ἇ يúї ᏳẻդẻƦїئ ኔጡ። posted a status Wednesday...
"Viewed a white light shining over H [Hamilton] town yesterday 2nd December,till around 6.30-7pm it was stationary most of the time,it was witnessed by others to."
:..  then it simply vanished..heaps of other people saw it also it appears..a whole forum was set up as people were wanting to know what it was and no one was able to give them any answers about it..this is the write up on it..
December 6, 2014 -  NEW ZEALAND - It wasn't a bird, it wasn't a plane - but no-one seems to know quite what it was.

A sphere-like object floating high above Hamilton had residents craning their necks and scratching their heads yesterday afternoon.

It was seen from Pukete to Melville but the mystery of what the object was remains unsolved.

Western Heights resident Leo Meagher went out for a look around lunchtime.

"My wife was looking up at the sky and she spotted it, so I went and got the glasses," he said.

"Then a plane went past and it was way above that, one of the big planes. And we wondered what it was."

The only explanation he could think of was a weather balloon.

MetService meteorologist John Law said that was unlikely, but the unfamiliar sight was a good excuse to head out and enjoy the sunshine.

Weather balloons were released from Whenuapai and Paraparaumu, around noon and midnight.

After inspecting the object through binoculars, Hamilton Astronomical Society president Robin Holdsworth decided it looked like a balloon.

He understood trials were under way using balloons for observation or communication purposes. "This [balloon] is fairly new by the look of it," he said. "It's relatively stable in the sky."

Niwa couldn't solve the mystery. They had received calls about the phenomenon, but no-one could account for it, spokesperson Susan Pepperell said.

And the Defence Force had no operations around Hamilton that would involve any high-flying objects, Geoff Davies said.

So Hamilton residents were left puzzled.

Judy Walworth saw the mysterious high-flier from Dinsdale. "It's in the direction of the Sun. It's a shiny object that's been up there for at least half an hour," she said.

Perhaps the most entertaining explanation came from a Geekzone Technology Community forum.

"Maybe it's the Government secretly adopting the Civilian Party policy of separating Hamilton from the rest of NZ, and they are surveying for the wall?," user DjShadow posted.

Another possible option is a Google loon - a balloon travelling on the edge of space, which can help widen internet coverage.

The Project Loon site says it began in June 2013 with an experimental pilot in New Zealand. - Stuff.

» Is that a UFO? Nearly 60,000 UFO Sightings Compiled Since 1995 Show Correlation Between Sightings and Military Bases
» MARCH 14 2013 UFO SIGHTINGS OVER FLORIDA, RESIDENTS REPORT UFO'S BUZZING THEIR HOMES BEFORE DAWN!
» Why do our leaders try and keep us guessing like this?
» UFO News ~ UFO over Hamilton, Ontario, Canada plus MORE
» Good People Doing Good Things — Wesley Hamilton