OUT OF MIND » PERCEPTUAL AWARENESS » THE SHIFT IN CONSCIOUSNESS » Karma: Not The “Mainstream” Version – The Real One

Karma: Not The “Mainstream” Version – The Real One

Karma is a concept taught by various cultures throughout human history, and is an idea that dates back thousands of years. Despite its proliferance, the idea of karma seems to be generally misunderstood and frequently tossed around without any real understanding of its true meaning.

In the Bhagavad Gita (one text out of many from multiple cultures that speak of karma), there are constant dialogues about how to attain what’s referred to as “moksha”. Moksha is the release from the cycle of rebirth; a sort of transcendent state or freedom from the world we currently know – a world in which our senses deceive us. It’s a state of bliss that can only be attained when we have freed ourselves from the web of Karma. Once we reach that point our soul is ready to move on to another experience that goes beyond rebirth. 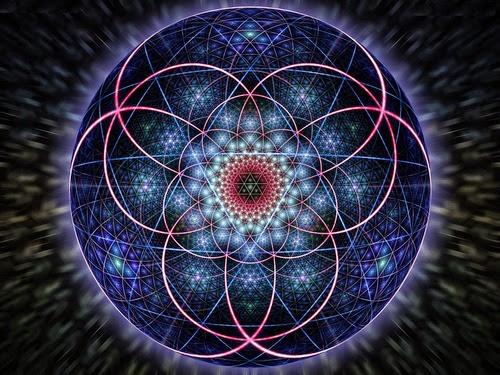 According to Hindu philosophy, the only “higher” activity one can engage in other than performing selfless, fruitful action is the quest and cultivation of spiritual knowledge, contemplation and truth.

Let’s take a look at what karma really means:

“The Principle of Karma requires that the experiences of the individual being, based on his actions during the lifetime, are imprinted in the subtle body, which will therefore have to possess some organized structure of fine matter as mental state within it, and will accordingly be impelled to move to specific locations for rebirth. The principle of Karma is fundamentally based on this very concept that the deeds of today shape the future events for man – the most intelligent of beings is gifted with the discriminating ability in addition to the instinctive habits that all other creatures possess.” – Paramahamsa Tewari ([url=http://www.tewari.org/Books/SpititualFoundations/SF R12702.htm]source[/url])

The general idea is that every time we perform an action a cause is created that will have corresponding effects. Again, Karma literally translates to “action” or “deed” and included within that action are your thoughts and intentions. The karma principle makes it clear that the universe will respond to you in this life and/or the next. Actions have “consequences,” and thoughts do as well.

I personally like to leave out “good” and “bad” when it comes to the consequences of our actions. For example, a human being can have what we call a “good” experience or what is perceived as a “bad” experience. The truth of the matter is that they are experiences, regardless of how we perceive them and choose to label them. We can either choose to grow from these experiences and learn from others, untangling ourselves from the web of karma, or we can continue viewing them as “bad” (for example) and prevent ourselves from moving forward.

According to some Indian philosophies, like Jainism, Karmas are invisible particles of matter existing all around us. Our souls attract these karmas through various actions. For example, every time we get angry we attract karmas, just as when we are deceitful or greedy. Likewise, every time we kill or hurt someone we attract karmas. According to Janism these karmas form layers upon layers over our souls and keep us from realizing our true potential and our ability to hear our soul’s voice.

I find it very interesting that the philosophy and concept of karma is discussed in various ways by multiple cultures, religions and philosophers over a period spanning thousands of years.

Again, karma is all about action. In Hindu philosophy, it’s believed that purified minds will be the ones to partake in jinana yoga, what is also known as the yoga of knowledge. As mentioned earlier, this quest for truth and contemplation was believed to be a superior act of being as opposed to performing karma yoga (good deeds without care for their rewards or consequences, selfless acts), but both are paths to the same destination.

Performing karma yoga is all about performing acts that can benefit the planet(s), acts that stem from the heart’s intent strictly for the benefit of the world(s) or others. This is important to remember, because many can perform good deeds in order to benefit themselves, reap the rewards, get to a specific destination or to “look good” in the eyes of others. Performing acts from an incorrect place within your heart is not “doing your karma,” but rather, performing a selfish act in the disguise of good deeds – something that might actually cause you to accumulate more karma instead. Karma is all about the place you are coming from within, which brings me to my next point.

The Difference Between Karma and the Mainstream Idea of It

When I refer to the “mainstream idea of karma” I am more so referring to the idea and energy behind the statement “they’ll get what’s coming to them” as well as the idea that performing good deeds will provide you with good rewards.

Although “good” deeds might come full circle and have positive fruition, just as “bad” deeds do, karma has absolutely nothing to do with people “getting what’s coming to them” as a result of their “bad” actions. It’s about learning from your experiences, not about receiving the consequence of your negative action for the sake of receiving it. The focus needs to be on achieving personal growth as a result of your deeds; even if we are not consciously aware of it, there is growth occurring at the soul level. Karma is an opportunity to move forward. If you see somebody hurting another person and then you see that aggressor hurt or suffer afterwards, it’s not your place to point your finger and say “karma,” or “they got what was coming to them.” Karma is accumulated so we can eventually rid ourselves of it, learn what we need to learn from this human experience, and move on. It has nothing to do with the energy of judgement and blame.

Furthermore, if you do good deeds while under the belief that good deeds will be reciprocated, you are completely contradicting the idea of Karma. Why? Because performing karma is all about action that comes from a selfless place within your heart, for no reward, for the good of the world. If you have the idea in your head that you will somehow be rewarded, or you are engaging in acts of good will for others to see, or trying to move forward in your career or other aspects of your life, you might in fact be wrapping yourself up in even more karma. The most important thing to consider is the intent and the reasons behind your actions.

“Actions performed without desire for rewards with spiritual consciousness contribute to the fulfillment of liberation. When fulfillment is achieved one attains the ultimate consciousness and liberation is automatically included. By performing actions in this manner a living being becomes verily a being of non-action. Renunciation is relinquishing the desire for rewards attached to appropriate actions. Performing actions in spiritual consciousness without desire leads to liberation.” (source)

There is a quote I saw that was floating around the internet not long ago that stated:

“Karma, no need for revenge. Just sit back & wait, those who hurt you will eventually screw up themselves & if you’re lucky, God will let you watch.”

“The universe that we inhabit and our shared perception of it are the results of a common karma. Likewise, the places that we will experience in future rebirths will be the outcome of the karma that we share with the other beings living there. The actions of each of us, human or nonhuman, have contributed to the world in which we live. We all have a common responsibility for our world and are connected with everything in it.” – The 14th Dalai Lama

Just as we accumulate karma as individuals, we do it on a collective level. Our actions as one giant human race will have consequences, and we’ve seen that time and time again. One of the biggest examples is how we are operating here on planet Earth, as well as our relationship with the environment and other life forms that share the planet with us.

I think it’s important to question what exactly we are doing here – what we are thinking and how we are acting, and to then examine what type of reality we are manifesting as a result of those thoughts and actions. After all, quantum physics is shedding light on just how important human consciousness is, and how factors associated with consciousness are affecting our physical material world. You can read more about that here.

I will leave you with this quote, as it is a completely separate topic yet still related to the idea of karma in some way.

“Broadly speaking, although there are some differences, I think Buddhist philosophy and Quantum Mechanics can shake hands on their view of the world. We can see in these great examples the fruits of human thinking. Regardless of the admiration we feel for these great thinkers, we should not lose sight of the fact that they were human beings just as we are.” – Dalai Lama (source)

**This is a very brief, condensed explanation of Karma according to Hindu Philosophy. Please keep in mind that the idea of Karma is present in various ancient cultures that have roamed the Earth through various stages of human history.

About the author
Arjun Walia - I joined the CE team in 2010 and have been doing this ever since. There are many things happening on the planet that don't resonate with me, and I wanted to do what I could to play a role in creating change. It's been great making changes in my own life and creating awareness and I look forward to more projects that move beyond awareness and into action and implementation. So stay tuned :) arjun@collective-evolution.com

"I personally like to leave out “good” and “bad” when it comes to the consequences of our actions. For example, a human being can have what we call a “good” experience or what is perceived as a “bad” experience.

The truth of the matter is that they are experiences, regardless of how we perceive them and choose to label them.

We can either choose to grow from these experiences and learn from others, untangling ourselves from the web of karma, or we can continue viewing them as “bad” (for example) and prevent ourselves from moving forward. "

OUT OF MIND » PERCEPTUAL AWARENESS » THE SHIFT IN CONSCIOUSNESS » Karma: Not The “Mainstream” Version – The Real One