OUT OF MIND » THE INSANITY OF REALITY » FINANCIAL COLLAPSE »  Shadow of Tomorrow: Acts of Desperation

Shadow of Tomorrow: Acts of Desperation

Shadow of Tomorrow: Acts of Desperation

I have been reading JC Collins articles for a long time now- and when it comes to knowledge of economic factors- especially the SDRs (IMFs "Special Drawing Rights).  I would challenge any main stream media "global economist" to go head to head with Collins about the inner workings of global finance and the IMF's SDRs.  I may not always agree with his conclusions, but his research really is close to unquestionable.

Earlier this morning I published the article "Good Cop, Bad Cop": The final act on the Global Stage of US vs Them

In this article I outlined the main topic I will be discussing tonight on Transpicuous News, at 9pm gmt on CCN, TONE and here on RTS- after we run through the various ridiculousness of this past few days of global happenings.   This is sorta like pre-homework.   This article below from the Philosophyofmetrics is the next step in the game plan of the controllers.

This next step will be the final act of the global war on humanity that has been fought almost silently for the past 60 years.  While their play was put in motion under the cover of darkness, hidden behind a heavy curtain of disinformation, misinformation, lies and outright fraud, the end goal of their decades long viewed plan is about to be launched- out of desperation.  Desperation, because so far, things have not gone as they expected.  Nor as fast as they expected.

Their plan to put martial law into place in the US, for example... well they missed their window of opportunity.  They may have been able to have pulled it off 5 years ago... but now they can't.  There are too many HUGE groups in the US that are onto their "martial law" scheme for them to be able to make it work- Hell, just the gun activists alone now outnumber the US military ground troops! Hence their moves into Europe with the Anti-Muslim rhetoric and rallies to test if they can make it work over there.  But even that isn't working- while the media has been spotlighting the anti-Islamic and anti immigration protests, they are being very very quiet about all of the other protests that are protesting the media circus driven protests. Even their push for "WAR" has been a failure, and the public is now openly questioning the what was once upon a time, unquestionable.


Now they are desperate.... 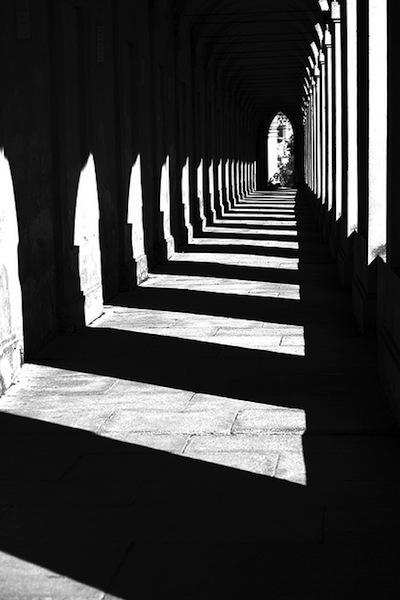 When President Obama stated last night in his State of the Union Address that the “shadow of crisis has passed” it perfectly set the stage for the next phase of the CSI, or Cultural and Socioeconomic Interception.  The CSI is a prolonged and multi-scripted methodology which is implemented over years and decades to engineer specific adjustments to the collective awareness of  mass populations.
The economic manipulation from external forces in the years leading up to the French Revolution, and the script which shifted the blame onto the the monarchy, is one such example of the CSI procedure.  Another is the recent representation of Russia and Putin in the western media as the aggressor in the Ukraine situation.  The script is rolled out through the mass media in segmented flashes with just enough time in between to lull the viewer into a state of apathy and acceptance.

The CSI is not one single event, or a false flag incident, such as the Reichstag Fire in Nazi Germany or  the Great Fire of London in 1666, but is a series of acutely engineered scripts which are melded together by the single false flag events.  See post The First False Flags – Money Changers and the Great Fire of London in 1666, for a more detailed explanation of the CSI.
Back in the beginning of 2014 I began to explain how a method of the Hegelian Dialectic was going to be used in transitioning the world from the unipolar USD based financial system to the multilateral SDR based financial system.  It was stated that the process of “problem, reaction, solution” would herd and manipulate the mass populations of the world into accepting the supra-sovereign governance of the global institutions.
Each region of the world has different and unique circumstances which require different and unique modifications to the CSI process.  These micro scripts are intended to consolidate within the larger macro script as the full transition begins to manifest in the broader economy.
The micro CSI scripting is unfolding at a furious pace over the last few months, with increasing frequency in the last few weeks.  The script of the economic recovery in America is the most obvious CSI which has been presented to the masses, and with the State of the Union speech last night, along with the “shadow of crisis has passed” phrase, we can determine that the recovery CSI has now been closed.
This analysis is extremely important because the macro CSI which has been slowly unfolding since the financial crisis of 2008, mainly from the emerging economies, such as the BRICS countries, and the Euroasian Trade Union, as well as some of the international institutions, has been promoting the script of systemic imbalances which have been caused by the USD reserve structure.
The script calls for a multilateral monetary framework to replace the unipolar USD framework.  The shift away from a USD system, and the imbalances which have been created over the decades, such as exchange rate volatility and account deficits, will no doubt cause some dramatic lows and highs across the financial world.  Some of the highs and lows are clearly visible today as the USD appreciates and drives further depreciation into any currency that is pegged to it.
As the multilateral continues to be implemented, this existing exchange rate structure will begin to fracture, as we witnessed last week with the Swiss franc, and the dollars held in the foreign reserve accounts of central banks around the world will be converted or exchanged for alternative liquidity, such as SDR bonds.
The recovery CSI has given the American banking and industry interests, represented in the colorful composition of the Democratic and Republican parties, the ability and confidence to shift-blame the massive deflation in the international financial system on external entities.
The script will read something like “external factors outside of American control have reversed the recovery and hard work of average Americans”.  This script will focus mass awareness away from the coming internal governance measures, (required to integrate America into the multilateral system) and focus the confused and disappointed apathy of the masses onto whatever foreign and external source that is built into the macro script.
Any internal emotion will be swallowed in whole by manufactured racial tension and other methods of civil unrest.
The melding of the “American recovery” CSI script and the macro multilateral CSI script will require an “event” of undetermined characteristics and methodology.  Now that the “recovery” script has been closed, we can expect to see this “event” take place at any time.
The “event” could be a geopolitical false flag, or some form of “sudden” crisis in the global financial system, or a combination of both.  The candidates vary from an expansion of proxy wars in Ukraine and Syria, a sudden crisis between North and South Korea, or a fragmentation of the euro currency and consolidation of the European Union into the Euroasian Trade Union, and any other number of possibilities.
Perhaps an engineered global revolution with the end result clearly defined as a multilateral framework which “will reduce systemic corruption and correct financial imbalances”.
The intent of this post is not to scare or fear monger, which is why I carefully choose the words and language I use, but to bring awareness to the CSI process and how it is being implemented throughout mass populations around the world. It requires abstract thinking and the ability to recognize repeating patterns across the socioeconomic and geopolitical spheres.
The World Economic Forum and the IMF today called for a “central bank of oil”, which is code for regulating the oil pricing mechanism and ultimately using the SDR as the unit of account for not just oil, but all other commodities. This CSI scripting fits perfectly with what we have been discussing for the last year in regards to the multilateral transition.  So far our analysis has been correct on both the methodology and scripting practices of the transition.
All central banks around the world are implementing their own micro CSI script for the purpose of shifting upward into the macro CSI script.  This also includes Russia and China, both of which have been the most vocal about the need for the multilateral framework.
We are all like the people of France in the years and months leading up to the French Revolution.  Please don’t accept any scripting which promotes the idea of the source of the problem becoming the solution to the problem.  The French had no idea what hit them.  We do.    – JC

OUT OF MIND » THE INSANITY OF REALITY » FINANCIAL COLLAPSE »  Shadow of Tomorrow: Acts of Desperation