OUT OF MIND » CHANGING ENVIRONMENT & NATURE » GUIDE TO THE NIGHT SKY » About That Moon… It’s Not Real, You Know

About That Moon… It’s Not Real, You Know 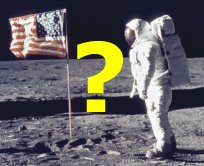 For some of us, this is mere confirmation. For others, it may be an invitation to go down a very deep rabbit hole. There is a good video introduction below to the concept of our artificial life in a construct passed off as reality. And this is just the MOON. We won’t get into the sun just now.

Those who probe usually find answers, as well as more questions. I don’t know if anyone has put ALL the pieces together yet. I certainly haven’t, but I look at the sky in a different way than I once did.

So far, being able to define exactly where we are existing with respect to the REAL outer space eludes me. I can’t picture it. But I’m open to learning more.

Fair warning: once one views a video such as this, it’s very difficult if not impossible to go back to living the old life with blinders because what we once knew as fact, just doesn’t make sense any more. The understanding that we truly are trapped in a matrix may come as a shock.

Yah. Go figure. Movies present more of a reality than science does. Is everything an illusion?!
It’s hard to argue with a repeated wave pattern moving through the face of a full moon as you will see in the video, if you haven’t seen it before. Yellow Rose fans may have.

I surmise that it must be very difficult for those who are here to awaken us to the truth and keep us apprised of the efforts to bring about our liberation from this illusory world, to communicate in ways and use terminology and concepts we can all accept, because we’re not all in the same stage of awakening, nor are we on the same page as to what is real and what isn’t.

So, before we throw the baby out with the bathwater, I would say that I have faith we will all gravitate to the messengers who “speak our language”. There is not one Lightworker/Freedom Fighter who will be able to satisfy every soul on their journey to reality.
Each one uses terminology and explains things in a way they feel is most beneficial and within the scope of their expertise. They will put the emphasis on what they believe to be most important, and leave other aspects to other leaders. They try to explain things in a way we can understand.They are doing what they are guided to do.

I’m willing to bet that there is much we will simply not be able to grasp until we see it for ourselves, after our exit from the Matrix. Some things are just not explainable to someone who has no idea about the physics that have been hidden from us. In other words, we don’t know what we don’t know.

I suspect that since the concepts that define our true reality don’t exist in our mind or our vocabulary, that what we’re told is “representative” of the truth. It’s as close as we’re going to get—for now.

To say one Lightworker or message is better than another, more accurate than another, or more honest than another defeats the purpose. Many of us take what we like from each and are grateful for the crumbs of truth strewn on our path. Since we don’t even know for certain what the truth is, how can we say any of them are wrong? In the end, if it turns out we believed something that isn’t true—oh well! It won’t matter. Let’s focus on what DOES matter.

I think we need to relax and exercise tolerance in what is the most difficult situation for Humanity in 26,000 years.  We are about to be freed, and it’s all good. We needn’t let fear colour our experience. No matter which Lightworkers or portfolio of truth resonate with us, we SHALL be free. It can be no other way. Let’s relax and enjoy the journey.  ~ BP

The Luna – ticks are in my Halls, see ya on the Dark Side of the Moon

We all live in the same system
Crrow777
After many thousands of hours of lunar observation and research I have come to know that the moon is an illusion and that people cannot go above low Earth orbit. The moon is not a rock in orbit around the Earth.
I just saw a comment from one of the folks who helped fund this project. I want to say the following: I have known the truth about our moon for a little over one year. In that time I have re-confirmed what I know many times. When I saw the Russian research it not only confirmed what I had come to know – it was perfectly spot on and then some – equinoxes – wave times – everything. And this does not even consider the contacts from people who also confirmed what I had filmed. I made this announcement knowing full well the trouble that will follow – but I did it anyway because it is true and affects every living being on this planet.

Published on 4 Mar 2015
After many thousands of hours of lunar observation and research I have come to know that the moon is an illusion and that people cannot go above low Earth orbit. The moon is not a rock in orbit around the Earth. Below you will find some links to the Hatybow and other Russian research papers. If these works are correct we owe quite a debt to Hatybow. Please follow my articles on the Examiner.com and click the link below to subscribe the author. I will send notifications as new articles are published.
http://lit.lib.ru/h/hatybow_a_m/lunak…
http://translate.google.com/translate…
https://drive.google.com/folderview?i…
https://translate.google.com/translat…
http://az.lib.ru/m/morozow_n_a/text_0…
http://translate.google.com/translate…
http://wms.lroc.asu.edu/lroc_browse/v…
http://www.examiner.com/user/6828787/…
Viewer requested T-shirts: http://www.cafepress.com/crrow777

OUT OF MIND » CHANGING ENVIRONMENT & NATURE » GUIDE TO THE NIGHT SKY » About That Moon… It’s Not Real, You Know