The Shocking, Dark History of Amtrak 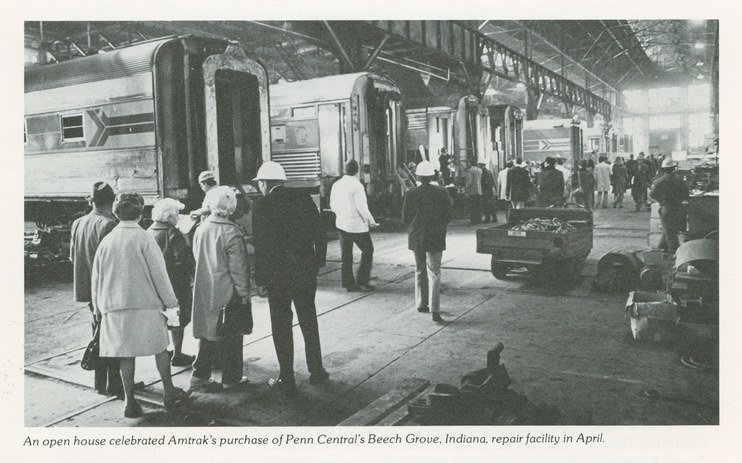 **If you like this article you can watch to Jason’s full discussion on today’s show**
As you well know, Amtrak has been in the news recently after one of its trains derailed while its conductor was asleep at the wheel. As usual, the media is asking all the wrong questions.  That’s because very few people know the history of Amtrak. If you don’t happen to be one of them, the truth will shock you.

Amtrak is a government owned Railroad Company operated by more than 20k union workers, has a CEO appointed by the President of the United States and a budget allocated by Congress.
Amtrak receives over $1 billion a year in subsidies from Congress and has lost money every year for the 43 years it’s been in existence. In fact, every time a passenger rides Amtrak the railroad loses $32.
So why do we even have Amtrak? Why does the government own a railroad and why would it continue to dole out money every year to provide a service like rail travel when we already have cars, buses and air transportation, most of which is cheaper than riding Amtrak?
It’s easy to discount this as more government waste, a program that was started with the best of intentions but has failed to live up to the expectations. But if you believe that, you’d be wrong.


To learn the real story we have to go back to 1970.
At that time, Penn Central railroad was the nation’s largest railroad with 96,000 employees and a payroll of 20 million a week. But in 1970 it also became the nation’s biggest bankruptcy.
Because of its poor management, Penn Central owned money to just about everyone.  The list of creditors included:

That’s just to name a few. In order to secure the massive loans, the company had appointed officers at the largest of those banks to sit on the board of directors. And over time they even began to acquire control over the railroad’s management.
This was incredibly beneficial for the banks, as you can imagine. Most notably because it made them privy to information long before the public received it and long before the news would affect the share price of Penn Central’s Stock.
In G. Edward Griffen’s book The Creature from Jekyll Island, he quotes Chris Welles who wrote the following.
“On May 21, a month before the railroad went under, David Bevan, Penn Central’s chief financial officer, privately informed representatives of the company’s banking creditors that its financial condition was so weak it would have to postpone an attempt to raise 100 million dollars in desperately needed operating funds through a bond issue.  Instead, said Bevan, the railroad would seek some kind of government loan guarantee. In other words, unless the railroad could manage a federal bailout it would have to close down.  The following day, Chase Manhattan’s trust department sold 134,300 shares of its Penn Central holdings. Before May 28, when the public was informed of the postponement of the bond issue, Chase sold another 128,000 shares.  David Rockefeller, the bank’s chairman, vigorously denied Chase had acted on the basis of insider information.”
Now keep in mind these bankers were deeply involved in the decision making at Penn- not just as its board of directors but in many cases its management. The poor management that caused the demise of Penn Central was a direct cause of the poor management by the banks that loaned Penn its money.
Griffen further writes in his book:
“The banks provided large loans for disastrous expansion and diversification projects. Then they loaned additional millions to the railroad so it could pay dividends to its stockholders. This created the false appearance of prosperity and artificially inflated the market price of its stock long enough to dump it on the unsuspecting public.”
So while the bankers were managing Penn Central into the ground they were also artificially inflating the value of Penn’s stock by loaning Penn money to pay dividends on stock that they owned.
They then made money on the interest Penn paid on those loans, and finally they were able to unload their shares at a premium price before the market was aware of the bankruptcy because they were privy to insider information since the sat on the board.
And if that’s not incredible and devious enough, it only gets worse.
You see that Penn was set to go into bankruptcy and the loans those banks held were at risk of default. To the bankers that owned Penn Debt, this was unacceptable. Luckily for them, the Federal Reserve was created for just a situation such as this.
The Fed considered just doing a direct cash infusion of newly printed money, but the rules at that time wouldn’t allow them to do it. So they did the next best thing.
The Fed chair at the time, Arthur Burns, called all the heads of the federal reserve banks around the country and told them the to open the discount window.
What that meant was that the next morning the largest banks in New York would be able to borrow as much money as they needed so they could in turn lend it to other commercial banks so they could in turn lend it to Penn Central.
So the same banks that drove Penn Central into the ground were now getting nearly free money from the Fed to loan to… essentially themselves, to keep Penn alive
But you see, the banks weren’t interested in that deal, not unless they could get some protection. They wanted the taxpayer to co-sign on the loan to guarantee that in the event Penn failed, they would still get their money.
And so the lobbying effort began. Executives from Penn, bankers, and union representatives all went racing to Washington to explain how the railroad was essential, not only to the public and the economy but to national defense itself.
(Sound familiar? GM)
Congress, of course, reacted swiftly by retroactively ordering a 13.5% pay raise to all union employees which further strained Penn’s balance sheet.
The next Congress passed the Emergency Rail Services Act, which authorized $125 million in federal loan guarantees.
None of this solved the problem, and none of it was designed to. It was simply designed to give the banks a way to guarantee their loan payments and ensure their future profits. In that context it succeeded gloriously.
Penn Central was officially nationalized in 1971 and its name changed Amtrak. Truth be told, the story of Amtrak is one of crony capitalism, bank and government collusion and the fleecing of the American people. In fact, we’re still being fleeced today.
-Jason Stapleton
http://www.jasonstapleton.com
Watch the entire show below: