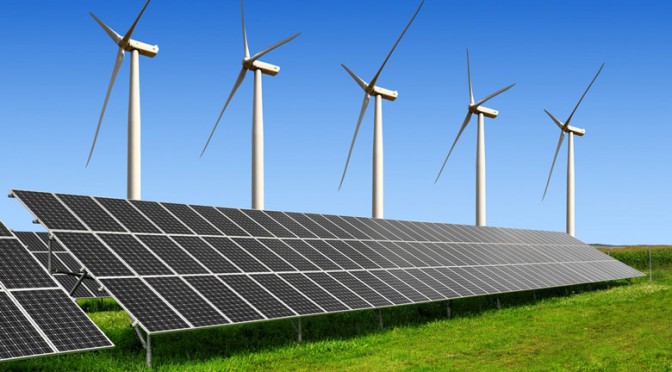 But translating overwhelming support into action is easier said than done. Americans may be able to imagine a future powered entirely by renewables, but they aren’t quite sure how to get there. A new study published in the online edition of Energy and Environmental Sciences may help. The study describes in detail how each state could reasonably achieve the goal of 100 percent renewable energy by 2050. More details after the jump.
The report outlines how states may achieve 80 percent renewable energy by 2030, followed by 100 percent in 2050. The study’s authors assume by 2050, all new cars will be electric and buildings will be converted to electric heating and cooling systems, all of which would receive their power directly from renewable energy sources. As the researchers determined individual state needs and resources, they studied sun exposure, the number of roofs fit for solar, wind resources including off-shore, existing hydroelectric resources, and geothermal capability, which only 13 states were determined to possess. 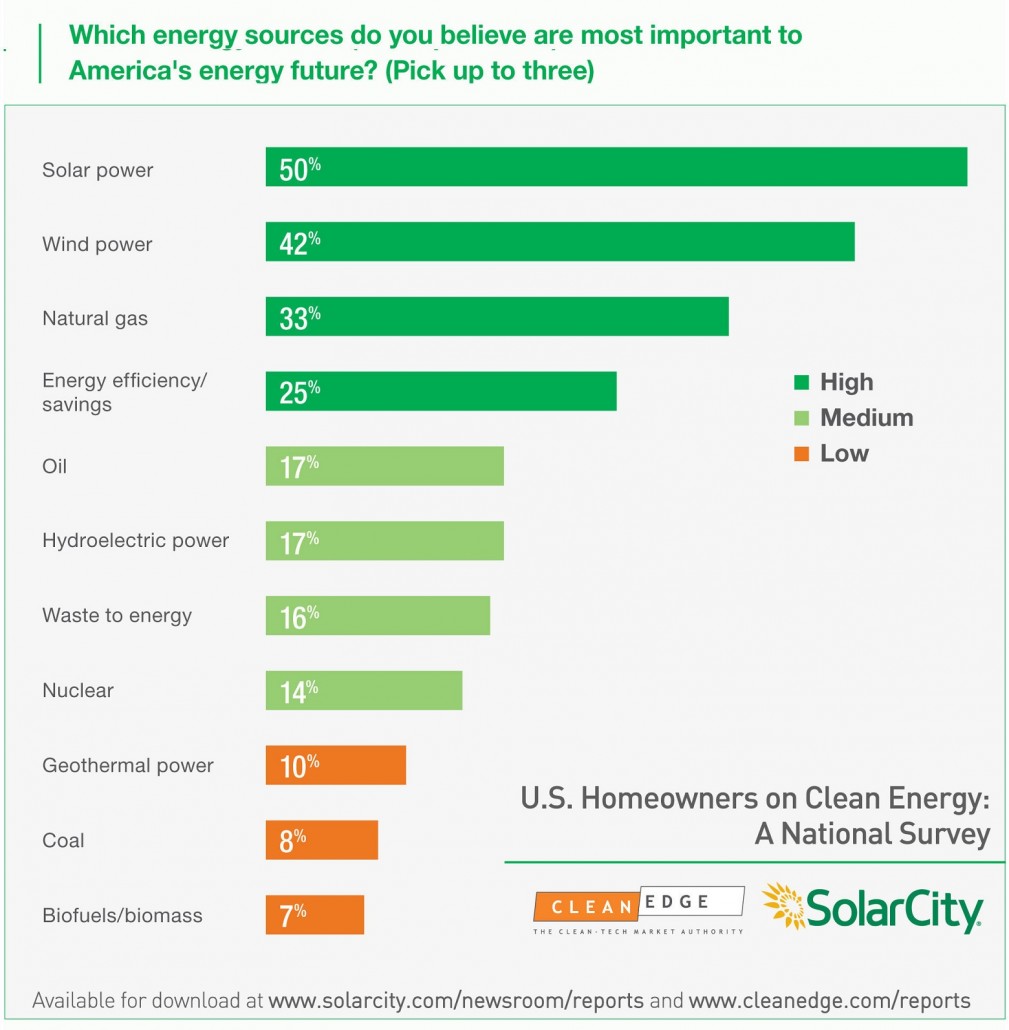 When homeowners were asked to pick which specific energy sources were most important to the nation’s future, solar (50%) and wind (42%) led the pack, followed by natural gas (33%) and energy efficiency (25%). Lower in the rankings were one-time energy stalwarts nuclear power (14%) and coal (8%). Solar power was the top choice among a wide range of demographic groups including Republicans, Democrats, Independents, conservatives, liberals, city and rural dwellers, youth, and the elderly. (PRNewsFoto/Clean Edge, Inc.)
The detailed recommendations for each state were designed to be technologically feasible and affordable for local, state and federal government. However, money and technology may not be the problem. “The main barriers are social, political and getting industries to change. One way to overcome the barriers is to inform people about what is possible,” says Mark Z. Jacobson, professor of civil and environmental engineering at Stanford and co-author of the study. “By showing that it’s technologically and economically possible, this study could reduce the barriers to a large scale transformation.”
Not only is a 100 percent renewable energy economy necessary to combat climate change, it actually may be cheaper than the status quo. “When you account for the health and climate costs – as well as the rising price of fossil fuels – wind, water and solar are half the cost of conventional systems,” Jacobson says. “A conversion of this scale would also create jobs, stabilize fuel prices, reduce pollution-related health problems and eliminate emissions from the United States. There is very little downside to a conversion, at least based on this science.”
Source: This article was seen on Powerful Primates and was used with direct permission from the author.