Tory Prime Minister is said to have held a meeting with a rising star, who was tipped for promotion, and told him: “You have to clean up your sexual act” 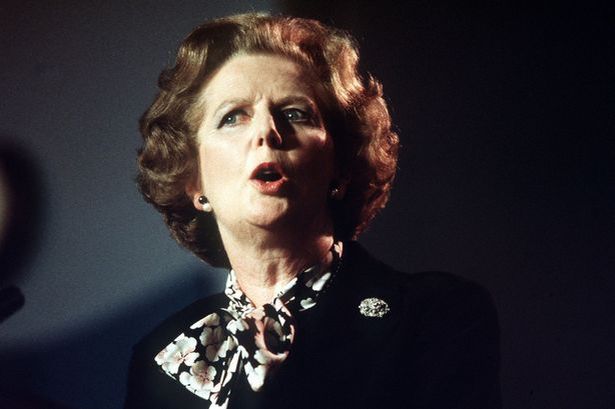 Margaret Thatcher was personally involved covered up child abuse ­allegations made against one of her senior government ministers, according to explosive new claims in The Sunday People.
The Tory Prime Minister is said to have held a high-powered meeting with the rising star, who was being tipped for promotion, and told him: “You have to clean up your sexual act.”
It followed an allegation that the minister had sexually abused young boys at the home of one of his political allies in 1982.
However the minister apparently ignored the warnings.
It is claimed that four years later he was spotted by police seeking young boys for sex at Victoria railway station in London.
But no action was taken.
The extraordinary claims – made to the Sunday People by a source with inside knowledge of Scotland Yard in the early 1980s – are now expected to be put before the Westminster child abuse ­inquiry announced last week by the Prime Minister.
They go to the very heart of claims that there was an Establishment cover-up to protect politicians , judges and police officers involved in a sick ­paedophile network.
David Cameron has already agreed to a full-scale investigation into historical allegations of child abuse.
He has appointed Lady Butler-Sloss, a retired senior judge who chaired the Cleveland child abuse inquiry in the late 1980s, to head the investigation.
And although the probe is in its ­infancy, its findings could be explosive – particularly if evidence emerges that a former Prime Minister knew about the allegations.
Labour MP Tom Watson said: “If true, these extraordinary ­revelations reveal a remarkable state of affairs – so much so that they’re almost impossible to imagine.
“Yet that is what people said about Jimmy Savile and look what happened with him.
“These claims should be investigated by the new child-abuse inquiry.”
According to the source, the minister’s alleged interest in abusing young boys first came to light after he stayed at the home of a constituency agent.
The agent, responsible for ­securing local election success for the Tory MP, is believed to have alerted authorities.
A high-level meeting involving then Prime Minister Mrs Thatcher, Home Secretary Willie Whitelaw, a senior ­policeman and an MI5 officer was held to discuss his alleged behaviour.
The minister, according to the source, was then summoned to 10 Downing Street.
But, instead of being disciplined or sacked, the minister was warned about his future behaviour and the matter was swept under the carpet.
Four years later, fresh allegations surfaced.
In 1986, the politician was alleged to have been found seeking rent boys in the men’s toilets at Victoria railway station in central London.
The toilets were the target of an undercover sting by Scotland Yard detectives.
Officers approached the minister and warned him about his behaviour. It is believed a report was filed by a CID officer.
Our source says this information was relayed personally to him at the time by Alec Marnoch, a highly respected police officer and Operations Commander of the Yard’s No 8 Area which covers Westminster and the West End.
Mr Marnoch, who died aged 58 in 1999 soon after his retirement, also ­intimated to the source that police working in Piccadilly Circus had got a report of the same politician importuning at one of London’s most notorious rent-boy haunts – the “chicken rack”.
The “chicken rack” was a set of metal railings close to Piccadilly underground station which was a vice hotspot in the 1980s.
Boys as young as 13 waited there to be picked up by men for sex – often VIPs such as politicians, TV stars or even policemen.
Scotland Yard was unable to confirm whether the politician had been named in connection with either the “chicken rack” or Victoria Station.
A spokesman for the Metropolitan Police said: “We will fully co-operate with the panel chaired by Baroness Butler-Sloss and provide detail of relevant information.
“While these and live police investigations are ongoing it would be inappropriate to comment further.”
The Sunday People has been leading the way since Mr Watson first stunned Parliament and PM David Cameron in October 2012 with claims of a high-profile paedophile network with links to 10 Downing Street.
Since breaking the story, we have produced a string of exclusives about the alleged VIP paedophile ring and reveal how far it reached.
We first revealed the existence of the “Dickens dossier” which was ­handed to then Home Secretary Leon Brittan.
Its disappearance has prompted the Butler-Sloss inquiry.
The dossier, compiled by now-dead MP Geoffrey Dickens , contained information that would blow the lid off a secret VIP paedophile network, according to Mr Dickens’s son Barry.
He says that in the weeks after his father submitted the dossier, the family’s home was twice “professionally” burgled.
The Home Office admits there is no trace of the dossier and that 114 “potentially relevant files” have been destroyed or lost.
The Home Office was forced to defend Baroness Butler-Sloss, 80, after it was claimed she buried allegations about a bishop from a child-abuse review in 2011.
She reportedly told a victim she did not want to include the allegations in a review of how the Church of England dealt with two paedophile priests because she “cared about the Church” and “the Press would love a bishop”.
A Home Office spokesman said: “The integrity of Baroness Butler-Sloss is beyond reproach and we stand by her appointment unreservedly.”