OUT OF MIND » PERCEPTUAL AWARENESS » THE SHIFT IN CONSCIOUSNESS » Are UFOs Manifestations of the Oversoul? – Part 1&2

Are UFOs Manifestations of the Oversoul? – Part 1&2

Credit: tumblr.com
By Wes Annac, Culture of Awareness (With excerpts from Terence McKenna’s ‘True Hallucinations’)
Terence McKenna once wrote that he doesn’t think UFO sightings come from extraterrestrials, but from the oversoul of humanity. According to him, the oversoul has been guiding our evolution and trying to put us back on track when we lead ourselves astray, and this help can manifest in many ways.
One way is a series of UFO sightings that precede telepathic contact with advanced craft, the inhabitants of which share wisdom and teachings about peace, love, and respecting the planet before flying off and leaving us to either live by the teachings or abandon them and catapult ourselves further into destruction.
Along with being a manifestation of the oversoul that encourages us to take the right direction as a species, McKenna hypothesized that UFO sightings result from a temporary shift in consciousness in the people who witness them. He theorized that a UFO sighting is an inherently psychedelic experience that can happen naturally, and when we begin to witness something we can’t explain, the mind/imagination takes over and we create it in our own image, giving ourselves more of what we expect to see.
When we’re in the first stages of witnessing something we might call divine or even paranormal, the mind and imagination will immediately, out of confusion, relate it to something that fits our culture or beliefs. Religious people could interpret it as the return of their savior, whereas extraterrestrial and UFO enthusiasts could interpret it as a sighting. In McKenna’s opinion, we basically cover up this genuine manifestation of the oversoul with whatever we believe and subsequently create. 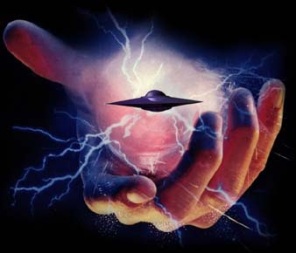 Credit: psychedelicadventure.net
I used to channel, and I’ve always been interested in UFOs and extraterrestrials. I’ve had some interesting UFO sightings that I can’t logically explain to this day, and some of them even happened after I thought to myself how great it’d be to witness something in that moment. It’s as if the sighting was a response to my thoughts, and it opened me up to the idea that a greater spiritual force with which we’re wholly connected is looking after us.
Terence McKenna’s perspective has urged me to rethink what I thought I knew about UFOs, and the idea that the UFO is a manifestation of the oversoul fascinates me and makes me want to explore the phenomenon more.
I’m not saying I totally support his theory or take it as fact, and it’s a hypothesis that’s never been proven or disproven. I’ll share his writing on the subject below, and you can take it however you want. I’m not trying to offend those of you who are passionate about extraterrestrials, disclosure and other related subjects, because I’ve been passionate about them for a long time too. I just want to offer his perspective and see what you all think.
Some aspects of his writing on it are hard to take in if you believe extraterrestrials will land soon and usher us into a new age. He does believe something similar will happen: The UFOs will land and share telepathic teachings about love, harmony and ditching our corrupted sciences. After that, he believes the saucers will leave and the people who, by that point, will be devoted to them like a religious person to God will struggle with confusion, disappointment and feelings of abandonment. 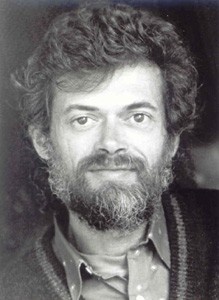 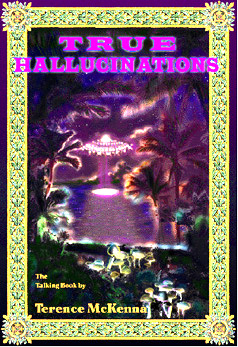 OUT OF MIND » PERCEPTUAL AWARENESS » THE SHIFT IN CONSCIOUSNESS » Are UFOs Manifestations of the Oversoul? – Part 1&2