OUT OF MIND » CONSPIRACY THEORIES & ENDURING MYSTERIES » HISTORIES MYSTERIES » Have You Heard of The Great Forgetting? It Happened 10,000 Years Ago & Completely Affects Your Life

Have You Heard of The Great Forgetting? It Happened 10,000 Years Ago & Completely Affects Your Life The Great Forgetting refers to the wealth of knowledge that our culture lost when we adopted our new civilized lifestyle. The knowledge that allowed indigenous cultures to survive, the knowledge that we had once also been tribal and the understanding that we were but one mere culture of thousands. All of this disappeared in a few short generations.

The Great Forgetting accounts for an enormous cultural collapse as once tribal people found themselves in a new and strange mass centralized society. New beliefs, new ways of life rushed into this cultural vacuum to fill the void. But without being tested by natural selection over thousands of years this new culture was evolutionarily unstable.

It is only recently that the Great Forgetting has been exposed. Understanding it holds the key to making sense of our destructive culture. And remembering what it is that was forgotten holds the key to our future.

How The Great Forgetting Took Place

It began around 10,000 years ago when one culture in the Near East adopted a new way of life that humans had not tried before.

They began to practice an intensive form of agriculture which enabled them to live in a settled location.

They developed large food surpluses which led to a population and geographic explosion. What began as farming communes eventually turned into villages, then into towns, and then kingdoms. Civilization began.

But it was a long time before anybody began to write down history, several thousand years later in fact. What happened in between was that the people of this culture forgot what had happened. They forgot that they once were hunter gatherers and foragers who lived a nomadic lifestyle. They assumed that mankind arrived on the planet at the same time as civilization. They assumed that civilization and settled agriculture was the natural state of mankind, as natural as living in a herd and grazing is to buffalo.

Naturally this gave rise to the belief that we were only a few thousand years old, that mankind had began when civilization began.

The primitive cultures that lived on the fringe areas of early civilization would appear to suggest that humans had lived another way. But they were easily explained away. They had fallen from the natural state of civilization; they had degraded into savagery. They had once lived as fully fledged humans but they had forgotten the way and now they were inferior, they were sub-human.

The Philosophical Roots of Our Culture

This collective cultural memory lapse; this belief that humans had arrived in the world as civilization builders was held by the foundation thinkers of our culture.

The philosophers, historians and theologians of the ancient civilizations: Sumer, Egypt, Assyria, Babylon, India and China wove the Great Forgetting into their work.

Those that followed – the Hebrew authors of the Bible, Moses, Samuel, Elijah, Isaiah and Jeremiah, the great Western thinkers, Socrates, Plato and Aristotle and the great Eastern thinkers Lao Tzu, Gautama Buddha and Confucius -  all wove the Great Forgetting into their work.

The thinkers of more modern times also followed suit, they didn't take any Great Forgetting into account. Why would they? They had no reason to believe that humans had not come into this world as civilization builders. They had no reason to believe that this wasn’t our natural state. So Thomas Aquinas, Francis Bacon, Galileo Galilei, Isaac Newton and Rene Descartes carried on our culture with the Great Forgetting at its root.

The Truth Is Revealed

Palaeontology exposed the Great Forgetting. Palaeontology made it clear that mankind had not arrived on Planet Earth when civilization emerged. We had lived for a very long time, millions of years in fact, in a completely different way. Mankind hadn’t fallen from the natural state into primitive living. That was how we began.

But it didn’t. The Great Forgetting just got explained away. Instead of admitting that two very different and legitimate ways of living had been adopted by mankind in his history the thinkers of the 19th Century came up with this: man may have been born into this world as a primitive savage but he was destined to become a civilization builder.

We didn't arrive as a civilization builder. But it was our destiny to become one.

The historians came up with a convenient way to disregard those humans that walked the earth those millions of years before our culture emerged.

Instead of accepting that they were part of history the historians relegated them to pre-history. They were before history, because history began when civilization began. We are the good stuff; we are the ones who are fulfilling the destiny of mankind. We are the ones who should be studied. 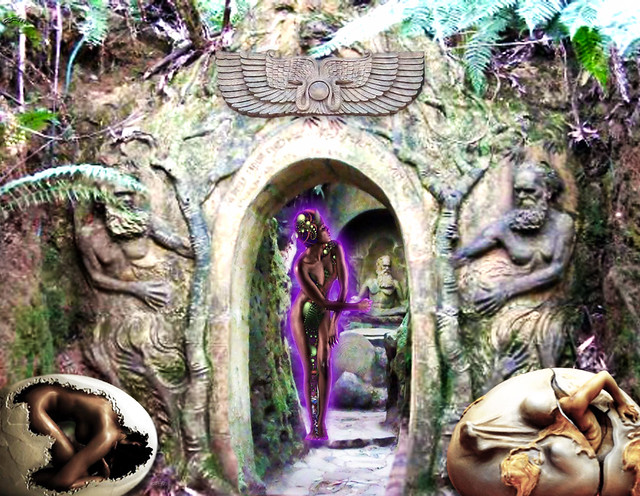 The Myth of the Agricultural Revolution

Our culture’s transition from hunter gatherer to civilization builder was also explained away. The term our thinkers coined was “The Agricultural Revolution.”

It was explained in such a way that leads us to believe that the agricultural revolution was:

The story is told so we think that one group of people figured it out and those nearby saw what they were doing and thought “aha what a better way of doing things, what a better way of living.” Once a group was enlightened with the knowledge of agriculture they immediately stopped their primitive hunting and gathering ways and settled down to practice the better way. They could see that this was man’s destiny and they eagerly took it up.

This myth has permeated our culture since the 19th century thinkers created it to support their idea that civilization is the divine destiny of mankind. However the agricultural revolution was not a revolution and it had absolutely nothing to do with agriculture.

The Agricultural Revolution had absolutely nothing to do with agriculture.

Totalitarian agriculture subordinates all life forms to the relentless single minded production of human food. It is the belief that the whole world is ours by right and we should turn all of the land into human food.

Through sheer weight of numbers totalitarian agriculturalists overrun neighboring regions obliterating other cultures and their way of life. The agricultural revolution wasn't something that started and finished thousands of years ago. It is still happening today, being driven forward by our cultural doctrines which tell us that the earth is a foe that must be conquered.

The agricultural revolution wasn’t about humans finding a better way to live. It was about a single culture out of thousands beginning to live in a way that only worked through exponential growth. Civilization didn’t spread because it was a good idea. Civilization spread through force. The exponential growth of the totalitarian agriculturalists displaced anybody and everybody else. It wasn’t a revolution; it was an experiment that became a runaway train.

So when the Great Forgetting was exposed it was quickly covered up. Our culture went from believing this:

A New Way of Thinking

The realization of the Great Forgetting gives us a fresh perspective on human history and our place in the world. It gives us the opportunity to see that another way of living legitimately existed on this planet.

The answer to this ecological crisis doesn’t lie with bumbling along the same way we have been trying to perfect for ten thousand years. It doesn’t lie with manically trying to fix a way of life that can only succeed by growing. Eventually it was going to grow so big that it would run out of room to keep going. That time has arrived now.

Instead of trying to tweak and change our lifestyle to somehow make it work we need to have a complete overhaul of the way we live.

Now we can study indigenous cultures and say they haven’t degraded into savagery.

They haven’t been left behind in the march to progress; they aren’t the most undeveloped peoples of civilization.

They live in a way that is completely different to us.

A way that is not inherently inferior and a way that is in no means a precursor to civilization. Now we can look on them with fresh eyes, with newfound respect and listen to what they have to say.

They have lived sustainably on this planet for millions of years. We have much to learn from them.

We can now see that with the ecological crisis the problem is not humankind. Humans are not parasitic. Humans can and have lived sustainably. The problem is a single culture. The culture that began 10,000 years ago with totalitarian agriculture and still practices it today. We don’t have to change humans. We don’t have to fix them. We just have to abandon a single destructive culture.

We aren’t 99% of the world’s population because we have a better way of living. We are 99% because our culture grew and displaced those who didn’t need to grow.

We can find a new way. 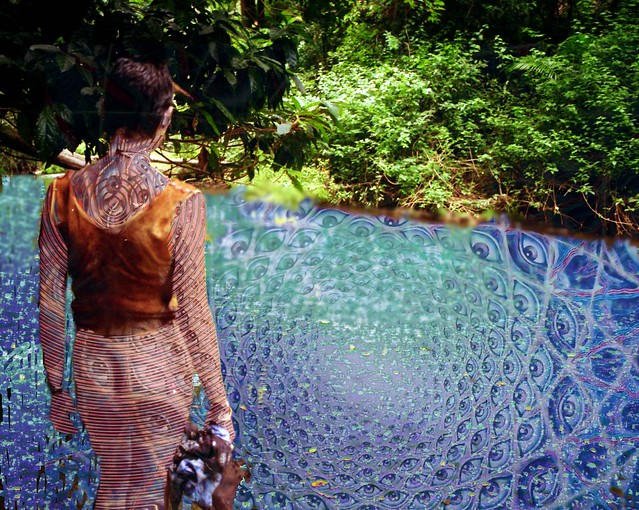 Help spread the word by sharing this page on your favorite social networking sites. Thanks for your help!
This article summarizes the ideas of Daniel Quinn, first written about in The Story of B, which was a sequel to Ishmael. The longer, original essay can be read here, and comes highly recommended.
For further reading, see: Limited Wants, Unlimited Means: An Intro to Hunter-Gatherer Economics

By Deep Ecology Hub / deep-ecology-hub.com via Films For Action @ http://www.filmsforaction.org/articles/have-you-heard-of-the-great-forgetting/#.Ve9X_kJRrec.facebook

Jynki – Woman of the Sun

OUT OF MIND » CONSPIRACY THEORIES & ENDURING MYSTERIES » HISTORIES MYSTERIES » Have You Heard of The Great Forgetting? It Happened 10,000 Years Ago & Completely Affects Your Life

» 700,000 Years Old Skull Discovered In Greek Cave, Completely Shatters The Out Of Africa Theory
» How Negative Energy Affects Your Life and How to Clear It
» 20 Tiny Changes that Will Completely Transform Your Life for the Better
» Geological evidence shows the Great Sphinx is 800,000 years old
» Exceptional discovery! Iran 3 tombs ANUNNAKI 12,000 years old body completely intact