“The Event” Deception – Another Dangling Carrot

By Ari Kopel
Guest Writer for Wake Up World
I’ve done everything I can – and then some – to exit “stage left” out of this dense reality. I bet many of you feel the same way. How much more do we need to endure? How much longer do we have to wait? It’s the same thing over and over again – like “Ground Hog Day”. The circumstances in your life and on this planet repeat themselves and don’t seem to change – or they do change, but not for the better. Nothing seems to be working to alleviate this condition. Yet, we’re told otherwise by the all-knowing discarnate voices of channelled messages and so-called spiritual leaders. They say that portals of light are opening everywhere and that the dark forces are leaving the planet by the droves.
Where? How? Which planet are we talking about?

In the meantime, we’re in a perpetual “waiting room” – hoping for news about an outcome. The outcome is the fate of humanity – our fate. We’ve done everything that we feel is necessary to prepare ourselves for a “home-coming” that doesn’t quite come together. We’ve been given dates and time frames, and yet more dates; and we see these come and go – along with the seasons and our favorite holidays. Many sources, like so-called spiritual teachers and channelled messengers, have given lame reasons as to why we haven’t witnessed a transformation, an ascension, a major “shift”. We’re told the dates have been moved, or that we’ve jumped timelines and other such delusional explanations – that many are buying into and not questioning.
In the meantime, we wait and hang on. We live life one day at a time; and the only thing that allows us to wake up in the morning is the hope that soon we’re out of here; and that soon we’ll wake up to the view of a sun birthing from the horizon of a new Earth.
The reality though, is that some of us are barely surviving, or just getting by. We’re struggling. Some of us try to stay optimistic by keeping up with information that contains promises of an “event” that will unfold shortly. This possibility gives us some relief – but the relief is mental. It quiets our mind. What we don’t know is that nothing is really happening behind the scenes. There is no rescue planned; no outside source intervening; no special thing that will, all of a sudden, grant us entrance into a fifth-dimensional Earth.
The problem lies in the lies. We’ve been duped – again! We’ve been preconditioned to think it’s an “external” event. Something outside ourselves that will happen to get us to a realm that is free from strife, free from grief, absent of despair and disappointment. Something that is off-world is coming and will get this “whole enchilada” back on track… or we’ll go to sleep one night and wake up in a totally different reality – the one that we see when we do our visualizations. 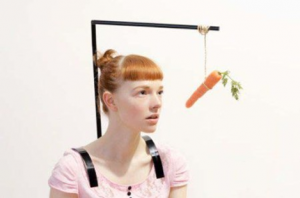 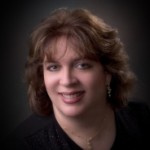 Ari Kopel graduated from the University of Miami in Psychology and Communications and attended Columbia University in New York for postgraduate work in geology. Ari is also the creator of the website 2012Emergence.com that was designed to create awareness about the time frame of 2012 and beyond, where membership is growing daily, as articles and videos are posted that discuss the events on the planet that help Shatter the Matrix and help its members become inoculated against fear.
Ari is also the creator and show host of the Shattering the Matrix radio show on BlogTalkRadio.com which brings forth information about the truth with respect to the deceptions and disinformation given by dark forces.
As an author and speaker, Ari will be launching her book in the winter of 2015 and will begin a speaking tour, sharing tools of empowerment and protection for all those that are ready to go to that next level! If you’re interested in knowing when the book is launched or receiving newsletters or emails from Ari, please visit arikopel.wordpress.com and fill out the contact information form provided.
Thanks to Ari at: http://wakeup-world.com