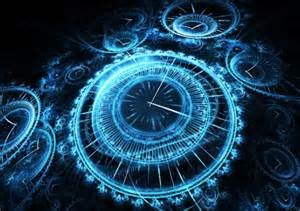 Coincidences? Not on your life. There ARE no accidents.

If you’re still wrestling with what to believe… consider this. It’s a very… long… list… of ‘bizarre coincidences’, as the government has phrased it.
Yah, they WOULD say that. And some WOULD believe it.


…the statistical odds against several key events happening the way they did are greater than seven billion to one.

If you hear about a “drill” or “training exercise”—plan to be as far away as possible when it goes down.
Don’t miss the good news at the end.  ~ BP

Dear friends,
Impossible odds surrounding recent mass murders and terrorist events are being entirely ignored by the media and official sources. I will show here that the statistical odds against several key events happening the way they did are greater than seven billion to one.
In reporting on many major mass murder and terrorist events in the US and Europe in the last 15 years, including the recent Paris massacre and killings in San Bernardino, CA, respected media sources have revealed that by “coincidence” a drill was being held the same day and in the same city of the event. Not only that, the drills were practicing for what actually happened.
As a result of these multiple, amazing coincidences, those involved in these drills were then able to immediately go from the practice drill to secure and control the scene of the actual event.
I will show without doubt that the astronomical odds against this being coincidence show that almost certainly something else is happening here. After presenting the undeniable evidence, I will go into the who, how, and why on these drills. This information may be disturbing for some, as nefarious forces hidden from the public are revealed. Yet if we choose to close our eyes to all of this, these forces will be allowed to grow and fester. If, instead, we shine light into these shadows, we can all come together to reveal what is going on and choose a different, more harmonious path for all of us.
The evidence
Most recently, we have a “coincidence” regarding the San Bernardino shootings. According to NPR, “On the day of the mass shooting in San Bernardino, Calif., the city’s SWAT team was training for an active shooter situation just minutes away from the scene of the massacre.”
Less than a month before that shooting were the November Paris attacks on Friday the 13th (another interesting coincidence). The UK’s Guardian reported, “In an eerie coincidence, last Friday morning Paris’s ambulance, fire services and hospitals had rehearsed a scenario based on a Charlie Hebdo-style attack, with more than 100 casualties from shooting. Hours later this scenario happened for real.”
This same coincidence also happened on the day of 9/11 in Washington, DC. As reported by the Associated Press, “In what the government describes as a bizarre coincidence, one U.S. intelligence agency was planning an exercise last Sept. 11 in which an errant aircraft would crash into one of its buildings.”
I’ll list several others shortly, but perhaps the most astonishing “coincidence” happened with the July 7th (7/7) London bombings in 2005. Let’s take a minute to explore this one. Here is the verbatim text of a BBC radio interview with Peter Power, a former Scotland Yard Official who was managing the drill that day:

POWER: At half past nine this morning we were actually running an exercise for a company of over a thousand people in London based on simultaneous bombs going off precisely at the railway stations where it happened this morning, so I still have the hairs on the back of my neck standing up right now.
HOST: To get this quite straight, you were running an exercise to see how you would cope with this, and it happened while you were running the exercise?
POWER: Precisely, and it was about half past nine this morning. We planned this for a company, and for obvious reasons I don’t want to reveal their name, but they’re listening and they’ll know it. And we had a room full of crisis managers for the first time they’d met. And so within five minutes we made a pretty rapid decision that this is the real one, and so we went through the correct drills of activating crisis management procedures to jump from slow time to quick time thinking.

So the manager of a team which was training for a subway terrorist attack that very morning states the bombings unfolded at the very same stations where they had been training. What are the statistical odds of that happening by chance?
The probability
The London Tube (aka the Underground) serves 270 stations. If there had been just one bombing at one of the stations, the probability that a training drill would be held at precisely that station are therefore 270 to one. Now if we add a bombing at a second station, the chances that a second team would be training at that exact station are now 269 to one (270 minus the first station). The odds that both trainings would take place at exactly the two stations where the bombings took place are now one in 270 X 269, which equals 72,630.
If we add a third station, the odds are 268 to one that they would choose that precise station for a third training. So the odds that drills were being carried out by coincidence at the exact three stations where the three bombings occurred would be one in 270 X 269 X 268, which equals 19,464,840 or nearly 20 million to one. Hmmmmmm…
Now on top of that, we have to ask what are the chances that they would be running a multiple-site drill on subway bombings on exactly the same day that the event happened? I can guarantee that before the event, they weren’t running subway bombing drills every month. It was probably more like once a year at the most. So if it was once a year, the odds that they would choose that to do the drills on the precise day of the actual bombings are 19,464,840 X 365, which equals 7,104,666,600 or roughly seven billion to one. Do you think we’re stretching the bounds of chance here?
That’s seven billion to one odds on the London bombings alone. Now add in the chances that each of many such events in different locations also had training exercises on exactly the same day and in the same city where terror events happened, training for the same scenario that happened, and the odds become astronomical. Below is a list of events that are known to have had this amazing “coincidence” with quotes from the media given for verification.
Events known to have improbable coincidences