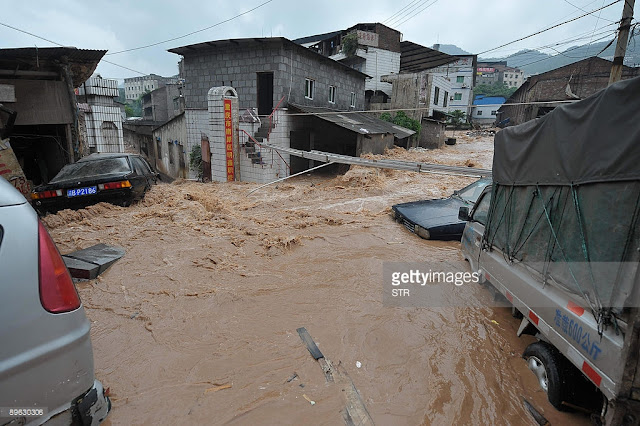 Photo www.gettyimages.com
Torrential rain across nine provinces and Chongqing municipality in central and southern areas of China has left more than 20 people dead and forced tens of thousands from their homes.
Fifteen people have been reported missing since the heavy downpours started on Saturday, the State Flood Control and Drought Relief Headquarters said on Monday.
It said nearly 268,000 people have been relocated and 324,000 hectares of crops have been damaged, leading to direct economic losses of 6 billion yuan (S$1.2 billion).
In Chongqing, five people died, 1,197 were forced to leave their homes and 66 houses had been destroyed since Saturday, the city's flood control and drought relief office said.
In neighbouring Sichuan province, four people died on Sunday after heavy rainfall and landslides caused their homes to collapse, according to the provincial flood and drought disaster relief authority. Three people died in Anhui province, 26,000 were relocated and nearly 1,100 homes were destroyed, the provincial civil affairs department said.
In the southwestern province of Guizhou, nine people died last week in disasters caused by heavy rain. 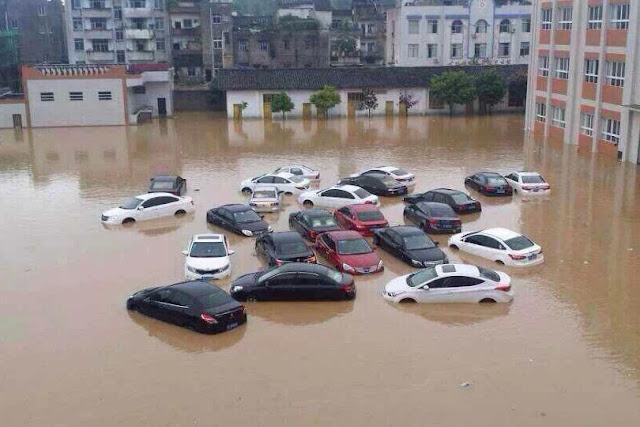 Photo english.caixin.com
Rescuers are working to free eight workers from a coal mine shaft, which was flooded after torrential rain fell on Sunday, the provincial civil affairs department said.
Flooding and hail killed two people and displaced 13,000 in the northwestern Xinjiang Uygur autonomous region after the area was affected by bad weather from Thursday to Sunday.
One person is still missing, the Ministry of Civil Affairs said on Monday.
The National Meteorological Center issued a yellow alert on Monday for heavy rainfall in southern areas.
From 2 pm on Monday, storms were expected across a vast area along the Yangtze River, including Anhui, Jiangsu and Hunan provinces.

A months rain in a couple of hours kills 3 and thousands of livestock in Niger: The latest West African country to be devasted by floods 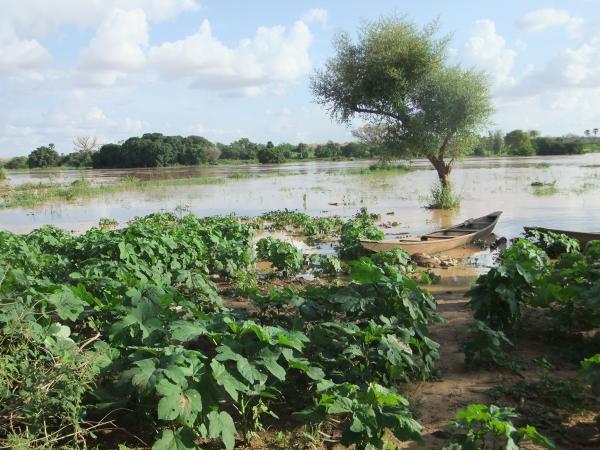 Photo en.rfi.fr
At least three people died and thousands of livestock destroyed after heavy torrential rain in the desert in northern Niger.
Nigerien state television, Tele Sahel, which announced the death toll on Monday described the rain as exceptional adding that it destroyed hundreds of shops and houses.
"Heavy rainfall caused significant damage killing three people in Bazagor, a locality of Tchintabaradene in the northwest," they announced adding that more than 115 millimeters of rain fell within hours.
On June 14, Ingal, a town hundred kilometers from Agadez in the north, 85 millimeters of rain fell in two hours rendering thousands homeless as it collapsed hundreds of houses, according to local disaster management services.
The waters also killed more than 8,000 goats, sheep and cows prompting the prefect of the town, Abdourahamane Bikki to appeal to the government and international aid for help and the cremation of animal carcasses to prevent serious health problems.
The havoc created by the heavy rain in Niger adds to the number of damages recorded in the west coast of Africa including Ghana and Nigeria where flooding affected major parts of their capital cities.

"I never seen rain like this before": Zero visibility in State of Michigan from terrifying micro storm 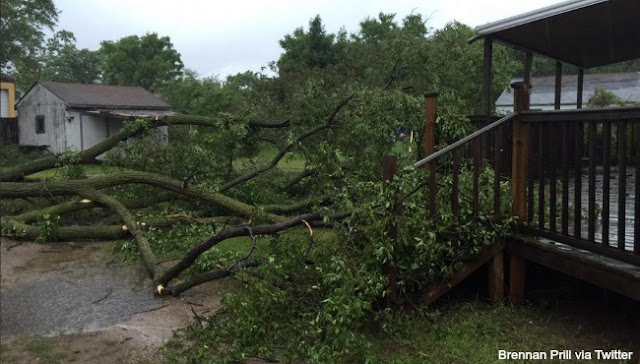 Photo woodtv.com
It only lasted for about 15 to 20 minutes, but it dumped buckets.
Visibility was at an absolute zero to the point drivers needed to stop while driving on State Road 933. "I saw all this rain was so heavy,"
Eva Hunt of South Bend said.
"I never seen rain like this before."
Rain swept across the road in the same fashion a white out would have during winter.
The only difference?
It is the first day of summer.
It caused plenty of damage to a sign outside of a local business on 933, and then just up a few miles from our station, a power line came down, resulting in some power outages in the area.
"It just started getting worse and worse," Kristi Bowerman, Mall Manager at Council Oak Antiques said.
"The rain was coming down so heavy.
It was going in sheets.
You could not see two feet in front of you at one point.
That's when the sign blew down.
Our electricity went out and we didn't know what was going on at first."
Some people who have lived in the area for quite some time thought this was pretty scary.
Ron Clymer said, "Well, the wind came up and it just turned nasty looking.
I seen that branch come down, it nailed the wire a little bit, and bounced off the wire and hit the fence over there. 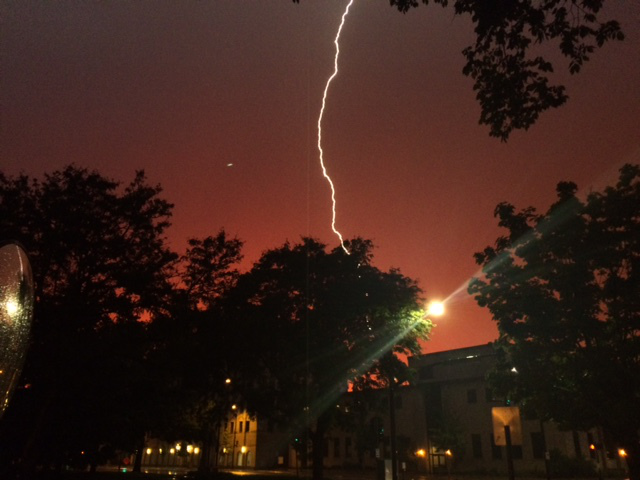 Photo wbay.com
I lost power, no telephone, nothing.
I was talking to my brother in Niles and they said it got real nasty up there.
They got houses that it came down in and cars that got hit."
When the storm clouds finally cleared, there was plenty of damage all across Michiana as the cleanup efforts begin.
"A tree decided to fall during the storm and hit my car," one South Bend resident said.
"It's all good.
I ain't worried about it.
Just another day in the neighborhood."
Just a few hours later, it's bright and sunny with just a few clouds in the sky.
Hardly any reminders of just how powerful this storm was.
But north of Indiana, in the Wolverine State, one neighborhood got the brunt of it on E Fulkerson Rd. Three trees are blocking all or part of the street.
Residents were out and about on Monday night.
Without power and temperatures near uncomfortable levels, they were forced to go out on their porches to enjoy the night air, and get used to their new movie scene like surroundings.
"I seen [the tree] fall," said Robin Knapp, who lives on E. Fulkerson Rd. and has a tree laying in his driveway.
"All of a sudden, all hell broke loose.
What can you do?
It just happened so fast.
You couldn't even protect yourself really."