BREAKING ~ Baton Rouge - At least seven officers were injured and at least three of them are feared dead Sun Jul 17, 2016 12:11 pm

(CNN)At least seven officers were injured and at least three of them are feared dead in a shooting in Baton Rouge, Louisiana, a source with knowledge of the investigation told CNN.
Police received a call of "suspicious person walking down Airline Highway with an assault rifle," the source said. When police arrived, the man opened fire.

The remaining officers are hospitalized in critical condition, the source said.
Kip Holden, the mayor-president of East Baton Rouge Parish, said authorities were still trying to get a handle on the situation, but added, "The count is three officers dead possibly."
The victims may include police officers and sheriff's deputies.
Read More
"There is still an active scene. They are investigating," he said. "Right now we are trying to get our arms around everything."
The shooter is believed to be down as well, Holden said.
"Everything is moving fast and I have not been able to verify everything," he said. 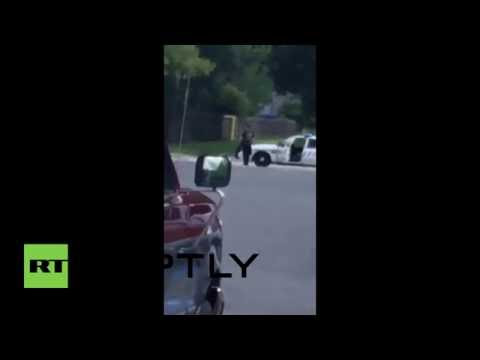 Note the Mainstream Media Whore reported “news” below (Yahoo.com article). For purposes of analysis this Moralmatters author is copying the “What we know so far” excerpt in bold and italics, with his comments below each point:

Government contrived propaganda / violence events (aka, false realities, hoaxes, psyops) follow the same scripted line. Highlighted are misfit (criminal) individuals who should have never gotten their hands on a firearm. The solution by crimes against peace, corrupted government, is to strip all Americans of their Amendment rights, and all will supposedly be well. Pic Source: Found on the web.
“The shootings began at 9 a.m. as police responded to a report of a man walking along the highway with an assault rifle.”
Moralmatters Comment:
“a ‘report?'” Who made the “report?” The staging director to commence with another government contrived propaganda / violence event that was intended to be “turned on” live for mainstream media whore coverage?
“Police say one suspect is dead, but believe two others may be at large.”
Moralmatters Comment:
Often the “suspect” ends up dead. The staged event is easier to pull off. Less time and resources will be needed to proliferate the false reality in the coming days.
“Louisiana Gov. John Bel Edwards called the killings ‘an unspeakable and unjustified attack on all of us.’
Moralmatters Comment:
Securing the Governor’s involvement, makes the staged event more official and real for those Americans who accept hook, line and sinker what is tossed them by the mainstream media whores.
“The shootings come on the heels of the slayings of five Dallas police officers in an ambush during a protest of the police-involved deaths of black men in Falcon Heights, Minn., and Baton Rouge.”
Moralmatters Comment:

This Moralmatters author has been too busy authoring this article to have waited to watch and listen to the mainstream media propaganda promised 3:00 PM upgraded news, about more details concerning the alleged Baton Rouge police-killing event. No doubt, this event like others, will note “over-kill” details, which will add to the anomalies and inconsistencies of the already scripted event. False reality events can be carefully scripted; but when crisis actors are involved, the most carefully scripted event becomes subject to glaring falsehoods and, even hilarity.