Seismic indicators and the general increase in seismic activity around the globe suggest that Earth is definitely progressing into the second earth change uptick period of the 2016 Earth Orbit Cycle relative to the Black Star now moving in the Libra Constellation just below the ecliptic plane.
Year-over-year seismic event values show an increase in 6-magnitude and 2.5 to 4-magnitude earthquake events with the 5-mag quake events hovering near the average values for this portion of the 2016 Earth Orbit Cycle, as our planet is still near outside-orbit position that we reached last week; about two weeks ahead of schedule. The seismic data for Week 29 of 2016 supports the explanation that Earth reached the Sun/Earth/Black Star nearside alignment early in Week 12, again a week or two ahead of schedule, validating the claim that the Black Star slowed leftward movement in the orbit diagram and solar system only three degrees and slowing from the twelve-degree average movement we have seen for the last decade.
2014/2015 Final Seismic Chart

2015/2016 Seismic Chart
Remember that the reporting period for Week 29 ended on Saturday, August 27, 2016, which means the big 7+ magnitude Ascension Island Quake Event (USGS ) will show up in Week 30 giving us four 7+ magnitude earthquake events since Week 25.
[url=https://www.dropbox.com/s/fe7zvhruvq45ppp/Screenshot 2016-09-01 10.54.36.png?dl=0]EQuake3D Image[/url]
Open the EQuake3D Image to realize we are looking at a massive uptick in earthquake activity up and down the Mid-Atlantic Ridge from the North Pole region all the way to Antarctica including the Ascension Island Quake Event directly at the Earth equator. We also see the 3.9 Quake Event at the Gibraltar location (USGS ) predicted to take place in combination with this seismic uptick along the Mid-Atlantic Ridge. The global seismic pattern for 2016 shows a well-pronounced seismic pressure shift from the Indonesian side of the Pacific Ocean/Ring of Fire over to the Americas and that pressure has shifted over to the Atlantic Ocean to converge with the seismic pressures moving west from the Nepal Region across Southern Europe through the Gibraltar Region resulting in this big 7+ magnitude Ascension Island quake event at Earth equator.
Two quake events that stand out in North America are the 4.5 Hayfork, California Quake Event (USGS ) and the 4.8 Hoback, Wyoming Quake Event (USGS ) on the periphery of the widening California Quake Swarm Area that is enlarging to include larger and deeper earthquake events with the Hayfork Quake striking at more than 35 kilometers below the surface. Seismic pressures are shifting north from Mexico, as the tectonic cascade continues moving west towards the Solomon Islands since that tectonic plate cracked in two with the big quake events focused on February 6, 2013. In short, the tectonic plates along the US West Coast are slowly migrating west and away from the North American Craton creating opportunity for increased slipping along the faults between the plates also providing space for magma to push up and between to plates for lubrication and increased opportunity for tectonic movement. Those new to the Project Black Star Research should take the time to read the Grim Russian Report (link ) and the Featured Article from Volume 28 ([url=https://www.dropbox.com/s/ekouubplbczjk5m/2016 Newsletter Volume 28.pdf?dl=0]link[/url]) including my commentary on the Rising Magma Plumes responsible for assisting the massive tectonic/volcanic pressure shift now encompassing the entire globe. Then, make sure to read this important story (link ) posted atop the Top Stories Section about how seismologists are worried that new activity around the Katla Volcano in Iceland could cause catastrophe for the entire northern hemisphere; because the concern is really about what we can see with these seismic/volcanic pressure shifts moving from the Pacific Ocean over into the Atlantic Ocean and along the Mid-Atlantic Ridge that should intensify moving through the current earth change uptick period.
Earth saw just three new volcanic eruption events this week on the low end of the scale, which is typical for Week 29; when Earth is at the 90-degree angle position relative to the Sun and Black Star at outside-orbit position (O in chart). We saw the highest weekly new volcanic eruption event values in April 2016, when Earth was at the nearest position to the inbound Black Star; but we also see higher-than-average weekly values moving through this second earth change lull period in combination with the seismic uptick that will run through November and possibly into the first week of December 2016.

http://www.wizaurad.com/axis-drift.html
The migrating magnetic North Pole took a big leap forward this week following a similar path angle that we saw last year, but covering about twice the distance. The magnetic North Pole is currently trailing last year’s position by ten days and nearer to the twelve-day delay we saw for this week last year than the three days expected from seismic chart data between our two-recent Sun/Earth/Black Star nearside alignment events from April 25, 2015 to April 28, 2016. This magnetic North Pole migration data is currently working in unison with the seismic chart data reaching and passing outside-orbit position, as we reached this key marker position in Week 28 rather than in Week 30 almost two weeks ahead of schedule. Again, we are watching to see which day the magnetic North Pole passes the -360 mark, which took place last year on September 8, 2015 to see if we see a twelve-day delay that coincides with the 188-day seismic cycle that dominated Black Star leftward movement in the orbit diagram for the last decade from December 26, 2004 to April 25, 2015. Remember that this aspect of the Project Black Star Investigation is a work in progress and we have insufficient data so far for drawing definitive conclusions, but there seems to be a correlation between the global seismic uptick and the way Earth magnetic North Pole is migrating along these serious of loops that we hope to discover later down the road.
I want to thank Steve Olson again for giving me the opportunity to share on his WSO Channel last Wednesday that created a new wave of newsletter subscribers and support for the research. Steve Olson sent me a document with feedback from his science advisor with a video reply posted in the Featured Article of this newsletter directly below the Black Star Update Report. I greatly appreciate having the opportunity to write defending arguments and present more information with activated links allowing everyone the chance to carefully examine all of the related information to draw their own conclusions. I am also excited to announce that the Project Black Star Investigation now has a well-qualified geophysicist onboard refining his skills in the areas of physics and astrophysics offering commentary that will help many people connect the dots about Black Star characteristics, as we are dealing with an anomaly requiring us to think far outside the traditional box. Be sure to read through all of my commentary in replying to Steve Olson’s Physicist and then continue reading the following articles created from many email exchanges between me and our new Geophysicist entitled “Geophysicist’s Views On The Black Star.” This Geophysicist reminds me much of Michael Owens our original Chief Astronomer who wrote the featured articles for this newsletter in early 2012, before his untimely death on April 2, 2012 amid much controversy. Our Geophysicist currently wishes to remain anonymous, but I do believe you will find his commentary is among the best we have seen since the days of Michael Owens; perhaps the most gifted man I have ever met in this life. A special link ([url=https://www.dropbox.com/s/j1ltz7oiy23fjap/Steve Olson Physicist Feedback 9.01.2016.pdf?dl=0]here[/url]) has been created and placed in the 2016 Dropbox Folder for all newsletter subscribers and contributors that includes the Steve Olson Physicist Feedback documentation, my defending arguments and the Geophysicist’s commentary in a single PDF document.
Read the Full Report and related articles using a complimentary link to Terral’s 2016 Newsletter Volume 35 . Subscribe and support the research at terral03.com .
Thanks to: http://planetxnews.com 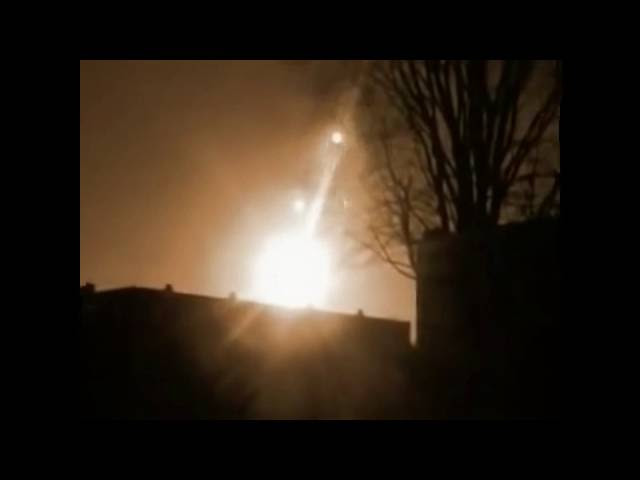 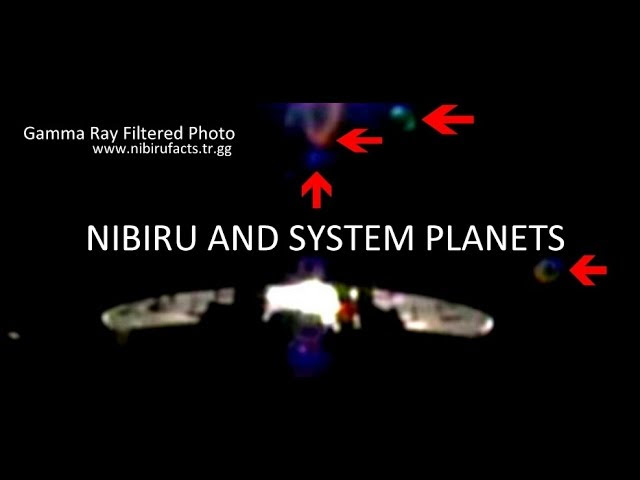 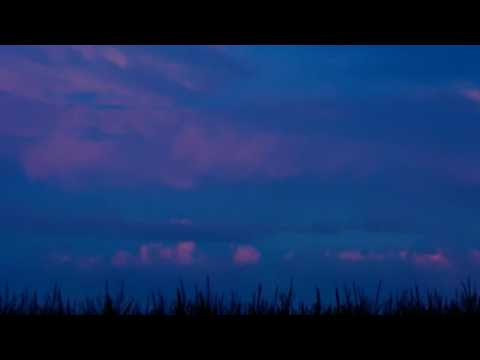 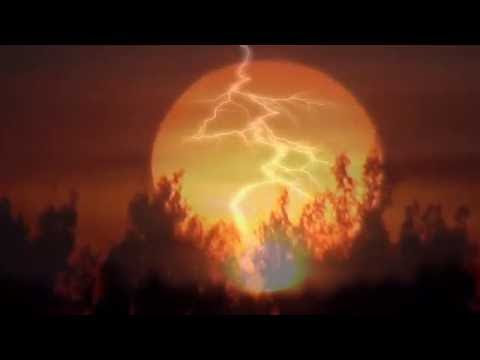 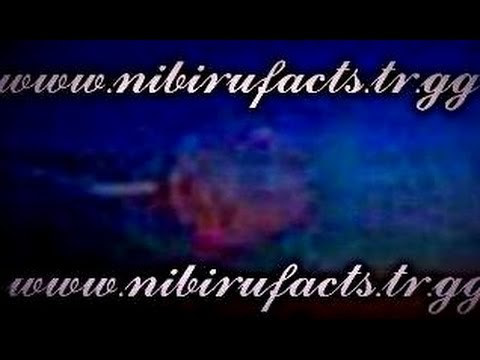 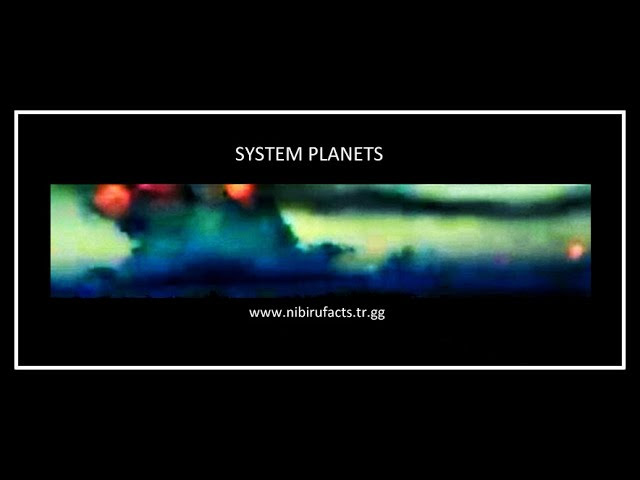