OUT OF MIND » PERCEPTUAL AWARENESS » THE SHIFT IN CONSCIOUSNESS » Deleting Old Online Profiles - Do I Delete? Does It Matter?

Deleting Old Online Profiles - Do I Delete? Does It Matter? 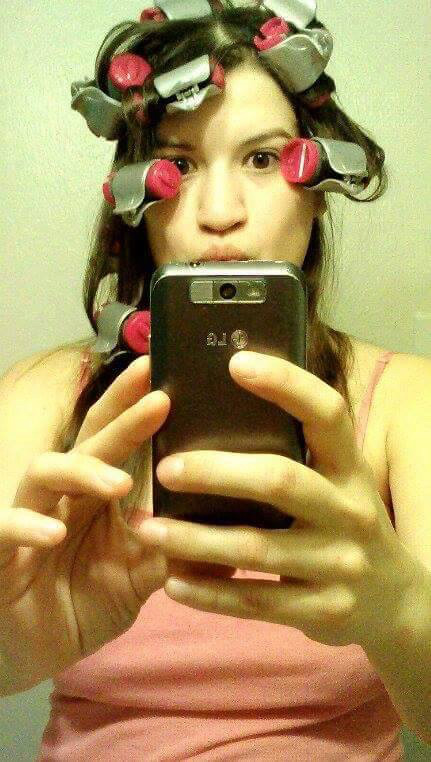 I have produced a lot of digital content over the past two decades. The platinum blonde years were my least favorite however, it’s time to do spring cleaning…a new race is upon us and we travel light. So, do I have a right to be forgotten? They pass laws in Europe so people can legally remove themselves from the internet. I don’t quite get it, but it sounds like my recent dilemma; do I delete old profiles and pictures now? Is there a “cleaner” brand I would like to BE? Erasure. Deletion.

A lot these days you hear about data swipes etc. Is it nowhere? I drove by a street called Nowhere Road. It veered off to a hairpin turn down a hill and another hairpin turn to the right, out of sight. So, we aren’t going there. There is no there there.

Do I want to be forgotten? I used to think; NO! I need the publicity! If I’m forgotten, I am nothing, I fade away. That convoluted mess of mass consciousness soup called the internet, it is what it is, and I am a part of that. For many years I used my life force to help grow it with my mark. I was a drop of water among other rain drops. We are the wave, the race, all of us. My online content is my journey, in full video glory. There’s a few items I can think of I would pull down, a few photos deleted, comments, etc. Right? When you have dozens of sites? Impossible task. Plus, technology like computer hardware drains my batteries...what to do?

Who am I kidding? I already know I have been assigned two scribes, one on the right, and one on the left, and they write down my every thought, impulse, what I say and keep record of it. They have been super busy for the past 18 years. I’ve been busy too, in fact I capture as much as I can. Of the 5 (guardian angels) that I have, one is in front, one behind, one above and on the left and the right, my scribes. We all do.

“Legacy editions” in publishing are sacred cows. Why? Because a legacy indicates, as all transitory words, an object, a second party is implied. Who is the second party? The future generations will know me for this____, was known for_____, you call it. But what medium will it be? Windows 10? Is it going to be a 3D ray that suddenly pulls it out of the virtual black hole where it fell when the hardware we used turned to dust because we use thought waves now? That’s a well known concern. search BBC #virtualblackhole

But also as well known is the fact that we do exist in linear space time as well as time space. Square root is the physics. But in quantum, if you go back and delete your legacy online or where ever you want to delete data, in actuality, you add that fact; the fact that after creating for so many years, in the end you went back and destroyed as thoroughly as possible, everything you could, to your legacy. Whoa! That’s heavy. It says something profound. Deletion is a lie. It doesn’t exist and in fact is a trap. It says to ease your anxiety, let’s pretend it didn’t happen. If we begin thinking as simply as A STRAIGHT LINE, A SINGLE LINE. Everything begins with this in geometry.  The illusion of 2D and 3D it is easy to get sucked in and begin to feel it in a clairsentient way as real. It is indeed, as real as every other dimension, or none.

So, where is the point? The singularity, that first cause? We know this one truth; deletion is a lie.

It seems in our 3D reality, the source is A CORPORATION. A corpse is an dead body. A corporation is a dead body and every where you do down the rabbit hole, no matter what it is, you find a corpse.  Empty. Facebook is a corpse. Who owns the internet? ICANN? India? Who knows. Who cares. They are all dead.

All my older content, in retrospect, does need to be there. It shows that I earnestly created for decades. I won’t be deleting things, taking them down. In fact, I am turning OFF SPELL-CHECK TURN OFF AUTO-CORRECT who likes to put words in your mouth as you type. I guess the ethers have a voice too. So, when we delete something, it’s still there, just hidden.

dictionary is my friend...

delete: effaceur, rayer, biffer (fr)
effaceur: to throw into the shadow, humility, self-effacement
rayer: a beam of light like a laser emanating from you
biffer: to run the pen through,network of lead bars over the window, grooves dug into metal

If I consider everything as having the same consciousness as I experience it, and I do, then deleting is like believing, as in suicide victims, that stopping the physical body eliminates their internal pain. Which is, of course, a lie. Keeping lies around is NOT SAFE, it isn’t safe. By contrast, even one morsel of truth, when sincerely acted upon, consistently over time, can straighten out distorted geometry in your organs and cells and in gradations infinity just as consistently. It isn’t magic, it’s physics. You can consider it magic as the cosmological human is magic.

Apply your ray-beam of focus (your eyes) on you and get comfortable, it’s a beautiful journey.

OUT OF MIND » PERCEPTUAL AWARENESS » THE SHIFT IN CONSCIOUSNESS » Deleting Old Online Profiles - Do I Delete? Does It Matter?