OUT OF MIND » ARCHIVES OF THOSE THAT USE THE INTERNET TO PUSH FORTH THEIR AGENDAS & MADE UP BULLSHIT » NEIL the conman KEENAN »  Neil Keenan's Response To Benjamin Fulford & RV/GCR Update - October 10, 2016 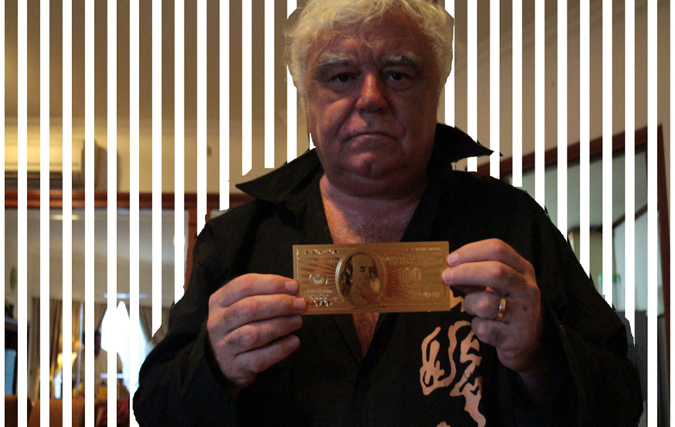 News from the Family shared with Neil states that the Global Currency Reset should be ready this coming week, or soon after. The Dinars be first with the ZIM’s following shortly afterwards.

The International Monetary Fund has already been handled by the Family. They have three people inside the IMF and they are now running the IMF. Christine Lagarde is only the front person.

Further updates will be published as they come to hand.

Reported by Blake via IntelDinarChronicles

"THE REPORT OF MY DEATH HAS BEEN GREATLY EXAGGERATED

I am sorry to learn that Ben Fulford says I am dead. I just checked myself, and everything seems to be in place; I went to the toilet and everything worked just fine.

I even checked Ben's emails and Skype messages to see if he actually sent me any. To be frank, I did not receive anything from him, so I am not sure what emails he is talking about. Then again, according to Ben, I am "dead" so why should I be so concerned?


Finally, I want to see the Cabal turn over their sword to us, so count on me staying for a while. Perhaps here is where Ben might have gone astray. Recently, the Clintons did seriously threaten us. As a result, I did contact one of their hit men here in Europe and was told that Ben was going first and then myself.

There were a couple of attempts in the past couple of months to eliminate me, and in both instances I dealt with things pretty well. First my toe was severely damaged about 2 months ago ,and then my leg was nearly broken. It seemed as though everything was getting torn up. Finally, the poison packs started opening in my body, which tore me up during the past two weeks or so.

Now Benjamin says that I'm dead. Well, if I'm dead, I'm doing a great job of looking alive! I realize I often keep things to myself pretty much, but when it comes to this matter, I must respond. After Ben exposed this, he went on further to erroneously say that we are working with the Rockefellers (like Hell, not in this lifetime!), and that the Zimbabwe notes are not real. I want to emphasize the deal with the Dinars and Zims is VERY real, and I have no interest in it at all other than to help get the information out to my friends.

Finally, I don’t know what I can do to prove I am alive other than to do the Irish Jig with you all…hahahahha….Just take care and do not fall for anything …This is getting near the end and we will hear all kinds of things. I am already out there attempting to get the financing so I can get into the Accounts and will continue to do so until I drop.

Seems these guys use this method over and over again. The going after one another is some kind of game between them all. Keenan must have lost a bet so it is his turn again. Or is it his clone that sent this post out? Maybe Ben needs some time in a rehab or something? All I know is the crap these guys put out week after week NEVER amounts to anything verifiable.

Posts : 68
Join date : 2016-08-01
I have felt for some time that Ben Fulford has been disino-ing us about a lot of things.  He is definitely pushing certain agendas that really don't make any sense.

OUT OF MIND » ARCHIVES OF THOSE THAT USE THE INTERNET TO PUSH FORTH THEIR AGENDAS & MADE UP BULLSHIT » NEIL the conman KEENAN »  Neil Keenan's Response To Benjamin Fulford & RV/GCR Update - October 10, 2016