by Organic and Healthy

In places where medical marijuana is legal, opioid abuse and addiction has fallen by 25%, but the government maintain they are stumped as to why.

Opioid abuse and addiction is a massive problem all over the US, hence why people are eager to find natural alternatives.

The health benefits of cannabis are become more and more accepted in mainstream society, as more studies which support cannaboid use are published. This doesn't sit well with big pharma, who are desperate to hold on to the monopoly they control. 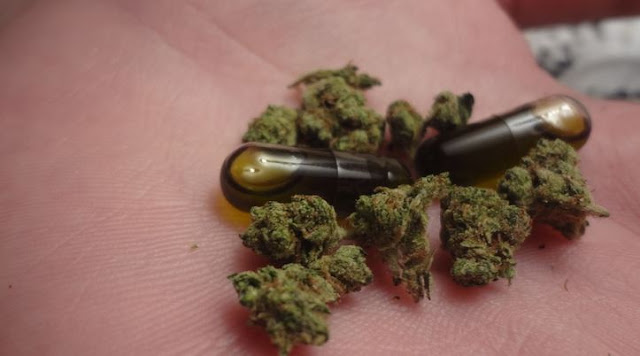 In the 23 U.S. states where medical marijuana is legal to use, deaths from opioid overdoses have decreased by almost 25 percent, according to a new data. The first states to legalise were California, Oregon and Washington in 1999, with Washington, D.C and 10 others being the most recent in 2010.

The study was done by Bachhuber, of the Philadelphia Veterans Affairs Medical Center and the University of Pennsylvania, and his colleagues who used state-level death certificate data for all 50 states between 1999 and 2010.

According to JAMA Medicine, in states with a medical marijuana law, overdose deaths from opioids like morphine, oxycodone and heroin decreased by an average of 20 percent after just one year. After two years, they continued to decrease to 25 percent. In the mean time, opioid overdose deaths across the country skyrocketed.

The Center for Disease Control and Prevention reported that the death toll went from 4,030 in 1999 to 16,651 in 2010. Apparently the majority, 3 out of every 4 of these deaths included prescription pain medications.

Higher Perspective have reported on organisations who have started making their own cannabis-infused products, one being The Foria Relief Company, who have created vaginal cannabis suppositories using cocoa butter as the perfect alternative to pills like Vicodin, Midol and Ibuprofen.

The product is said to help relax the muscles and ease pain. Higher perspective reports:

The cannabis capsule is made from the extract of cannabis flower, all of which are pesticide-free. The active ingredients are processed without microbials and then packaged with a specific mix of 60 mg of THC (tetrahydrocannabinol) and 10 mg of CBD (cannabidiol).

The combination together creates the perfect effect to relieve pain. The THC helps send happy feelings to the brain, while the CBD helps promote relaxation of the muscles. This helps reduce muscle spasms as well as inflammation

This natural remedy is only currently available to buy in California.

Re: This New Cannabis Capsule is SO Powerful It’s Going to Completely Replace ALL Pain Killers Thu Dec 01, 2016 12:29 pm