OUT OF MIND » PERCEPTUAL AWARENESS » THE SHIFT IN CONSCIOUSNESS » How Meditation Dissolves Personality and What, Exactly, That Means

How Meditation Dissolves Personality and What, Exactly, That Means 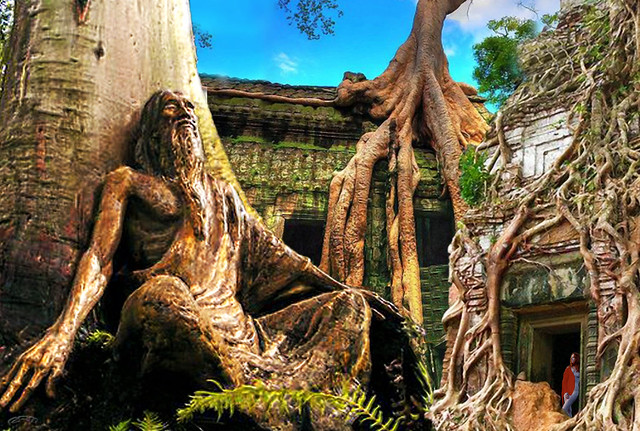 On a recent trip to Thailand I had the opportunity to observe Buddhist monks during mediation. As they sat in complete coma-like stillness, their expressionless faces gave the illusion that their bodies were lifeless, seemingly mimicking the serenity of death in their total relinquishment. Yet contrary to what was visible to the human eye, beneath this content and deathly appearance was life in the purest form.
One of the founding principles of Buddhism is the renunciation of worldly desires in pursuit of spiritual awakening, enlightenment, and ultimately, the state of Nirvana. For centuries, Buddhist monks have practiced using the art of meditation as a portal to achieving an enlightened state of being, allowing them to detach from the encumbrances of life in the unawakened state.

In this, they are able to harness total control over their thoughts, feelings and emotions, as opposed to being controlled by these manifestations of the ego. They are not defined by personality but are constantly rising to higher levels of consciousness and enlightenment.

Such detachment allows for the recognition of the true self which, over time, cultivates a state of higher consciousness they can carry with them when not in meditation.

The Burden of Personality

Before awakening, we are weighed down by the trappings of old habits and patterns. Over time, these patterns create what becomes the personality (and our lives) with which we self-identify.

We think that our personalities, our feelings and our thoughts encompass all that we are and all that we will be. We define ourselves by the traits that we have developed and grown into through repetitive and conditioned thoughts and actions, and our words express this. This is how the majority of the world still lives.

Yet they are unaware that there is a vast sea that lives beyond the personality — one far more powerful than the puny thoughts and emotions all of us take ourselves to be every day.

In order for spiritual awakening to occur, we must venture there, even if only sporadically at first. Learning that this realm exists is the first step. Then, we must be ready to detach from the comforting hindrance of the familiar and allow ourselves to become untethered from the weight of our former selves.

As we awaken, we are forced into the Now – a state conducive to self-observation whereby thoughts and actions no longer serve the ego, but the higher self, expressing in their performance a wisdom, logic and insight previously unavailable to us. We attain levity — a lightness of being, increasingly free from the burdensome aspects of personality, gaining more joy, compassion, happiness and effectiveness as we move through the world, doing whatever it is we do, and spreading it to others.

This is enlightenment, and it’s really no big deal! The big-bellied buddha, laughing his hearty laugh, would surely agree.

In order to achieve these things, we must first enter a realm of consciousness that transcends the metaphysical. Through meditation, we can enter that realm.

Buddhist monks have mastered the art of meditation, which allows them to detach from all the burdens of the conditioned self and reach into that state.

When we ourselves are able to attain it, we will no longer be controlled by our thoughts, but rather, find the ability to free the mind of its attachment to them and all of their messy clutter — including the past, the future, and the desires of the secular world.

Thus, the transpersonal state is one in which we become larger than the sum of our feelings and thoughts and emotions. We are no longer limited to the egoic self, but able to transcend to a state of consciousness that encompasses all of them. Just as astronauts have described their experiences looking back on the earth, we get a taste of existence in this higher form, untainted by, and no longer in command of, the ego.

From this vantage point, we can see the lower self (the personality) much more clearly — in all of its fragile, ever-changing states of fear and hope and love and everything in between. The human condition, as it has condensed in us, is seen and understood with a compassion that is completely detached, yet all-loving. This is because, in the transpersonal state there is a deep connection to the higher self, the realm of the un-manifested, and through this, a connection to the divine nothingness of being. 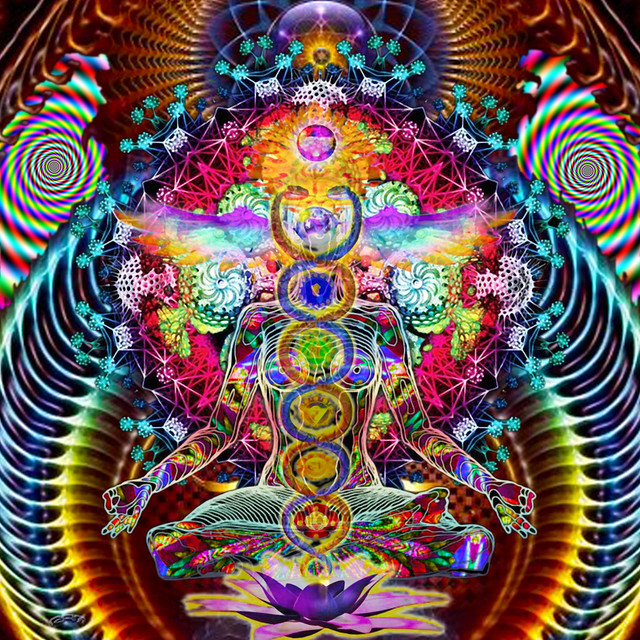 As noted, throughout the course of our lives our thoughts and habits are shaped by (and shape, to an extent) external factors which, over time, mould our personalities.

In the unawakened state, we navigate life controlled by these patterns of learned behaviours and compulsive thinking. We respond to most experiences by unconscious impulse and are very rarely present in the ‘here and now’.

Such passive living is a vicious cycle, keeping us from recognizing the true self, keeping us chained to earthly desires and attachments.

The objective of meditation is to extricate the ego from our higher selves. As we learn to recognize and become more aware of these true selves, we slowly ascend there, into a higher state of consciousness that that will ultimately ease our egos into a more mindful manner of being, relaxing the daily suffering of the ‘little me’ we each perceive ourselves to be.

As we continue in this practice, the more awareness we attain, and the more room for clarity and conscious action is created. The patterns that make up our personality begin to be broken down, with the most dysfunctional aspects going first. We come to recognize the ways in which we self-sabotage, and begin the process of dismantling the colluding aspects of ourselves that lead us there, simply because we can see them more clearly now.

We are no longer solely defined by our experiences, memories, emotions and thoughts — though these still have their place, of course — but our detachment from them lessens their hold on us and our behaviors — whether or not they’re wonderful or torturous. As our perception becomes less and less clouded by the projections of the ego, the weight of our former selves lifts, and we find ourselves living in a place of deeper vision and understanding, and thus more joy, granting us more effective and enlightening action in the world.

Alicia is a full-time freelance writer/blogger and aspiring multi-hyphenate. She was born in Toronto, raised in Jamaica and now calls Montreal home. She has a background in Broadcast-Journalism and a Ph.D in make believe. When she’s not busy writing or curating digital content, she’s bumping old school reggae, doling out advice or brushing up on her couch potato skills. She lives in the Plateau with her boyfriend, son and cat.

OUT OF MIND » PERCEPTUAL AWARENESS » THE SHIFT IN CONSCIOUSNESS » How Meditation Dissolves Personality and What, Exactly, That Means