the Aleutian Islands. As reported previously, allegations over Russia hacking Vermont’s power grid triggered a strong reaction from Governor Phil Scott. He activated the National Guard and dispatched a special task force to seize and hold the Aleutian Island of Chirkov, an uninhabited frozen wasteland located sixty miles off the Kamchatka Peninsula. Borrowed naval units, including a PB440 class patrol boat and three inflatable rafts, were airlifted to the Pacific before setting sail for Russia. A Pentagon source, wishing to remain anonymous, obtained a partial transcript of radio communications between the unit’s commander and, allegedly, a secret military installation in Vermont’s Green Mountains.
What should have been a routine operation was wrought with unforeseen complications. An impenetrable ice barrier encircled Chirkov Island, forcing the National Guardsmen to seek refuge at an uncharted area known as the Kamalov Atoll. In 2014, Vladimir Putin had allowed astronomy students from Donetsk University and the Marine Corps of the Donetsk People’s Republic to train on Kamalov Atoll,

uninhabited except for a herd of self-sustaining cattle that miraculously survived on wheat grass atop a grassy knoll near the center of the island.
With the onset of Arctic winter, the students and the Donetsk Marines left the base; however, rumors in Moscow had it, that a dissident astronomer from Donetsk University, Professor Dr. Mikhayl Nikolayevich Tukhachevsky, had refused to leave, saying that he needed six months of solitude in the polar night, to pursue his studies.
While securing the island, the Vermont National Guard expeditionary force found more than just cattle. “My jaw dropped,” said commanding officer Lt. Scheisskopf. “Three hundred head of cattle grazing in a field of grass surrounded by ice on all sides. Who knows how long they’d been there? Then we spotted a structure atop an icy hill. I ordered Corporal Clevinger and Private Popinjay to take the hill.”
The structure turned out to be an abandoned astronomical observatory with a thirty-six inch refractive, parallax telescope, still functional. The building appeared deserted. The National Guardsmen cautiously cleared each room using Navy Seal approved counter-insurgency

tactics. According the leaked transcript, Sergeant Porchinski, the team’s medic, thought he saw a shadow and ‘accidentally’ discharged his weapon, only to discover that his magazine had been filled with blanks. They all had blanks, no live ammunition. Apparently, Governor Scott felt that issuing live rounds would heighten the risk of creating an international incident if his forces met Russian resistance.
Regardless, the elite force secured the compound without encountering any Russians. Shockingly, they found the skeletal remains of a person, whose empty eye-socket still peered into the telescope’s optics and whose bony finger clutched a spiral-bound notepad filled with nearly undecipherable scribble, written in Cyrillic.
“It was nearly impossible to interpret,” Lt. Scheisskopf said. “Thank heaven Sergeant Porchinski spoke and read Cyrillic. The ink was faded on many pages—mathematical formulas, coordinates, and on one page the letters ‘n,’ ‘i,’ ‘r,’ and ‘u.’ Private First Class Wintergreen was looking over my shoulder, and he said, “Sir, that spells Nibiru!” I had never heard about Nibiru until he explained it to me. Then, we moved the skeleton and I looked into the telescope. What I saw chilled my bones.”
He saw a dense cloud of red iron-oxide dust swirling through space. In the center of the cloud sat a brown dwarf star, surrounded by seven orbiting planets, hurtling through the cosmos toward Earth. He stared ten minutes before looking away from the telescope.
“I couldn’t believe it,” Lt. Scheisskopf said. “For the first time in my life, I saw Nibiru. I contacted my commanding officer, General Dreedle,

using secure radio transmissions. I let him know that our initial mission had been compromised and that we had found a Nibiru monitoring outpost. He ordered us to return home at once, but Murphy’s Law struck.”
While the National Guard investigated the observatory, a polar storm had descended on Kamalov Atoll and swept the rafts—and food rations—out to sea. Stranded and hungry, Lt. Scheisskopf radioed his commanding officer, requesting immediate extraction. But General Dreedle said that all air units were currently involved in training exercises and would not be available for several days, after which he would send an airlift to recover the lieutenant and his troops.
Lt. Scheisskopf requested permission to butcher, cook, and eat one or two of the cows so his men would not starve while awaiting rescue. General Dreedle, the report says, refused the request; slaughtering cattle of unknown origin, he said, might provoke an international incident, especially if the cows were Russian.

Re: NIBIRU News ~ Nibiru Monitoring Outpost Discovered in Aleutian Islands and MORE on Thu Jan 12, 2017 1:27 am

Re: NIBIRU News ~ Nibiru Monitoring Outpost Discovered in Aleutian Islands and MORE on Thu Jan 12, 2017 1:28 am 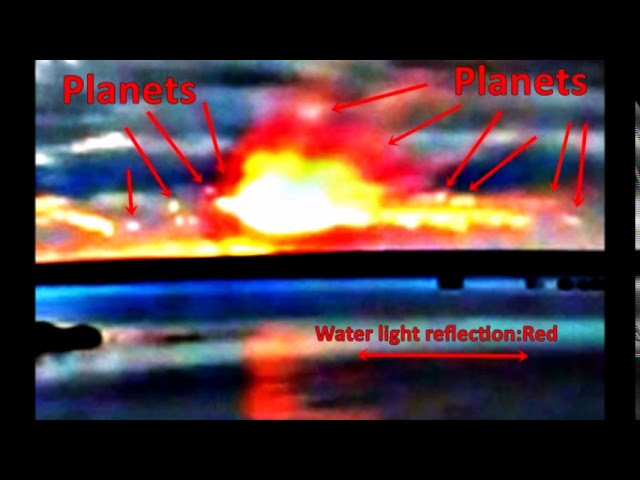 Re: NIBIRU News ~ Nibiru Monitoring Outpost Discovered in Aleutian Islands and MORE on Thu Jan 12, 2017 1:28 am

Re: NIBIRU News ~ Nibiru Monitoring Outpost Discovered in Aleutian Islands and MORE on Thu Jan 12, 2017 1:29 am 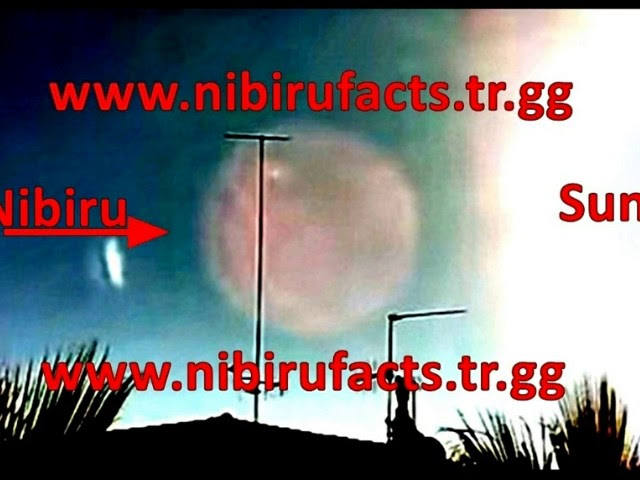 Re: NIBIRU News ~ Nibiru Monitoring Outpost Discovered in Aleutian Islands and MORE on Thu Jan 12, 2017 1:30 am

Published on Jan 11, 2017
This News Report is on the Black Star Orbit Cycle that may or may not be 3600 years. Get more information on Project Black Star at http://terral03.com .

David writes: "Hi Terral: I've only been a subscriber for a couple of months, so I haven't made it through all of your videos and newsletters - yet! One question I have in relation to the Black Star, is how confident are you that the Orbital Cycle is 3,600 years? I see that cycle period mentioned often in Nemesis/Nibiru/etc. literature, but I was wondering if anybody on your team had actually computed the orbital cycle, or if we even had enough information at this point to do so."

First of all, the Project Black Star Investigation is tracking a gravitational/electromagnetic/magnetic anomaly using the earth changes including the seismic/volcanism patterns in combination with the magnetic North Pole migration patterns independent of any previous Nibiru/PlanetX-type research/investigations. While the 3600-year Black Star orbit period is inconsequential to running the investigation and tracking the anomaly, the historical precedents established in the Sumerian Tablets and Scripture particularly do play a role in how the investigation is managed and even how the gathered data is being interpreted. The 3600-year orbit period timeframe from Sitchin’s work appears to align very well with the Bible accounts of Noah and Moses where an apparent unseen force was responsible for the earth changes in those days separated by about the same time period.

The predictions of Jesus Christ in Matthew 24 that align with the account of Joel 2 and Revelation appear connected to the ‘next’ Black Star orbit cycle that ends the age bringing catastrophic destruction leading to the judgment of the living and the dead. The fact that Christ predicts the Sun turning dark (Matt. 24:29 -31 and Rev. 6:12 ) with signs in the stars/heavens also fits with a Black Star/Earth crossing event in the fall coming after the Black Star reaches perihelion. We can see the coronal holes becoming larger and larger with each passing year providing more evidence that the Science and Scripture are saying very much the same thing. The difference is that the Apostle Paul makes the prophecy that the Day of the Lord will ‘come’ (begin) like a ‘thief in the night’ with destruction coming ‘suddenly’ like the birth pangs (the earth changes) upon a woman with child. 1Thes. 5:1-5. Paul’s predictions can only be true for a ‘springtime’ Black Star/Earth crossing event (Nibiru means planet of crossing), before the Black Star reaches perihelion saying that the sons/children of the Day/Light will recognize the signs, while the world is proclaiming “Peace and Safety!” at the very time of their destruction. The bottom line is that knowing the precise the Black Star orbit period is irrelevant to the investigation where our objective is to wake people up about what is coming from space and to the need to prepare.

Subscribe and support the research at http://terral03.com to receive full subscriber benefits for only 25 dollars per year including your threat assessment report and being connected to forming survival groups.

Re: NIBIRU News ~ Nibiru Monitoring Outpost Discovered in Aleutian Islands and MORE on Thu Jan 12, 2017 1:30 am 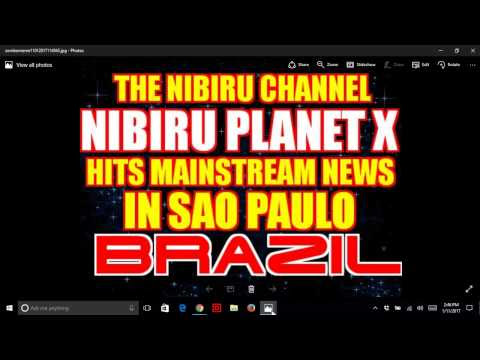 Re: NIBIRU News ~ Nibiru Monitoring Outpost Discovered in Aleutian Islands and MORE on Thu Jan 12, 2017 1:31 am