Today at 7:41 am by PurpleSkyz

Yesterday at 8:22 pm by PurpleSkyz 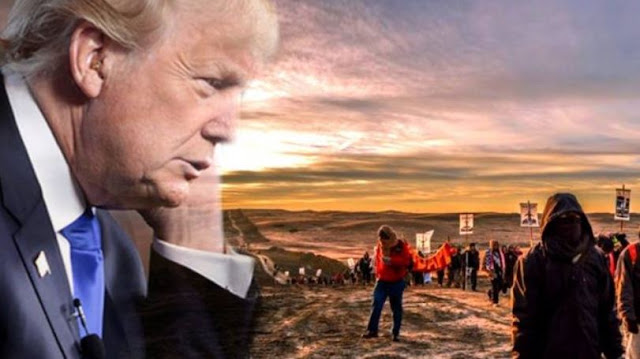 (Derrick Broze) Less than one week into office, Donald Trump has signed an executive order approving of construction with the Keystone XL and Dakota Access pipelines.

Everyone’s favorite “anti-establishment” president signed two executive orders on Tuesday which will allow construction on the controversial Keystone XL and Dakota Access pipelines to continue. President Trump took the actions on Tuesday in an attempt to keep his promises to “make America great again” by attempting to increase domestic energy production via oil pipelines.
The Keystone XL pipeline has been opposed by environmental activists for seven years, while the Dakota Access pipeline by Native American tribes since April 2016. The Obama Administration rejected the Keystone XL pipeline in November 2015. The DAPL was also recently denied a permit for construction on the final portion of the pipeline which goes under Lake Oahe.
“President Trump is legally required to honor our treaty rights and provide a fair and reasonable pipeline process,” Dave Archambault II, chairman of the Standing Rock Sioux Tribe, said.  “Americans know this pipeline was unfairly rerouted towards our nation and without our consent. The existing pipeline route risks infringing on our treaty rights, contaminating our water and the water of 17 million Americans downstream.”
Continue Reading at ..... http://sitsshow.blogspot.com/2017/01/president-trump-signs-executive-order-approving-keystone-dakota-access-pipelines.html

Trump Orders Continuation Of DAPL Pipeline, You Can Help Stop It By Not Supporting These Banks 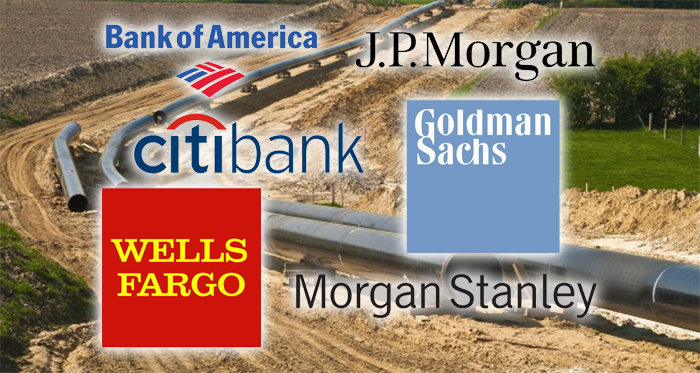 What’s going on in North Dakota at Standing Rock, the site of mass protests against the Dakota Access pipeline, is very important. People have joined Native’s in standing up for the protection of air and water quality, as well as the protection of sacred lands.

Trump recently signed the executive order for the Dakota Access pipeline to continue. A 3.7 billion dollar project that will transport crude oil from North Dakota through South Dakota and Iowa to a shipping point in Illinois. The terms will be subject to conditions to be negotiated by us parties involved -at least that is being considered.

So was all the protesting a waste of time? Heck no! Water protectors effectively raised a low of awareness about the issue and turned many into environment protectors which is something we need more of. It helped us to think about our impact on the environment and bring forth new technologies that can seriously make a difference without relying on inefficient technologies like wind and solar.
Continue Reading at .... http://www.collective-evolution.com/2017/01/24/trump-orders-continuation-of-dapl-pipeline-you-can-help-stop-it-by-not-supporting-these-banks/