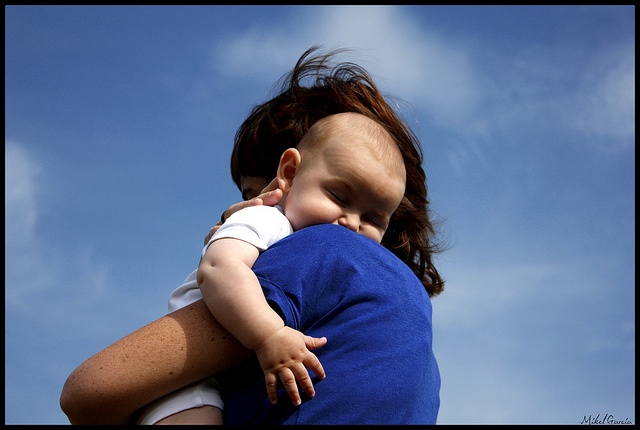 By Catherine J. Frompovich
The Commonwealth of Pennsylvania, like all states in the USA, has a child endangerment statute.  Currently, that statute is being invoked in a legal rehash of the Jerry Sandusky ‘pedophile’ allegations for several Penn State University higher-ups.
Allegedly, one of the current defendants saw Mr. Sandusky with a minor boy in a shower and did not report that to authorities.  Now, for that omission, he faces up to five years imprisonment under “child endangerment” charges.
What’s child endangerment per the statue?

Pennsylvania child abuse laws, like the abuse laws found in other states, fall under the criminal or penal code. The crime is broadly defined to include any type of cruelty inflicted on a child, such as mental abuse, physical abuse, sexual assault or exploitation, and neglect.  Charges for physical child abuse often include assault and battery. Additionally, child abuse laws include provisions requiring certain adults with access to children (such as teachers and doctors) to report signs of abuse.  [1]

What happens when the abusers are teachers and doctors?  Teachers and doctors, who commit sexual abuse, when reported, are tried, convicted and sentenced.
However, there is child endangerment and cruelty being perpetrated upon infants, toddlers and teens that is not reported, which is causing untold suffering for those children, their parents and families.  It’s chemical abuse!
Just like a teacher, or any adult, would be prosecuted for giving a minor alcoholic beverages, which biochemically induces adverse side effects, the medical profession is the largest contributor and offender of chemical abuse perpetrated upon infants, toddlers and children via neurotoxic vaccines injected to them at birth, 2-4-6 month ‘well baby visits’ with as many as nine vaccines made with neurotoxic chemicals and other adverse-causing excipients and media.
One such media is human diploid cells, aka aborted fetal cells, which can contribute to what’s medically known as “homologous recombination”

Are those human diploid cells in vaccines, of which there are at least 6 cell lines, responsible for or contribute to autoimmune diseases youngsters are experiencing as never before in health statistics demographic history?  The Chinese developed a new aborted fetal cell line, WALVAX 2 that will be used in viral vaccine production.  WALVAX 2 was taken from a 3-month gestation female.
Helen Ratajczak, PhD, claims, “Homologous recombination only occurs if the DNA is from the same species.”  However, “When DNA from one human is introduced into another human, there is the possibility of homologous recombination.” [3]   The more commonly used fetal cell lines are WI-38, MRC-5 and RA27/3.
Besides human fetal cell lines probably causing adverse health problems, vaccines also contain hidden viruses. Mycoplasmas are not looked for in vaccines and numerous have been injected into humans.  Probably the more egregious vaccine mycoplasma fiasco was the SV-40 cancer virus in the polio vaccine that was given to close to 100 million Americans!  Merck & Company’s premiere vaccinologist, Dr Maurice Hilleman said, “Vaccines were the bargain basement technology for the 20th century!”

Here’s a listing of some mycoplasma in vaccines given to the public, who were not aware they were getting these viruses:

Would parents knowingly want—or permit—their children to be inoculated with unknown viruses?
What would happen to parents under Child Endangerment Laws if they were to give children the neurotoxic ingredients in vaccines to eat, which are pumped into kids at birth, 2-4-6 months of age?
Child Protective Services would be called by the reporting physician who was treating the child for toxicity poisoning!  Who’s calling the CPS about pediatricians?
However, why aren’t pediatricians and medical doctors prosecuted for injecting neurotoxic chemicals, unknown viruses, r-DNA and nano-particulates, which are now in newly designed vaccines?

You can’t handle the truth about vaccines (Ad)

Below is a video of Dr Richard Pan, the mandatory-vaccine-pusher, and an apparently unqualified MD testifying before a California hearing about vaccines.  Listen carefully as he lies and, therefore, should be prosecuted for perjury.
This display of perjury is what happens all over the country by MDs and vaccine acolytes who LIE, LIE and LIE even more to get mandatory vaccination bills passed, whereas they should be prosecuted for child endangerment and chemical child abuse, in my opinion.

Source: Again, see this list for yourself at this CDC.gov link. If the CDC removes it, we’ve saved a copy at this Natural News link.
The WI-38 / MRC-5 [fetal diploid] cell lines are used in all the following vaccines, according to the CDC: (see the CDC.gov document at this link to prove it to yourself)
Adenovirus
DTaP/IPV/Hib
Hep A
Hep A / Hep B
MMR (MMR-II)
MMRV
Rabies
Varicella (chicken pox)
Zoster
Source
Vaccines should be considered nothing short of child endangerment with prosecution for manufacturers plus those who promote them, e.g., Dr Richard Pan and Paul Offit, MD, who, in the past, said children can take ten thousand vaccines at once.
Dr Offit should be castigated by the medical profession and made to retract that statement, since no studies have proven his outlandish statement medically correct or as ‘science-based medicine’.
See the double standard!
References:
[1] http://statelaws.findlaw.com/pennsylvania-law/pennsylvania-child-abuse-laws.html
[2] https://cogforlife.org/2015/09/09/new-aborted-fetal-cell-line-emerges-for-vaccine-production/
[3] Vaccination Voodoo, What YOU Don’t Know About Vaccines (2013) Pg.37
[4] Ibid. Pg.86
Resources:
Vaccine Excipient & Media Summary (lists most of vaccine ingredients)
Vaccination Voodoo, What YOU Don’t Know About Vaccines
(Most of the ingredients in vaccines from peer review literature and their adverse effects)
Photo Credit CC 2.0
Please use the code below if you’d like to REPUBLISH this article
Catherine J Frompovich (website) is a retired natural nutritionist who earned advanced degrees in Nutrition and Holistic Health Sciences, Certification in Orthomolecular Theory and Practice plus Paralegal Studies. Her work has been published in national and airline magazines since the early 1980s. Catherine authored numerous books on health issues along with co-authoring papers and monographs with physicians, nurses, and holistic healthcare professionals. She has been a consumer healthcare researcher 35 years and counting.
Catherine’s latest book, published October 4, 2013, is Vaccination Voodoo, What YOU Don’t Know About Vaccines, available on Amazon.com.
Her 2012 book A Cancer Answer, Holistic BREAST Cancer Management, A Guide to Effective & Non-Toxic Treatments, is available on Amazon.com and as a Kindle eBook.
Two of Catherine’s more recent books on Amazon.com are Our Chemical Lives And The Hijacking Of Our DNA, A Probe Into What’s Probably Making Us Sick (2009) and Lord, How Can I Make It Through Grieving My Loss, An Inspirational Guide Through the Grieving Process (2008)