Latest topics
» Steven Cambian - On the DARK SIDE : The mystery of The SHADOW PEOPLE

Today at 1:30 pm by PurpleSkyz

» Strange objects in the sky caught on camera

Today at 1:29 pm by PurpleSkyz

» No Cause For Concern…Right? – Dying By The Accepted Insanity We Believe In

Today at 1:27 pm by PurpleSkyz

» Particle is disobeying the known laws of physics

Today at 1:23 pm by PurpleSkyz

Today at 1:07 pm by Consciousness Of Economic

» EVERYTHING WRONG WITH THE CAPITOL SHOOTING IN 21 MINUTES OR LESS

» Japan: Sorry, But We Have to Dump This Fukushima Radioactive Water Into the Ocean

NASA images reveal ‘The Ankh Cross’ on the surface of Mars 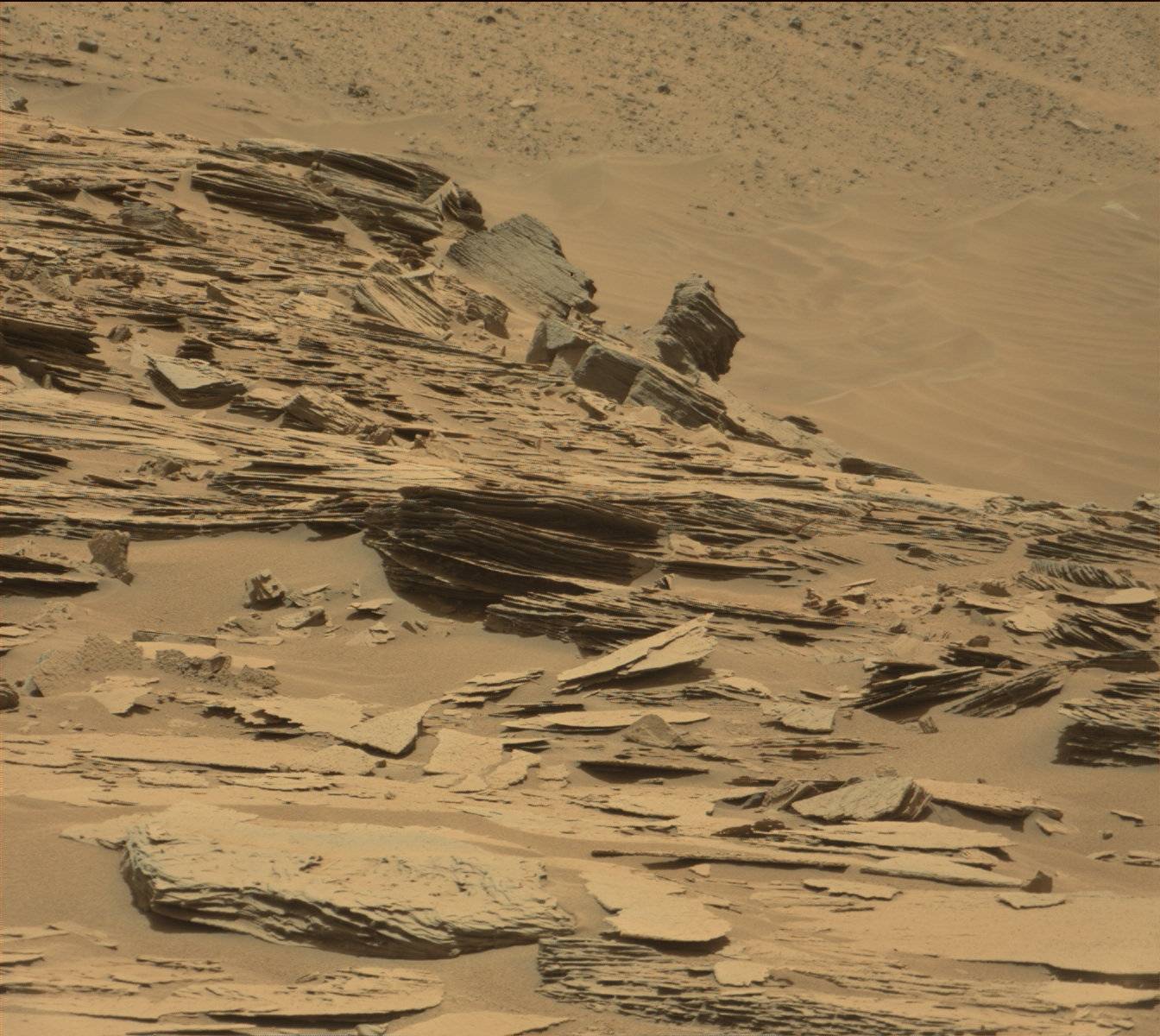 Is it just another example of Pareidolia kicking in? An image taken by NASA rovers on the surface of Mars shows what appears to be an object eerily resembling the ancient Egyptian Ankh Cross.

Mars anomaly hunters have discovered countless images that have since remained unexplained on the surface of Mars. The Ankh Cross on Mars is bay far one of the best.

While most of these objects are nothing more that Pareidolia— a psychological phenomenon in which the mind responds to a stimulus by perceiving a familiar pattern where none exists—some other discoveries push the limits of rationality to the limits.
In the past, Mars anomaly hunters have found Pyramids, domes, walls, and even ‘alien creatures’ in the countless images sent back by NASA rovers from the red planet.
However, the Ankh Cross ‘apparently’ found on Mars takes Martian anomalies to a whole other level.
Other objects discovered on Mars resemble artifacts that we see all around us on Earth. These alleged ‘discoveries’ may or may not be real, and you must always approach such things with a certain degree of skepticism. After all, its Mars we are talking about. How cool would it be if we did find ACTUAL traces of a lost civilization on Mars?
Interestingly, the truth is that Mars has given us a lot to talk about.
We have come to understand that Mars was not a desolate world always. In fact, experts have discovered that in the distant past, Mars was almost identical to Earth: with rivers, lakes, oceans and an atmosphere that resembled the one our planet has today.
However, when talking about the possibility of lie on Mars red flags are raised by skeptics who say Mars was never inhabited. 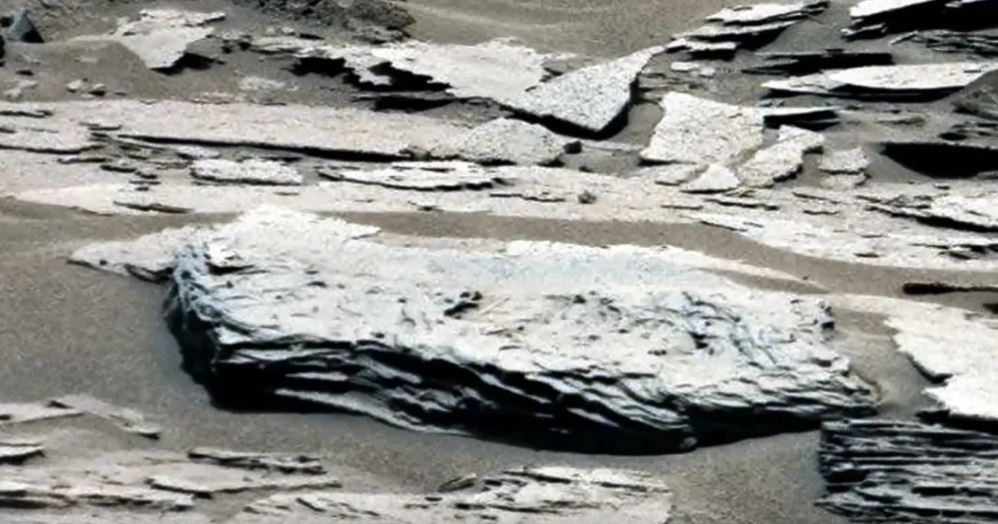 Pareidolia or not? What do you think?

Interestingly, there are some scientists who disagree.
Dr. John Brandenburg, who has a PhD in Theoretical Plasma Physics from the University of California at Davis, and works as a consultant at Morningstar Applied Physics LLC and as a part-time instructor of Astronomy, Physics and Mathematics at Madison College, and other learning institutions in Madison, Wisconsin, believes hat in the distant history of Mars, when the red planet was much more similar to Earth, advanced alien civilizations developed there, and evidence of their existence can be found on the red planet today.
“…based on new data, evidence that during this period of Earth-like climate, biological evolution produced, at length, a humanoid civilization leaving ruins at several sites, Cydonia Mensa and Galaxias Chaos being two sites most intensively investigated. Data from these sites formed the basis for the Cydonian Hypothesis (Brandenburg, DiPietro, and Molenaar, 1991) of an ancient, indigenous, approximately Bronze Age civilization on Mars.”
“Mars xenon is found to match closely the component in the Earth’s atmosphere produced by Earth’s nuclear weapons programs, both hydrogen bomb testing, and plutonium production, both of which involve large amounts of fission with fast neutrons. It is found that Mars xenon can be approximately by a mixture of 70% Nuclear Testing xenon, mixed with 30% natural Earth xenon, suggesting that Mars xenon was similar to Earth’s before a large nuclear event altered it dramatically.”
Curiously, recently declassified documents by the CIA mention Pyramids and a lost civilization on Mars.
The document titled “Exploration of Mars” dates back to 22 May 1984 and contains the transcript of an experiment carried out by a CIA. The agency focused their research on specific coordinates on Mars: 40.89 degrees North / 9.55 degrees West among others.
As reported by the Mirror, during the interview, the psychic used in the CIA experiment is said to have accurately described the surface of Mars – and aliens that used to live there.
So what if in the distant past aliens did inhabit Mars, and massive global cataclysm wiped them out as some suggest?
We probably would find evidence of their existence today. Mars Anomaly hunters—and apparently some scientists as well—claim that the evidence is there, and the countless image sent back by NASA rovers prove that the “Ancient Martian Civilization theory” is not just a conspiracy.
The Ankh Cross is also known as crux ansata (the Latin for “cross with a handle”) is an ancient Egyptian hieroglyphic ideograph with the meaning “life”. The Egyptian gods are often portrayed carrying it by its loop or bearing one in each hand, arms crossed over their chest. The ankh appears in hand or in the proximity of almost every deity in the Egyptian pantheon (including Pharaohs).
The ankh symbol was so prevalent that it has been found in digs as far as Mesopotamia and Persia, and even on the seal of the biblical king Hezekiah.
As noted by Richard Cassaro, the Ankh Cross has even been found to exist in Mexico, far away from the land of the Pharaohs. The mystery objects can be seen at Calixtlahuaca, present day Toluca. It is considered by many authors as one of the most mysterious objects discovered in Mexico. The Monument number 4, Cross Altar or Tzompantli shares an incredible similarity to the Ankh cross in ancient Egypt.
As you can see, the Ankh Cross can be found all over the planet, its meaning is powerful, and it was an important symbol for thousands of years.
Now—apparently—the symbol can also be found on Mars.
Whether its Pareidolia or not, finding something like that on Mars is certainly interesting.

The original image can be found here: http://mars.jpl.nasa.gov/msl-raw-imag..
The anomaly was discovered by Mars Moon Space Tv