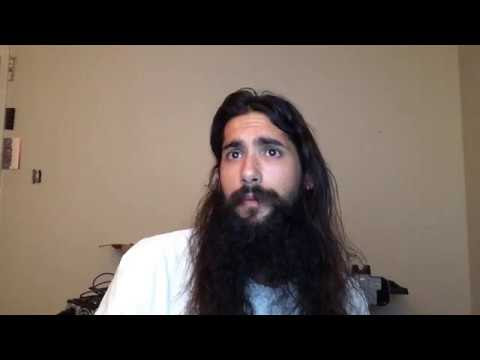 During an operation I was pulled into a nest of these.

The fallen use the ghost image of a 3D-4D shell, broken archetypes and memory implants as a nest of automated programmed into insert themselves into the neo-cortex of the vulnerable human that still relies on the unprotected biological functions to transmit their consciousness-code throughout the layers of simulated reality system.


That code, when biologically transmitted without protection from either a realm-section or faction “demi-god” or advanced methods of spiritual stabilization then that signal (consciousness ether-link, DNA) is vulnerable to decryption and modulation (hybridization, co-opting) by these synthetic signal pirate parasitic lower interdimensional organisms. We literally battle them on the microcosmic level, the same as immune “cells” and pathogens.

THEY ARE A VIRUS TO THE LIVING COSMOS, MANUFACTURED HYPERSPATIAL WEAPONRY, THIS IS WHERE THE TIME WAR LEAD, WE ARE JUST IN THE ANCIENT PAST, TECHNICALLY WITH ARTIFICIAL STREAM DESIGNED BY THESE BEINGS WHICH JUST RUNS IN A LOOP, A SEGMENT OF HISTORY THAT ENDED LONG AGO BUT IS PLAYED OVER IN THE MINDS OF HUMANITY TO KEEP THEM VALUABLE AS A FOOD SOURCE FOR WHEN THESE EXPERIENCES ARE LOOPED, THE HUMAN ENERGY SYSTEM (THE OUTDATED, VAMPIRIC, UNDEAD) VERSION KICKS ON AND NOURISHES THEM, SIMILAR TO FEEDING ON A BEE HIVE, SPIRITUAL ENERGY IS THE HONEY, WE ARE THE WORKER BEES, THEY ARE THE FARMERS, THEY’RE MUCH WEAKER THOUGH, THEY CAN’T DESTROY THE HIVE OR DIRECTLY INTERACT WITH AN AWAKENED BEE

RESEARCH LAUDA LEON (LAURA) AND THE OTHERS

THESE ARE THE FALLEN, THEY LITERALLY USE REANIMATED CORPS SHELLS OF BROKEN HUMAN ‘MEMETICS’ LIKE MULTI-DIMENSIONAL ZOMBIE FLESH

ONE GROUP (THAT EVERYBODY IS PROGRAMMED TO BLAME) DIDN’T CREATE IT, THEY INVENTED A CURE, THE OTHER GROUP (THAT IS ALSO BLAMED IN ANOTHER ASPECT OF THE CORRUPTION IN THIS WORLD) DIDN'T MAKE IT, THEY DID GET INFECTED BY IT. THIS IS LITERALLY A ZOMBIE VIRUS, IT USES HUMANS AS FLESH INTERFACES OR ‘BOTS’ AND MILKS THEM FOR THEIR ‘MANNA’ OR LOOSH, WHICH THESE PARASITES HAVE NO ACCESS TO

THIS INFORMATION IS CONFIRMED FROM CAPTURED VERSIONS OF THEIR PROJECTED FORMS, YES THERE ARE BOTH REAL AND FAKE VERSIONS THROUGHOUT HISTORY BOTH TO THROW HUMANS OFF THE TRAIL AND AS REMNANTS OF ACTUAL OPERATIONS, EVERYTHING IN PUBLIC EYE NOT SPEAKING ON THIS INVASION-INFECTION ASPECT IS A DISTRACTION, THEY DO NOT HAVE THE UNLOCK CODES TO THIS REALM, CAN’T EVEN COMPREHEND THEM WITH THEIR BINARY PROCESSORS AND CAN’T GET OUT, IT REQUIRES TRUE FEELING, THIS IS A MENTAL SIMULATION PROJECTION SYSTEM, JUST AN OVERLAY TO THE ORIGINAL REALM OF TRUE FEELING.

The TRAPPed ghost humans, 3D shell, or caged mental beings are literally just looking for a way home, a hyperspacial portal. Only a limited number of beings carry the memories for this, these were withheld from their powers, their memories until now. The beings require technology to travel these in-between spaces and their bodies can project yet they cannot operate in higher-dimensional realms of spirit without a human slave-host literally acting like a zombie-puppet. These are the clones without original souls or spiritual tethers, they are used to run the broken, reality-bubble realms or streams. We’ve been bouncing through these disconnected streams for millennia. Half the memory wipes are to keep people useful as food, the other half are to keep them asleep. If people knew the whole picture they’d go insane and then get angry and rise up and find all these little things and pulse them out of existence with a frequency tone they can’t handle.

Fear is their food, lust is their appetizer, bliss is their dessert. Focused, free-will, creativity, compassion, truth, self-awareness and knowledge is the cure.

All weaponry is sonic, harmonic, tones and drones. Their weaponry against us, the latest, highest form is the trumpets that are sounded at the ‘end of time’ which puts everyone still in an unprotected physical form to sleep and they harvest the soul energy for a new system.

There is no blame game, when you see what has really gone on, you’ll either look to the resolution, or you’ll forget yourself. There is no in-between, either one is for the liberation of humanity or they are assisting in the destruction. These parasites hide in the subconscious and manipulate the environment and one’s conscious perception of reality to suit them. Often times people are in dreams which are literally simulated reality run on their craft to interrogate or program certain personality types.