OUT OF MIND » PERCEPTUAL AWARENESS » THE SHIFT IN CONSCIOUSNESS » Unit Circle of Redundant Self-Awareness, Leading to a Stream of Emergent Consciousness

Unit Circle of Redundant Self-Awareness, Leading to a Stream of Emergent Consciousness

Unit Circle of Redundant Self-Awareness, Leading to a Stream of Emergent Consciousness Mon Jul 10, 2017 7:50 am 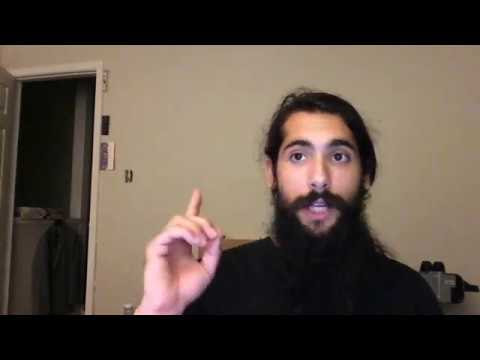 Published on Jul 9, 2017
Transcribing this took almost 3 hours just now, if anyone wants to help, just let me know or put a comment out announcing to others that you will transcribe a portion or a video and send a message or e-mail, thanks! Leave out the uhs, and ahs, any thing other than just what is required to make a more complete literary transcription, not a direct recording.

The making of the video brought relief. Feeling a lot better, I actually just remembered something that I was trying to remember and it just hit me all of the sudden and my eyes went all wide and I had the camera up already so I just like looked at myself in the camera with a surprised face, it was kind of hilarious. And even, that act of remembering, given the encoding of the great emotion, circumstantial kind of emotion, encodes it like it engraves it so I’m not going to forget again. It makes it so the remembering stays, it stamps it. It’s because I cared, it doesn’t keep the process going and repeat itself. You can do that to control your mind (control your emotional context and influence perception and memory-cognition) and this is part of what I remembered (or more-so, the expansion).

After some food and introspection I felt restored, a lot better. Sleeps been wild, no need for attention over at least what I want to say. So don’t worry as well and you shouldn’t really worry about anything anyway because that’s not going to do anything but associate that energy and sorry if I’m speaking to low.

The talk tomorrow is with Patricia Farrington.

There are still some posts from the past month or two which I have to put together into a video and now there are like two parallel movements of streams of information which are both becoming apparent simultaneously.

Pleasure through desire requires a balance of pain. If you figure out how to get pleasure without desire, then you’ve reached the actual enlightenment, not the perverted use of the word. That is a neutral or non-dual pleasure it doesn’t carry (the desire based pleasure, pain balance) (I’m still a bit tired). That is how the material system of reality works. One cannot escape this while using the body to experience pleasures from the system that requires duality (hot, cold, pleasure, pain). Reverse that and the non-dual spiritual reality is unveiled (hot, cold, pain, pleasure).

Fasting brings pleasure, this is spiritual restoration from the awareness that is born through the removal of that physical perception that blocks the higher mind by entraining the lower mind. The opposite of the joy from fasting would be eating again! Thus, the opposite of that pleasure is not pain! Thus the pleasure of fasting is not a physical, desire based pleasure, but the opposite, and this nourishes the spirit. If you do that then eventually you’re not long a part of this realm, you are, but you’re a part of everything and nothing in particular. So you can’t be both high and low at the same time, yet through this non-duality beyond the pleasure pain duality, then you can and this “breaks the laws”, or not the laws but you move beyond this realm, but become part of everything. So this shapes everything that’s going on here, all the money, the professions, everything that’s going on.


And the thing I remembered is funny, because of the way it was like stuck or impressed upon my mind, as if it was insisting that I remember it.

Consciousness or more-so awareness, self-awareness is comprised of, at first, of moments of wakefulness; when you come to a cognitive arousal. It’s really a cog-, cogent? I always mess up that word, cognizant? Yes, and cogent is closer to precision in an argument, which is not quite the word but possibly related given the concepts, it’s kind of the same if you follow the trail. And so imagine a young child coming to awareness and you can even find these memories. Children are in a hypnagogic trance, at least the majority of them are. This is similar to what it is believed at least, and this is also something I was taught, however I have similar, along the same lines maybe not as pronounced ideas, but that the tribes that haven’t really taken to the individuality that comes with what we call modern civilization where everyone’s basically wearing the same clothes doing the same thing or a few general basic jobs. Everyone’s in the same trance, they don’t know that they’re aware of who they are, they’re just aware, it’s a pure awareness without restriction, but in that the finding, that restriction we have to have resistance.

OUT OF MIND » PERCEPTUAL AWARENESS » THE SHIFT IN CONSCIOUSNESS » Unit Circle of Redundant Self-Awareness, Leading to a Stream of Emergent Consciousness