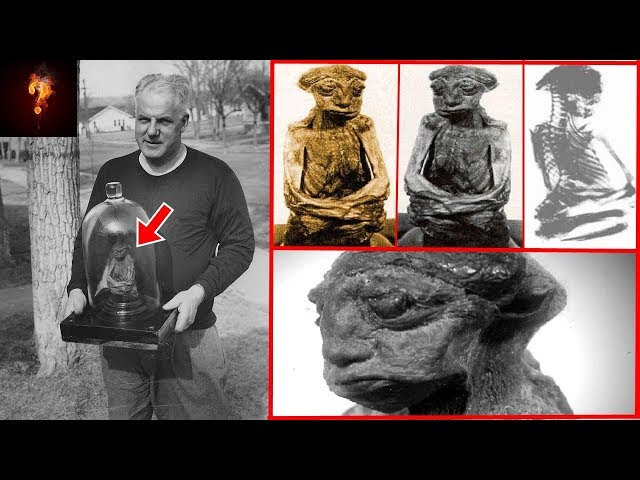 Published on Aug 8, 2017
In 1932, gold prospectors searching within the San Pedro Mountains of Wyoming, would make a ground-breaking discovery.
A find, which for a brief period of time, exposed to the world the past existence of a group of people, a secret un-explainable race, which has been successfully covered up for over a century.
Cast into the realm of folk lore, this group of people could be attributed to tales of gnomes or hobbits.
Known as the little people of priory mountain, the once native “crow people”, spoke of their ferocious nature for many hundreds of years.
No taller than 36 inches in height, according to William R Corliss in his 1978 book, 'Ancient Man: A Handbook of Puzzling Artefacts', citing the Anthropological Institute, Journal, 6; 100, 1876: An ancient little people graveyard of vast proportions was once found in Coffee county.
It was estimated that there were as many as 100,000 separate individuals buried there.
And in 1932, 2 gold prospectors would thankfully expose the existence of the little people of priory mountain to the world.
Exposing a worldwide cover up, of gigantic proportions.
Deep within a mine on the mountain, they discovered a secret layer, a tomb, somehow placed deep within the rock face.
Within this tomb they found the mummified remains of a tiny humanoid.
Now known as Pedro, according to Dr. Henry Shapiro, an Anthropologist from the American Museum of Natural History, along with the several x rays he made, proving his authenticity, Pedro was 65 years old when he died, and he had unfortunately suffered a terrible fall, which had dislocated several of the vertebrae in his back.
It seemed to Dr Shapiro, a head wound that he had apparently suffered some short time after, may have been the result of his relinquished life, in a curious act of mercy by his fellow tribe members.
The crow tribe attests to these tiny people once being gifted warriors, feared by all those in the surrounding areas. Their mounds atop priory mountains was a no-go area.
They told of the little people murdering all who ventured near them, even decimating a group of 200 strong warriors who mistakenly trespassed into their territories during the night.
Pedro, ended up in a pharmacy in Wyoming, and about seven years he was a successful local attraction.
One day when an unusual businessman offered to buy him.
After apparently paying a very large sum, the man disappeared with Pedro and he has never been seen of again.
The only existing Mummy of the little people it seems, was successfully confiscated during the late 1950’s.
To this day, it is not known where Pedro is, although for the person who locates his current residence, we have been made aware of a substantial cash prize for the person who can bring him back into the public arena, or at least enable further testing.
If you know where Pedro is, please do get in touch, there is someone with a rather large present waiting for you.
https://en.wikipedia.org/wiki/Little_...
http://www.soul-guidance.com/houseoft...