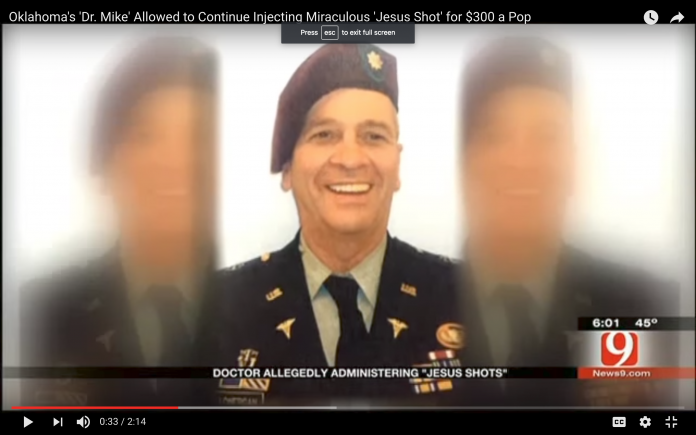 We are so sorry to announce that Dr. John Michael Lonergam, MD, or
Dr. Mike to his patients and staff, was found dead yesterday of an apparent heart attack.
We are told his girlfriend was out of town in Seattle at the time so we are told he was alone at the time of death.
I found out 24 hours ago, just hours after Dr. Mike died, but didn’t report on it immediately out of respect to the family. However, I did speak directly to his staff today because I wanted to absolutely confirm the story (as I have with every one of the 70+ deaths that have occurred in the last two years) and now that they are speaking about it, I wanted to share it with you.

The office staff were polite and very open and said that thankfully there would be a man trained to carry on Dr. Mike’s important work helping patients. They said the news of his death had spread like wildfire.
Some of his patients described him as healthy and a miracle worker, as he injected them with a “Jesus shot” which he said could cure pain. Most reports about him were very impressive. (Even the Young Turks did some videos on this well-known MD.)
Dr. Mike had a past with the government, like a few of the holistic doctors, but we aren’t making any claims. Just reporting the facts. We will keep you updated.
Our heart goes out to his family and friends.
Click here to read the full list with hundreds of articles that we’ll be updating shortly.