Was it a burned-out rocket booster, tumbling along a peculiar near-earth orbit around the sun, and only occasionally getting close enough to be studied with even the largest telescopes? 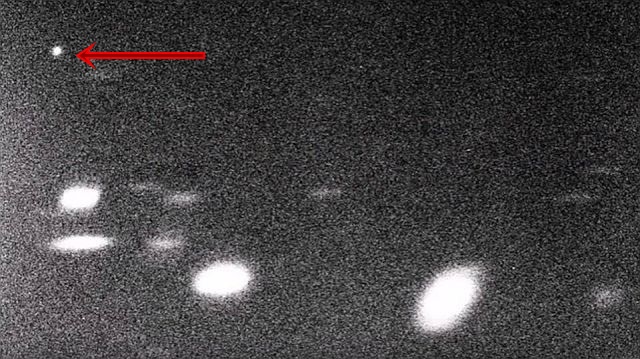 Not at all, as it turns out. While, based on previous observations, most astronomers had strongly suspected that object 2016 HO3 was an ordinary asteroid and not space junk, it took a team of astronomers led by Vishnu Reddy, assistant professor at the Lunar and Planetary Laboratory, University of Arizona, working with one of the world's largest telescopes, the Large Binocular Telescope (LBT), on Mt. Graham in Southeastern Arizona, to learn the true nature of this near-Earth object.

The astronomers are convinced that 2016 HO3 is a small near-Earth object (NEO) measuring no more than 100 meters (330 feet) across that, while orbiting the Sun, also appears to circle around the Earth as a "quasi-satellite.”

Although the provenance of the object is unknown it seems on timescales of a few centuries, this “quasi-satellite” (Black Knight Satellite?) remains within 38-100 lunar distances from us.