OUT OF MIND » THE INSANITY OF REALITY » GOVERNMENTS & THE NEW WORLD ORDER » URANIUMGATE Explodes: The White Hats Are About To Indict The Black Hats

URANIUMGATE Explodes: The White Hats Are About To Indict The Black Hats

Truly, it doesn’t get more radioactive than the Clinton’s “Uranium One” scandal now known as Uraniumgate.

This particular multi-year crime spree will be the one that finally takes down the Clinton Crime Family, once and for all.
(Source:  URANIUMGATE: The Queen Bee Gets Stung By ‘The Putin Sting’

The following list of 64 tweets taken from a page at 4chan was posted at Rumor Mill News.
It reveals information which could only be known by a very deep insider.
The fact that President Trump confidently began his East Asian tour yesterday indicates that everything is well under control in D.C.  After all, coup d’états are often executed when the president or prime minster has left the country.  The November 4th AntiFa threat of revolution seems to have fizzed out. There’s Only One Reason Why AntiFa’s NOV 4 Revolution Fizzled Out
However, it must be the extremely radioactive truth associated with the Uranium One deal (see list below) that has Trump feeling so self-assured.
There is no question that URANIUMGATE will prove to be the “Watergate” for the Obama Administration, as well as the “Waterloo” for the Clinton Crime Family.

The Millennium Report
November 5, 2017
N.B. There is much more to this story than the one outlined below.  The Russian dimension is actually much more complex…and entertaining.  As follows: URANIUMGATE: The Queen Bee Gets Stung By ‘The Putin Sting’

This was a series of 64 tweets, that was reposted on 4chan.

Here is the first tweet:
Here is the whole series as posted on 4chan, along with some subsequent short posts by whoever reposted the tweets:

1) This started either before Trump announced his run for President, or soon thereafter. Someone who knew what happened told him.
2) SOMEONE in the IC, likely military intel, sat Trump down & laid out the entire #UraniumOne bribery scheme.
3) How all across the breadth of the Obama Administration people in high offices took massive bribes to facilitate sale of uranium to Russia
4) It involved so many people, it compromised so many agencies, the people who did it counted on it never being exposed or prosecuted.
5) The lengths to which they corrupted our government offices to enrich themselves by selling out our country virtually ENSURED they’d walk.
6) People knew but nobody could talk, the people involved in the scheme were at the HIGHEST levels of the American government.
7) So patriots in our gov’t had their hands tied. There was nothing they could do to stop the sale.
8) Even after SOME of the dirty facts behind #UraniumOne became known in 2015, it was easily buried, ignored, passed by.
9) Somebody took a chance on Trump. They sat him down, walked him through what happened.
Ponder the impossible task being revealed. 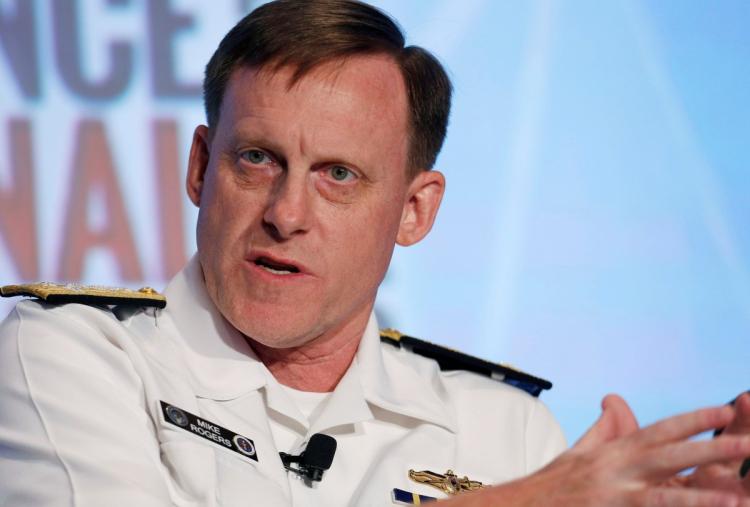 Former National Security Agency (NSA) Director Admiral Michael Rogers
[picture of Adm. Michael Rogers] This man gave Trump all the evidence he needed plus 2016 WH & IC “happenings”.
Far too late for them, anon. Have a little faith in us.
You’re not going to have much time to doubt cause there’s a hammer coming down soon.\
Tell everyone.
___
http://www.rumormillnews.com/cgi-bin/forum.cgi?read=86909
—
http://themillenniumreport.com/2017/11/uraniumgate-explodes-the-white-hats-are-about-to-indict-the-black-hats/

Posts : 1827
Join date : 2012-02-15
Age : 66
Location : Ct
This is just a drop in the bucket. There is trillions out there that has been moved around and handed out to the Washington criminals...I for one do not believe for one second that anything short of a successful NWO will happen. Its way beyond this window dressing folks. Way beyond....

Posts : 2620
Join date : 2012-01-17
Age : 74
Location : NH
Well Top I fully understand where your coming from 'cause I know you've had access to more info than I have. However I must disagree with your perspective and I'm not underestimating the scope or depth or resolve of TPTB. I have no magic lamp or crystal ball, just my gut and intuition that tells me that the system (regardless of how well or how long its survived) is unsustainable and self destructive. I'm not looking for aliens or angels to come and save us, I believe TPTB will defeat themselves with arrogance, greed, narcissism... Their hunger, addiction for power, they cannot control nor can there ever be enough.  I cannot say for certain that they will not achieve a form of NWO, as I know they are not far from it now. However even if they do it will not last. It may take the total destruction of mankind to end it, but it will end. My feeling is it will end before they get to that point. jmho...

Posts : 486
Join date : 2017-05-11
He IS an elitist, greedy narcissist.
It's like you all are so sure you hate Hitler that you would champion Himmler as an "outsider" alternative.
Sad!

OUT OF MIND » THE INSANITY OF REALITY » GOVERNMENTS & THE NEW WORLD ORDER » URANIUMGATE Explodes: The White Hats Are About To Indict The Black Hats